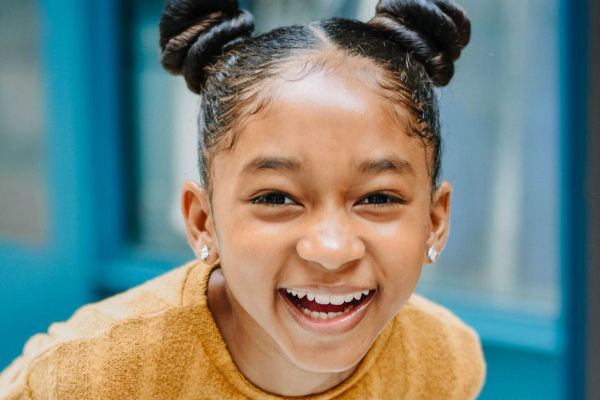 It’s beginning to look a lot like “Nickmas”! Nickelodeon is welcoming in the holiday with over 100 hours of seasonal content.

Viewers will be treated to a joyous lineup including the season two premiere of original festive competition series, Top Elf; the brand-new star-studded special The All-Star Nickmas Spectacular; and all-new episodes.

The new episodes include the net’s hit series PAW Patrol, Santiago of the Seas, Blue’s Clues & You!, The Casagrandes, The Substitute, All That, Danger Force, and more, plus classic fan-favorite holiday episodes of Rugrats, SpongeBob SquarePants, and The Loud House.

In the second season of Top Elf, premiering on Thursday, Nov. 19, at 7:30 p.m. (ET/PT), Santa (Tommy Snider) and Ms. Jingles (Samantha Turret) invite seven talented “Elf-testants” to the North Pole to compete in a series of holiday-themed challenges for the title of “Top Elf” and $25,000 to a charity on their Wish List. Each “Elf-testant” is paired with one of Santa’s elves who are excited to help bring their holiday vision to life.

The season will feature even bigger and messier challenges, including building a life-size countdown calendar, designing sweet treat carts for the North Pole street fair, reimagining Santa’s style for a high-tech makeover, creating a scenic 3D pop-up experience, and producing and starring in their very own holiday-themed music video.

Each episode of Top Elf features a celebrity guest judge to help decide who will make it on to Santa’s list and continue on in the competition. Joining as judges for season two are social media star Addison Rae, Nickelodeon’s Unfiltered host Jay Pharoah, singer-songwriter Tori Kelly, social media sensation Guava Juice and global superstar JoJo Siwa. Top Elf will air regularly Thursdays at 7:30 p.m. (ET/PT) through Dec. 17 on Nickelodeon.

On Saturday, November 28, 2020, Nickelodeon will celebrate the holidays with a brand-new star-studded special, The All-Star Nickmas Spectacular, premiering at 9 p.m. (ET/PT). Hosted by Nickelodeon’s Lex Lumpkin, the hour-long variety show will include musical performances by JoJo Siwa, That Girl Lay Lay, and Ne-Yo, along with appearances by Gabriel Iglesias, Tisha Campbell, Jay Pharoah, Trevor Noah, and Young Dylan.

The special will also feature comedy sketches from the casts of All That, The Astronauts, Danger Force, Group Chat, and Nickelodeon’s Unfiltered—including Darci Lynne with Petunia—as well as special messages from animated stars SpongeBob SquarePants, Lincoln and Lucy from The Loud House, and Ronnie Anne from The Casagrandes.

Click HERE to view a complete rundown of the net’s “Nickmas” premieres, airing (ET/PT) on Nickelodeon, unless otherwise noted.