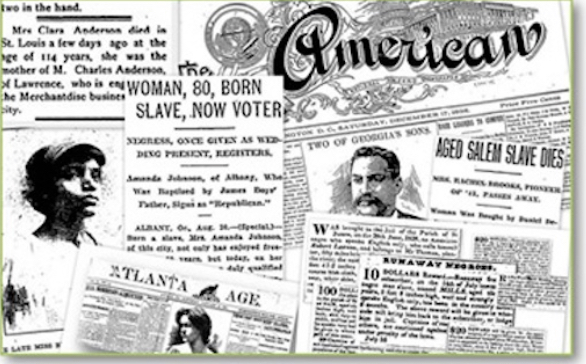 In less than three weeks, Americans will vote in the next presidential election.

This year marks 150 years since the 15th Amendment guaranteed Black Americans the constitutional right to vote, but that right remains under threat to this day. Higher rates of COVID-19 infection, disinformation campaigns, and more threaten to dissuade and disenfranchise Black voters. The media outlets that serve Black communities play an important role in supporting, informing, and protecting their voting rights.

The report for the 80-year-old National Newspaper Publishers Association (NNPA) newswire explicitly tied the story to both historic and ongoing policies and practices aimed at suppressing the Black vote. A trade association serving more than 200 Black-owned newspapers nationwide, the NNPA’s report reached Black communities all the way down the Eastern Seaboard, from The New York Amsterdam News, The Washington Informer, The Atlanta Voice, down to The Westside Gazette in Fort Lauderdale, Florida, and across the country to The North Dallas Gazette and more.

The story brought commentary too. In a column that appeared in The St. Louis American, publishing since 1928, the president of the National Urban League wrote that the story of the sitting president’s erstwhile deterrence strategy should motivate Black Americans to vote in 2020. In a more fiery tone, The Root, co-founded in 2008 by the renowned scholar Henry Louis Gates, Jr. as an online magazine for Black Americans (and sold in 2015), described the 2016 campaign strategy as an outright effort to suppress the Black vote.

Given widespread support for the Democratic over the Republican Party among Black voters, the Democratic National Committee in September launched an advertising campaign in newspapers serving Black communities in five battleground states. Ads in well-respected, legacy newspapers, like The Westside Gazette, Detroit’s Michigan Chronicle, The Philadelphia Tribune, Milwaukee Community Journal, and The Charlotte Post seek to encourage Black audiences to register to vote and cast their ballots.

Other outlets in these same areas serve potential voters that might get their news online. QCityMetro in Charlotte, North Carolina, informed voters about polling station changes they should expect to protect voters against COVID-19. BLAC Detroit Magazine reported on a different campaign to inform voters and encourage early voting in Black communities.

Related: Get Out The Vote From Harlem To Hollywood

In the ongoing series Investigating Voting and Elections, a presenter said last week at The Ida B. Wells Society, “Voter disenfranchisement is not about numbers, it’s about dignity.” As Black voters face longer lines to vote, voter roll purges in Wisconsin and Georgia, racist robocalls, and more, Black media offers them not only the information they need to access their voting rights, but also a powerful sense of community pride and encouragement.