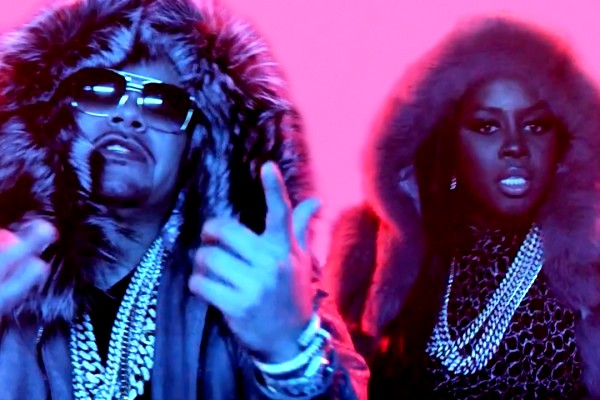 With those LPs and others, he’s earned a series of hit singles that made the Top 20 on the Billboard Hot 100 chart, including “Between Me and You” (with Christina Milian), “Ain’t It Funny” (with Jennifer Lopez), and three on which he collaborated with Ashanti: “Mesmerize,” “Wonderful,” and the GRAMMY-nominated No. 1 hit, “Always on Time.”

Singer-songwriter Ashanti, often referred to as the “Princess of Hip-Hop and R&B,” is known for vocals as sultry as they are sweet.

Since then, Ashanti has sold over 15 million records worldwide and produced more Billboard Hot 100 hits like “Rock Wit U” and “Rain on Me.”

On her most recent LP, Braveheart, she continues her R&B journey, this time integrating touches of electro, trap, and urban pop.

Longtime friends and collaborators since the 90s, Fat Joe and Remy Ma will perform their solo hits and collaborations, including the GRAMMY-nominated “All The Way Up” single (Best Rap Performance and Best Song) and Joe’s #1 hit, “Lean Back.”

Hulu Theater at Madison Square Garden continues to follow all government mandates and remains committed to delivering a world-class experience, including making health and safety a top priority.

Please note that government mandates, venue protocols, and event requirements are subject to change, so be sure to continue to check the FAQ page for the latest information.

All guests will need to follow the protocols in place at the time of their performance.

Mother’s Day Good Music Festival is an annual Mother’s Day concert celebration produced by SJ Presents The inaugural festival took place in 2016 and has garnered much success bringing some of the most iconic R&B and soul acts to the tri-state area for this phenomenal celebration of life, culture and love.

SJ Presents Inc. has over 20 years of experience in the world of music and entertainment, concert production and event/partnership marketing.

SJ Presents builds and leverages complete 360-integrated marketing and promotional campaigns and makes it known that they are not only a concert production and promotion company but a lifestyle entertainment brand.

The Company’s two regional sports and entertainment networks, MSG Network and MSG+, deliver a wide range of live sports content and another programming.