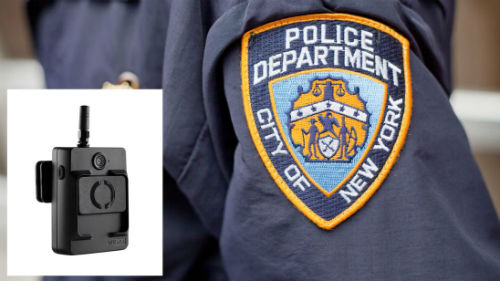 The New York City Police Department (NYPD) has suspended its use of a model of body camera from Harlem to Hollis after one exploded shortly after being removed by an officer.

In a statement, the department said one of its officers noticed smoke coming from their Vievu LE-5 device while out on patrol on Saturday night.

The officer removed the camera and it exploded shortly after, and the force said the working assumption was that its battery may have ignited.

Nobody was injured but the NYPD said all 2,990 of its cameras of that model would be taken out of service as a precaution.

Axon – the parent company of Vievu – said it would do whatever necessary to quickly and safely resolve the situation, with the NYPD has become reliant on the technology.

Similar devices are used by other forces across the country and earlier this year it was announced that paramedics would also be equipped with them to help cut down on violent attacks.

This article was edited for Harlem World Magazine click HERE to read it in its entirety.

Related:  Health Department To Install Over 300 Blood Pressure Kiosks From Harlem To Hollis