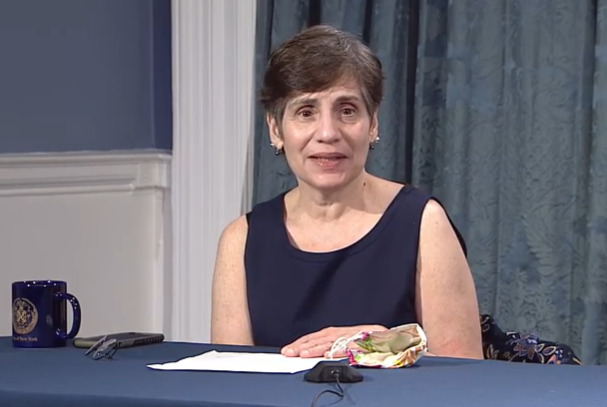 The New York City Council today confirmed Georgia M. Pestana as New York City’s 80th Corporation Counsel. Pestana is a historic choice. She is the first woman and the first Latina to lead the City’s Law Department, an agency that pursues the best interests of the City as a whole with fairness and justice for City residents.

Pestana has worked in the Law Department for 33 years, including as First Assistant Corporation Counsel since 2015.

She succeeds James E. Johnson, who was appointed in 2019 and left the position in June 2021. A 2019 revision to the City Charter requires City Council confirmation of the Corporation Counsel appointed by the mayor.

“The Law Department is at the forefront of New York City’s fights for fairness and justice, and Georgia Pestana has the experience and vision needed to win those battles,” said Mayor Bill de Blasio. “Georgia is an outstanding legal thinker and a compassionate leader, and I thank Speaker Corey Johnson and the City Council for confirming her nomination today.”

“It is an honor to serve as New York City’s 80th Corporation Counsel, the greatest legal job there is,” said Georgia M. Pestana. “This is a historic moment in many respects. I look forward to continuing my work with the dedicated professionals of the Law Department to protect the City’s interests and help it recover from the pandemic. We’ll fight on behalf of all New Yorkers. I will make them — especially other women and Latinas in this City — proud.”

In 2002, she was appointed Chief of the Law Department’s newly created Labor and Employment Law Division, which handles all the litigation arising out of the City’s role as employer of more than 300,000 workers.

“In the last 20 months, New York City has faced an unprecedented crisis and the Law Department was called upon to do more than we would have ever imagined possible,” said James E. Johnson. “Throughout it all, Georgia Pestana was the picture of calm, steady and wise leadership. I could not have asked for a better partner in the storm and I can’t imagine a better person to take the helm moving forward. Georgia Pestana will be an extraordinary Corporation Counsel, just the person this City needs to move forward in recovery.”

Zachary W. Carter said, “Georgia’s confirmation as Corporation Counsel will make her the first woman and first Latina to hold that position and that alone is cause for celebration. Equally important, however, is that she is the first Corporation Counsel in modern history to be drawn from the ranks of the extraordinary career lawyers of the Law Department. As such, she brings to the job an unprecedented knowledge of the specialized areas of law necessary to defend the legal interests of the City and its residents.”

“The City Council clearly made the correct decision in confirming Mayor de Blasio’s nomination of Georgia Pestana – a truly outstanding lawyer – as New York City Corporation Counsel,” said Michael A. Cardozo. “It has been far too long for New York City not to have had a woman as its chief lawyer. And it has also been far too long for a Hispanic not to have served in that position. Given the difficult issues the City faces, which will inevitably include major legal challenges, I believe Georgia is the right person to serve as the City’s chief legal officer and will be a terrific Corporation Counsel.”

Tracing its roots back to the 1600s, the New York City Law Department is one of the oldest and most dynamic legal offices in the world, ranking among New York City’s largest law offices and the country’s largest public law offices.

Led by the Corporation Counsel, the Department’s 1,000-plus attorneys represent the City on a vast array of civil litigation, legislative and legal issues, and in the criminal prosecution of juveniles, encompassing a caseload of 70,000 active or ongoing legal matters each year in 16 legal divisions.

The Corporation Counsel heads the Law Department and acts as legal counsel for the Mayor, elected officials, the City and all its agencies. For more information, visit the Law Department’s website at www.nyc.gov/law