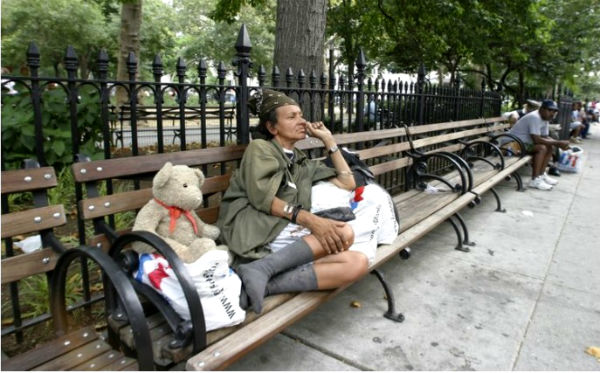 They did this during its 31st Annual Coat Drive and has now distributed more than two million coats to date. Ten thousand of the collected coats were donated directly to New York City Community Schools, specifically for students and families who are living in temporary housing. With critical support from its partner organizations and the generosity of corporate and individual donors, New York Cares provided warmth to some of the city’s most vulnerable populations in public schools, housing shelters, community centers, and social service agencies.

“In 2019, the state education department reported that more than 114,000 students in New York City are living in temporary housing. It’s our duty to provide warmth for the many students and their families who are without protection from the cold every day,” said New York Cares Executive Director Gary Bagley. “We are very grateful for the individuals and organizations that are committed to helping New York Cares fulfill requests for coats, despite a warm winter season. Thanks to our supporters, New Yorkers in need will be able to navigate the city without concern about cold temperatures.”

For the second consecutive year, New York Cares implemented a pop-up shop location for the 31th Annual Coat Drive, where New Yorkers had the opportunity to drop off new or gently used coats in person and take a closer look at how their donation helps those in need. The Upper East Side pop-up shop was made possible by in-kind sponsors, Argon Props, Fire Up Marketing, Love Knots Designs, CS Hudson, and Rudin Management. Over 100 Greater New York Automobile Dealers Association (GNYADA) dealerships collected more than 9,000 coats in communities throughout the five boroughs. Thousands of coats were donated through drop-off sites at NYC Police Precincts and Penn Station. Many New Yorkers also contributed to the coat drive through New York Cares’ text-to-donate service, which covered the cost of one coat through a $20 donation.

The New York Cares Coat Drive is one of the largest of its kind in the United States. Since 1989, New York Cares has collected and distributed more than 2 million coats, with 106,051 collected in 2018. The thousands of donated coats will be counted, sorted and distributed to organizations serving the homeless and other low-income New Yorkers, at an 8,600 square foot temporary warehouse space located at 157 West 31st Street in Midtown Manhattan.