New York And Sports: Why Is It Considered The World’s Sporting Capital? 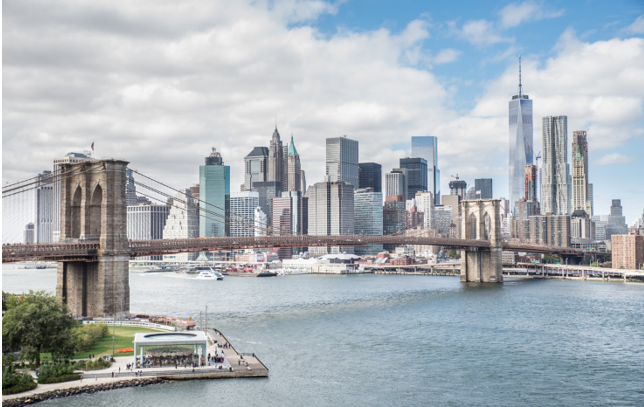 Earlier this year, New York claimed a tremendous sporting accolade for the second year in a row – BCW ranked the city as the world’s ‘sporting capital,’ beating London, England to the punch.

London had previously held onto the title across 2019 and 2020 – but NYC has really made itself known to claim the crown.

LA isn’t far behind – but what is it about NYC that inspired the claim to BCW’s crown for a second-year running? The pandemic certainly hasn’t helped matters across the globe – but you have to consider just how many big sporting events have their epicenter in the heart of NY.

Sport bettors are spoilt for choice with all the big games and events taking place in the Big Apple. The Game Day is a handy tool for fans to keep abreast of all the action and it’s the best place to find all the latest Betting Odds – whether you think the Yankees can add another World Series to the collection or if you think either the Giants or Jets can end their respective play off droughts, for example.

London’s fall from grace isn’t just COVID-based – it’s more to do with NYC’s continued growth in sports and leisure. For example, some of the biggest boxing matches on the planet have made their way to New York. However, it doesn’t stop there.

Many people will know that NYC is home to two of the biggest teams in the whole of the NBA – the Nets and the Knicks – but you need to dive deeper into other basketball leagues to measure their prowess. NYC is home to the Jamestown Jackals and the Albany Patroons, for example.

However, the city also plays host to one of the biggest teams in the WNBA, too – the Liberty – and we can hardly forget about Harlem in this conundrum, either, with kings of exhibition, the Globetrotters, having a place in NYC.

It’s easy to think that the heart of basketball resides elsewhere across the US mainland. However, with at least nine big teams in leagues across the state, New York pretty much takes the crown.

New York really does make itself known when it comes to baseball – not just in the MLB, either. NYC presents big teams in at least six different leagues and championships, meaning that if you assumed all the base-claiming action resided with the Yankees and the Mets, you’d be pleasantly mistaken.

The Cyclones, the Muckdogs, the Renegades, the ValleyCats, the Rumble Ponies – the list does go on. However, New York’s status as a baseball city is nothing new. Sports historians will recall decades gone by where the city brought forward the golden age of baseball post-World War II. Long gone were the days of Babe Ruth – and in stepped Joe DiMaggio, one of the greatest sluggers of his generation.

It’s hard not to argue that NYC was once the heart of baseball worldwide – and that this status has hardly gone away. Of course, more global sporting events are taking place in the city than ever before, but baseball has never been more popular.

Off the diamond and the court, New York sports fans can also take to the rink to take in a plethora of sporting action. At least 12 different teams are competing in ice hockey across New York, with three of them scaling the heights of the NHL and two – the Beauts and the Riveters – taking part in the NWHL.

New York has plenty of capability to host big-league ice hockey. Madison Square Garden, of course, is home to the Rangers – which has been around since the late 19th century.

Again, historians dabbling in history will also recall that the St Nicholas Rink was a leading facility of its kind in the city. Sadly, it’s no longer with us, but it’s worth noting that NYC played a pivotal role in bringing ice hockey into popularity across the US.

The US soccer scene has exploded massively in the past few decades, and New York, naturally, has a firm part to play in this rise to popularity. While New Amsterdam FC and the Cosmos play in the independent leagues, NYC also plays host to big teams across the MLS and the USL.

Any US soccer fan will likely recognize names in the Red Bulls – and of course, New York City FC itself. However, go a little bit deeper down into the leagues, and you’ll find the Rhinos, the Flames, and the Rough Riders.

NYC is therefore represented to some degree across most soccer leagues – meaning that while the city’s history in baseball is certainly longer and perhaps firmer rooted, there is absolutely history in the making here.

What makes NYC sport so unique?

There may be no other city in the US that takes on as much of the global sporting scene as New York. Of course, it can be debated, but the heart of the MLB, the NHL, and the NFL are all here. NYC has a spirit that’s hard to ignore – and it’s largely this that has led to the city claiming the hallowed crown of the world’s sporting capital two years in a row.

Teams and sporting brands have moved away from NYC in the past – but this is certainly not a trend that appears to be continuing. If anything, London is regrettably witnessing this drift-away effect – meaning now is the time for New York to take full advantage.

Sport and leisure are alive and well in New York City – the final leg of the Kentucky Derby takes place here, and if you’re feeling fit enough, you can take on the NYC Marathon. At the very least, you should make a point of catching the action by the sidelines. That’s all without mentioning the Five Boro Bike Tour, with its 30,000-strong field of competitors.

NYC is also the home of street sports and the spirit that comes along with them – from urban basketball to skating; there’s an electricity in the air that’s hard to emulate.

Will NYC continue to hold onto its title as the world’s sporting capital? Time will tell – and post-COVID, the city will be looking to rejuvenate itself in new and exciting ways – it’s going to be fascinating to see what’s in store over the decade, plus, to come.