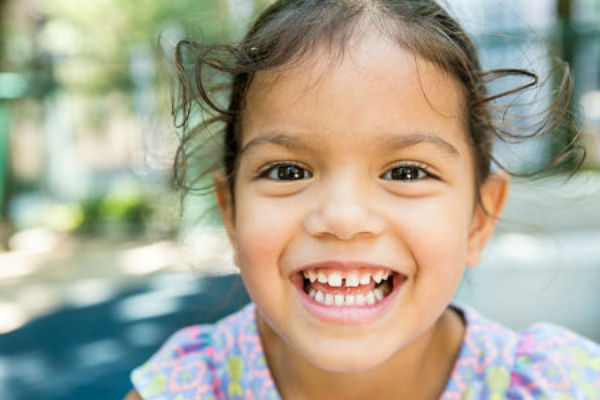 The poll found that 62% of New Yorkers favor making more people eligible for child care subsidies in the state budget.

Notably, the survey found that New Yorkers are enthusiastic about this policy, with 24% of respondents “strongly” in favor.

The poll also found strong support for increasing the state’s investment in child care across all political parties and regions of the state.

“Too many New Yorkers struggle to find affordable, quality child care, and the pandemic has only made this crisis worse. New Yorkers of all backgrounds overwhelmingly support expanding the state’s investment in child care because they understand parents can’t work, children can’t learn, and child care workers can’t survive unless something changes,” said Richard R. Buery, Jr., CEO of Robin Hood. “Increasing New York’s investment in child care is a win-win for Albany — it’s the right thing to do and enjoys broad support across the state. As lawmakers and the Governor work toward a budget, this poll makes clear that New Yorkers want increased investments in child care now.”

Research has repeatedly shown equitable access to affordable, high-quality, and culturally responsive child care and early learning opportunities equip children with tools and experiences that are needed for future success.

With more than 100,000 children ages 0-3 living below the poverty line in New York City alone, affordable, high-quality child care is critical to ensuring these children do not fall further behind.

Expanding access to child care is also critical to our post-COVID recovery.

Finally, this policy would increase wages for the thousands of child care workers who earn poverty wages, despite being essential workers who shape the next generation’s future.

This low level of pay reflects gender and racial bias — 93% of child care workers are women and overwhelmingly women of color.

In addition to overwhelming support for expanding the state’s child care investments, the survey found that New Yorkers support specific elements of proposals currently being debated in Albany by 2-to-1 margins, including:

The poll found that a majority of Democrats (72%), Republicans (51%), and Independents (52%) support making more families eligible for subsidized child care through the state budget.

More New Yorkers of every political stripe support the specific policies being debated in Albany than oppose them — often by double digits.

These strong levels of support are also seen in every region of New York State, especially on Long Island, in New York City, Rochester, and the Hudson Valley. Regional highlights include:

“The poll findings underscore that New Yorkers want a child care system that is high-quality and accessible to historically underserved families,” said Dia Bryant, executive director of The Education Trust–New York. “Even before the pandemic, all too many New Yorkers struggled to access child care that is both high-quality and affordable, and that issue has only become worse during the ongoing crisis. As New York seeks to imagine and create a child care system that is stronger and more equitable, it is crucial that increased access and capacity go hand in hand with efforts to ensure high-quality care. It is also critical that families historically underserved by the child care system are first in line when it comes to accessing new openings.”

“This poll underscores what those in the field have long known: New Yorkers want child care. They need child care. And they understand that our very economic recovery depends on parents, particularly women, being able to return to the workforce,” said Jessica Sager, co-founder, and CEO of All Our Kin, a nonprofit organization that trains, supports, and sustains family children care educators. “With increased investment at the state level, we can sustain the programs that already exist in neighborhoods across the city, build new programs, and begin to change a child care crisis to a child care opportunity.”

“Childcare has been a persistent challenge for small businesses in New York and across the country – made all the more difficult over the past two years during the pandemic. Small business owners and our employees need access to high-quality, affordable childcare – our economy isn’t working properly without it. Expanding access to affordable childcare for my employees will improve our productivity, increase our revenues, and help us retain workers and grow our business,” said Michaella Blissett Williams, owner of [salon]718 in Brooklyn, NY, and member of the Goldman Sachs 10,000 Small Businesses Voices community.

New Yorkers’ overwhelming support for this policy may be due to the fact that a majority feel it is hard for many of their neighbors to find affordable and quality child care.

To read a memo on the poll’s findings, click HERE.

The online survey was conducted in English and Spanish by HarrisX between February 11 and February 16, 2022 and included 2,132 registered voters in New York State, with a sampling margin of error of +/- 2.1 percent.

In addition, five regions — New York City, Long Island, the Hudson Valley, Buffalo, and Rochester — were oversampled to provide regional samples with a margin of error between +/- 4.5 percent and 5.6 percent.

Robin Hood has been fighting poverty in New York City since 1988. Because Robin Hood’s board covers all overhead, 100% of every donation goes directly to the poverty fight.

Last year, Robin Hood awarded $172 million in grants, filling a critical void during the COVID-19 pandemic by providing cash assistance, meals, housing, healthcare, education, and other urgent needs to one million New Yorkers impacted by  , as well as funding an array of programs and initiatives developed to elevate families out of poverty in New York City.