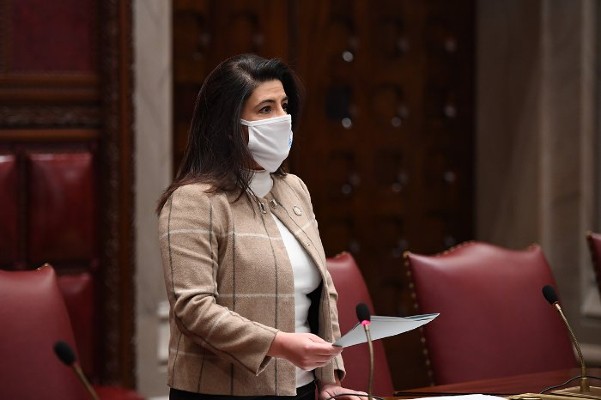 Today, Governor Kathy Hochul signed a package of legislation combating housing discrimination across Long Island and from Harlem to The Hudson.

The legislation was crafted following the publication of Newsday’s “Long Island Divided” investigation, and public hearings on housing discrimination held by the State Senate, which found evidence of widespread discrimination against minority homebuyers on Long Island.

“For too long, the dream of owning a home has been out of reach for too many New Yorkers because of discrimination and bigotry,” said Governor Hochul. “When intrepid investigative journalists uncovered housing discrimination in New York, we took action to end this unacceptable practice. I’m proud to sign strong new laws expanding access to fair housing and allowing more New Yorkers to achieve the American dream of owning their homes.”

Senator Anna M. Kaplan said “Newsday’s “Long Island Divided” investigation series made it very clear that we have a problem on Long Island when it comes to the unequal treatment of minority homebuyers, and better training for real estate professionals must be part of the solution. By training real estate salespeople to understand their own implicit biases, and helping them to rise above them, we can ensure that the American Dream of homeownership is protected for all Long Island families. I’m grateful for Newsday’s role in documenting the extent of the problem facing our community, and I’m thankful for Governor Kathy Hochul’s leadership to deliver opportunity for all New York families.”

Following hours of testimony by real estate professionals in hearings held by the State Senate, including some who were compelled by subpoena, it became apparent that many of the individuals who had been found to be engaging in discriminatory conduct were unaware of the negative impact of their actions on minority homebuyers, demonstrating a problem of unaddressed implicit bias.

Legislation by Senator Kaplan addressing the issue of implicit bias, S.538B, will:

In November 2019, Newsday released an investigative report proving that Black home buyers were being discriminated against.

Their report found that real estate agents provided an average of 50 percent more listings than they gave to black counterparts – 39 compared with 26.

The new law will take effect in 180 days.