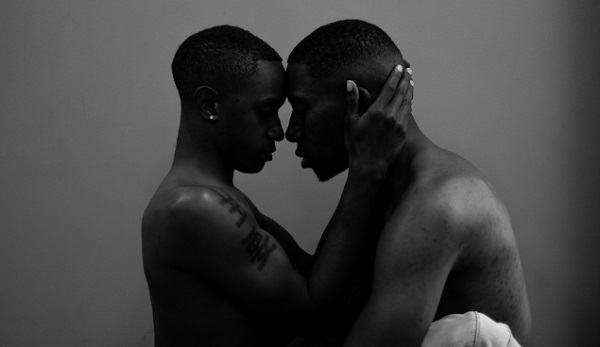 “We take a data-driven, sex-positive approach to HIV prevention that is firmly grounded in equity—and we are proving that it works,” said Health Commissioner Dr. Oxiris Barbot. “New York City can end the epidemic if we continue to fight against the stigma, bias, and discrimination that continue to be significant drivers of HIV, particularly among Black and Latino men who have sex with men.”

“The historic decline in the number of new HIV diagnoses marks another milestone in our decades-long fight against the epidemic in New York City,” said Deputy Mayor for Health and Human Services Dr. Raul Perea-Henze. “This progress is the result of government working in partnership with all communities to improve access to prevention and treatment, as called for in the innovative approach of the de Blasio administration. While we have come a long way, and stand within sight of our goal to end the epidemic by 2020, we must continue to accelerate our efforts to reach and empower all New Yorkers affected by HIV, in honor of those we have lost and those who continue to fight every day.”

“I am thrilled to see declines in annual new HIV diagnoses among nearly all groups, and ever-increasing numbers of New Yorkers with HIV being linked to care and achieving viral suppression,” said Dr. Oni Blackstock, Assistant Commissioner for the Health Department’s Bureau of HIV. “These data show the power of our dynamic, forward-thinking approach to ending the epidemic, and what we can achieve when community and government come together to prioritize science over stigma and sex-positivity over shame. But there is still work to do. Until we see equitable progress among New Yorkers from all walks of life, we must double down on our efforts to fight the institutional racism, sexism, homophobia, transphobia, and other forms of stigma that put people at greater risk of HIV infection and, for people with HIV, put care and treatment further out of reach. We cannot end the epidemic among New Yorkers without ending the epidemic among all New Yorkers.”

Declines in new HIV diagnoses were seen among men and women; Black, Latino, White, Asian/Pacific Islander, and Native American New Yorkers; residents of all five boroughs; and people ages birth to 49 years and 60 years and older. The estimated annual number of new HIV infections in New York City, a key Ending the Epidemic metric, continues to decline, down 16% from 2017 and 41% from 2014. Of people receiving HIV medical care in 2018, 87% were virally suppressed (up 81% from 2014). Viral suppression is important because it reduces the amount of virus in a person’s body helping maintain overall health. Additionally, people with HIV who are on treatment and maintain an undetectable viral load cannot transmit HIV through sex. This evidence-based finding is also known as

Undetectable = Untransmittable (U = U).

These data highlight New York City’s progress towards achieving its goal of ending the HIV epidemic by 2020. In 2015, Mayor Bill de Blasio announced the NYC Ending the Epidemic Plan, a $23 million annual investment to increase access to HIV prevention services, including through our PlaySure Network; promote optimal treatment for HIV; enhance methods for tracing HIV transmission; and advance sexual health equity for all New Yorkers by promoting comprehensive, affirming sexual health care and supporting community-driven initiatives focused on people disproportionately affected by HIV. Driving this work is a commitment to racial equity and social justice to dismantle the underlying racism and identity-based stigmas that drive HIV-related health inequities.

As part of the NYC Ending the Epidemic Plan, New York City has transformed its eight Sexual Health Clinics, all of which currently offer low- to no-cost state-of-the-art STI and HIV services, including STI and HIV testing, emergency PEP, PrEP initiation and navigation, JumpstART (immediate initiation of HIV treatment with navigation to longer-term care), and counseling services. Anyone age 12 or older can receive services at a Sexual Health Clinic, regardless of immigration status, insurance coverage, or ability to pay.

“This historic drop in new HIV cases is the result of the collective efforts of activists, public health officials and everyday New Yorkers who have sought to end the epidemic,” said New York City Council Speaker Corey Johnson. “This is truly something to celebrate, but we have so much work to do to further reduce HIV rates in New York City and make sure those who have the disease get adequate care. The City Council will continue to fight for every New Yorker affected by this disease. I look forward to the day when there are zero new diagnoses.”

“More than 100,000 New Yorkers have tragically died because of HIV/AIDS—but in this generation, we have the opportunity to end this epidemic once and for all,” said Senator Brad Hoylman. “It’s so exciting to see New York City’s policies making a difference, with new HIV diagnoses in 2018 down by 67% since 2001. There’s more work to do to finally end this epidemic, which is why I’m proud to carry legislation in the New York State Senate that requires insurers to cover PrEP and PEP, medications that are proven to reduce the likelihood of infection.”

“New York City continues to be a national and international leader in the fight to end AIDS and HIV,” said Assembly Health Committee Chair Richard N. Gottfried. “With the annual number of new HIV infections in the city falling below 2,000 for the first time ever – and with ever more of those receiving HIV medical care succeeding in suppressing the virus – New York is on a path to ending the HIV epidemic. The City’s success shows how much we can do if we engage communities, make extensive outreach to historically marginalized and underserved New Yorkers, expand access to care and prevention efforts, and ensure that medications are affordable.”

“New York City continues to show the nation and the world what can be achieved when the community and government work in partnership towards the goal of ending the HIV epidemic,” said Matthew Lesieur, Community Co-Chair of the HIV Health and Human Services Planning Council of New York, and Executive Director of iHealth. “I am pleased to see that the number of new infections continues to decline, even as the federal government continues to cut Ryan White funding for New York City and Putnam, Rockland, and Westchester Counties. I can only imagine what we could accomplish if the federal government made the same commitment of resources that New York has.”

“The declines we’ve seen in new HIV diagnoses and the progress we’ve made toward ending the epidemic are partly due to the unique partnership between the New York City Health Department, local organizations, community members, and other governmental agencies, as reflected through bodies like the New York City HIV Planning Group,” said Shirley Torho, Chair of the New York City Planning Group’s Membership and Community Engagement Work Group, and Founder and President of Innovate Access Consulting. “These bodies allow us to increase visibility of marginalized communities and amplify the voices of those who have been historically excluded from prevention and treatment tables, and they help to create a culture of accountability and transparency. To propel forward, we must continue to address the social determinants of health and ensure an equitable distribution of resources for communities most affected by the epidemic.”

“As we say goodbye to 2019 and prepare for 2020, I continue to be proud of the groundbreaking efforts and strategies we have developed to end the epidemic in New York City,” said Leandro Rodriguez, Member of the Health Department’s Project Sol Community Advisory Board, Director of Programs for the Latino Commission on AIDS and Director of the Oasis Latino LGBTQSIA+ Wellness Center. “For the past year, as a member of the Project Sol Community Advisory Board – which works to ensure that the Health Department’s high-impact HIV prevention activities and partner services are addressing the needs of Latino MSM in an affirming and culturally responsive manner – I’ve witnessed firsthand the Health Department’s commitment to ensuring our voices are heard when designing and implementing strategies to reach communities most vulnerable to HIV, including Latinx communities. I commend the Health Department for understanding that our Latinx community need safe spaces to eradicate stigma and access care.”