New Food Bank Hunger Data From Hollis To Harlem – We Have Urgent Need! 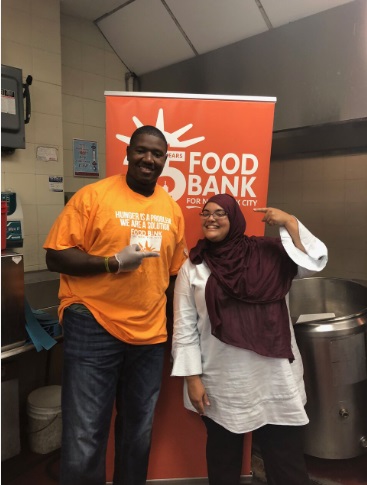 Food Bank For New York City (Food Bank) today released an analysis of the state of hunger in NYC based on feedback directly from the soup kitchens and food pantries fighting food insecurity on the front lines.

“This snapshot describes what we’re seeing right now on the front lines and comes directly from the men and women most intimately involved in ending hunger across the five boroughs,” said Food Bank For New York City President and CEO Margarette Purvis. “Our survey’s findings make it clear that in the 35th year of the city’s emergency food network, the perceived profile of reach and capacity of the neighborhood soup kitchens has completely changed. The majority of soup kitchens and pantries are forced to punch above their weight class, serving in most cases at least two boroughs outside of their own. It is the greatest indicator of growing need in our city and a requirement for families to try harder to make ends meet.”

Community districts in each borough with the highest meal gap, ranked in order:

Food Bank surveyed 735 leaders from soup kitchens and food pantries from across the city between October 6 and October 29, 2018. Food Bank calculates the meal gap based on the most recent publicly available data on food insecurity from the United States Department of Agriculture.