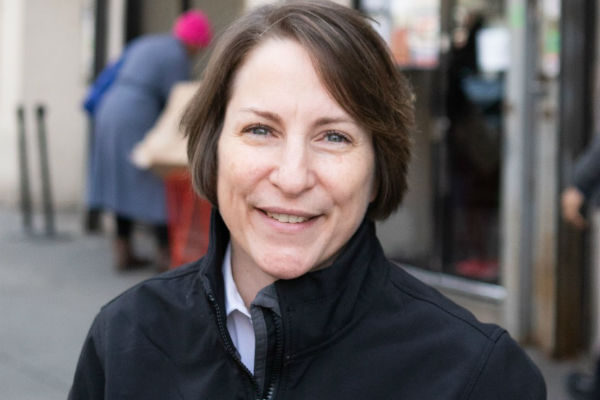 Food Bank for New York City’s Board of Directors has selected Leslie Gordon as the organization’s new President and Chief Executive Officer. For more than a decade, Leslie has led efforts to feed our neighbors in need from Harlem to the Hudson. Most recently she served as President and Chief Executive Officer of Feeding Westchester, Westchester County’s largest anti-hunger organization.

“We’re excited to welcome Leslie to lead Food Bank into this new decade. Her track record of achieving success for mission-driven organizations through energizing leadership, creative solutions, and focused strategy will be incredibly valuable to our work,” said Board Chairman Seraina Macia. “We’re proud to have such a strong and talented leader at the helm as we deliver essential support to New Yorkers in need.”

“I’m honored to join this vital organization and partner with the Food Bank team to improve the lives of our New York City neighbors,” said Leslie Gordon.

Over the past three years, Leslie has taken Feeding Westchester to new heights by challenging the team to think boldly as they chart a course for the future, and creating a special culture that is highly collaborative and inclusive. Leslie led the charge to rebrand the county’s leading nonprofit hunger-relief organization to better communicate the breadth of its work. Under Leslie’s leadership, the organization increased the amount of fresh produce to more than 40 percent and upped the amount of food distributed by 20 percent – more than the average food bank in the nation. Leslie also forged cutting-edge, strategic alliances with non-food partners – specifically with health institutions – large and small.

Leslie previously served as the Senior Director of Program Strategy and Operations at City Harvest, where she helped pioneer a new strategy that positioned the organization to double the amount of food distributed annually, led the organization’s “Healthy Neighborhoods” program and oversaw the growth of its volunteer program from 6,000 to nearly 20,000 volunteers. Prior to that, she was Executive Director of Best Buddies Pennsylvania and the Founding Director of Made in the Hudson Valley. She also served under General Colin Powell as National Director of America’s Promise – The Alliance for Youth.

Leslie will join Food Bank on March 30th and follows the outgoing leader, Margarette Purvis, who served in the role for more than eight years.

This change comes at a pivotal time for New York’s emergency food providers. Food Bank’s recent report showed that 74% of food pantries and soup kitchens reported an increase in visitors over the past twelve months, with high demand among families with children, seniors, college students, and immigrant families. Upcoming policy changes at the Federal level are expected to drive even more families and individuals to Food Bank’s network.

For 36 years, Food Bank For New York City has been the city’s major hunger-relief organization working to end hunger throughout the five boroughs. Nearly one in five New Yorkers relies on Food Bank for food and other resources. Food Bank takes a strategic, multifaceted approach that provides meals and builds capacity in the neediest communities while raising awareness and engagement among all New Yorkers. Through its network of more than 1,000 charities and schools citywide, Food Bank provides food for more than 61 million free meals per year for New Yorkers in need. Food Bank For New York City’s income support services, including food stamps (also known as SNAP) and free tax assistance for the working poor, put more than $110 million each year into the pockets of New Yorkers, helping them to afford food and achieve greater dignity and independence. Food Bank’s nutrition education programs and services empower more than 50,000 children, teens and adults to sustain a healthy diet and active lifestyle on a limited budget. Working toward long-term solutions to food poverty, Food Bank develops policy and conducts research to inform community and government efforts. To learn more about how you can help, please visit foodbanknyc.org.