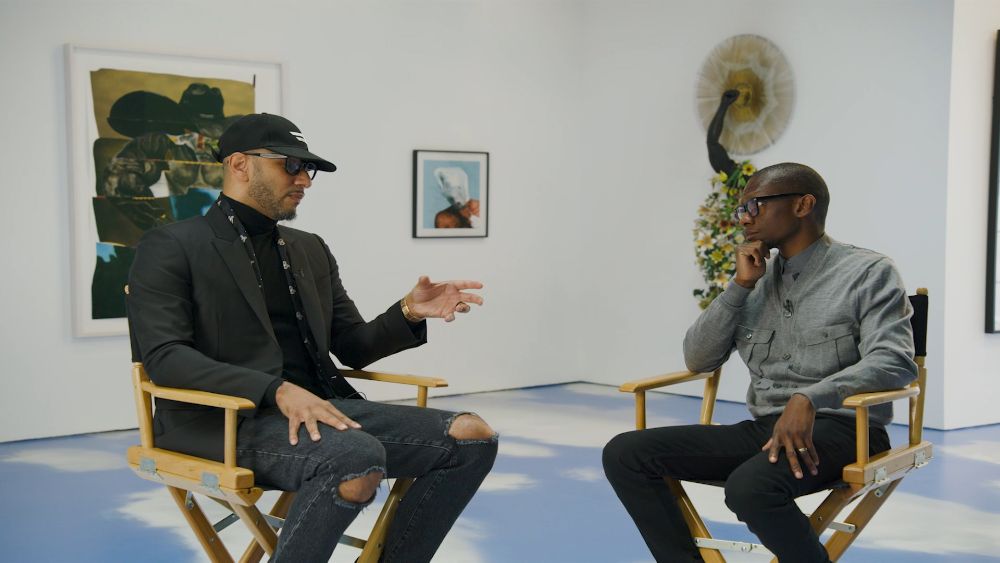 The series is created in celebration of the group exhibition DREAMWEAVERS (co-presented by UTA Artist Space and Kasseem “Swizz Beatz” Dean and curated by Nicola Vassell), and is produced in partnership with Lyft Entertainment, which has a mission to champion creative expressions from a diverse set of artists and storytellers.

Each episode is produced and directed by Migos and Halsey collaborator and Mamag Studio founders Sing J. Lee with Sylvia Zakhary.

For the inaugural episode, music producer Swizz Beatz sits down with Troy Carter, an entertainment manager who defines pop culture with entertainers like Lady Gaga and Eve formerly in his roster. The two music industry experts share their enthusiasm for collecting art. The conversation is filmed at UTA Artist Space, set against a backdrop of paintings, sculptures, and photographs created by some of the greatest artists of our time.

Check out the teaser here.

Subsequent episodes will feature creatives like Terence Nance, the filmmaker behind HBO’s comedy series Random Acts of Flyness; Arthur Jafa, an artist, pioneer of black cinema, and regular collaborator with Spike Lee, Beyoncé, and Solange; and Carrie Mae Weems, the indomitable visual artist who features TV shows starring powerful black women, like Empire and Scandal, in her photography. Jafa and Weems both have works featured in DREAMWEAVERS. Further names to follow.