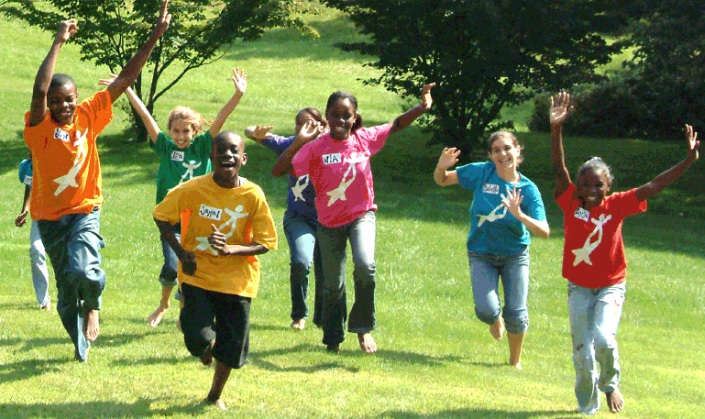 Harlem’s National Dance Institute today announced that its programming will be part of The WNET Group’s summer learning and exploration series Camp TV which returned for Season 2 on public television stations nationwide.

NDI teaching artists and musicians take children on a movement journey in eight episodes of Camp TV this summer.

The partnership comes on the heels of NDI’s programming in ten episodes of The WNET Group’s New York Emmy-nominated series Let’s Learn NYC!.

The educational public television program produced by The WNET Group in partnership with the New York City Department of Education (DOE) features lessons for children in 3K through second grade that supplement remote learning.

According to Ellen Weinstein, Artistic Director, National Dance Institute, “We are excited to partner for a second year with The WNET Group on Camp TV.

Through our participatory programming, NDI’s teaching artists and musicians deliver a magical experience of joyful dance and music to children of all abilities.” Adding that “Camp TV supports our mission to inspire children’s creativity through arts education and is an important part of NDI’s signature programming.

This summer we will also continue to engage children through ndiLIVE! on YouTube, our Summer Institute, the NDI Dancemobile, NDI’s DREAM program, and through affiliations with partner organizations including Double H Ranch.”

In the New York metro area, Camp TV airs weekdays at 10 a.m. on WLIW21; 11 a.m. on NJ PBS; and 12 p.m. on THIRTEEN. This is the second year that NDI is included in the Camp TV series which is also available on CampTV.org.

To foster a sense of community, Piser kicks off each episode with a welcome song and announces the theme for the day. Kids can prepare for each program and participate based on the theme.

In Season 2, kids will learn to garden, beatbox, investigate a “tornado in a jar,” celebrate a panda’s first birthday, do a salad dance, and make a pattern parfait and a “mini moody me” social-emotional craft. Each episode also includes a storytelling segment with a different book of the day.

Activity guides will be posted on CampTV.org so families can prepare ahead of each episode.

NDI’s programming will be included in the following episodes of Camp TV.

Camp TV is a production of The WNET Group. The program is distributed nationally by the National Educational Telecommunications Association (NETA). Sandra Sheppard is the executive producer. Melinda Toporoff is a series producer and writer. Kevin Di Salvo is the coordinating producer. Maria Stoian is the producer.

Major funding for Camp TV is provided by the Corporation for Public Broadcasting. Additional funding is provided by The Peter G. Peterson and Joan Ganz Cooney Fund and the Pine Tree Foundation of New York.

Through school partnerships, after-school classes, public performances, and teaching artist training, NDI’s inclusive and joyful arts programming provides an environment where children celebrate cultural diversity through dance and music. Since its founding, NDI has empowered the lives of more than 2 million children.

All classes are accompanied by upbeat live music by NDI musicians.

Through Passport, station members can stream new and archival programming anytime, anywhere. The WNET Group represents the best in public media. Join us.