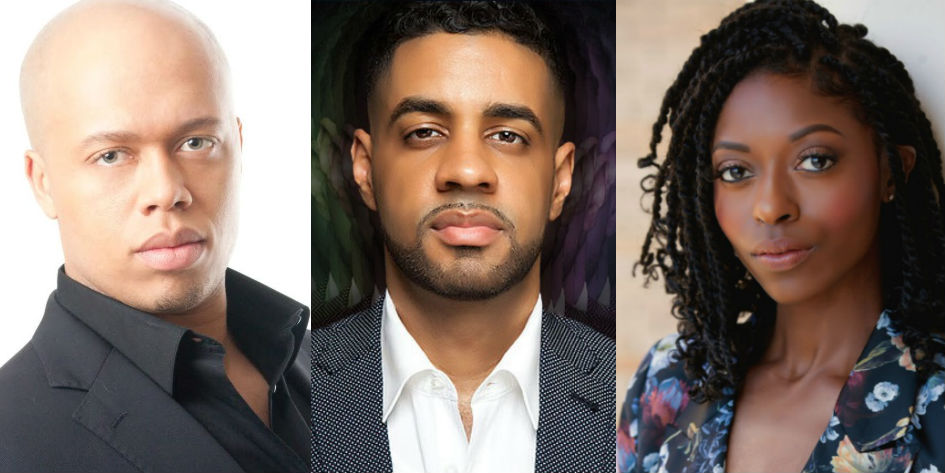 Photos of the artists are at the link below. Please let me know if you can do a piece, would like an interview or can attend and write about the concert!

The Apollo Theater Salon Series in partnership with Dr. Barbara Ann Teer’s National Black Theatre (NBT) will present WiLDFLOWER, the staged concert reading of the full-length musical with book, music and lyrics by Jason Michael Webb and Lelund Durond Thompson, at 7:30 p.m. on Friday, April 26, and Saturday, April 27, on the Apollo Theater Soundstage. Tickets to the event, directed by Logan Vaughn, are $20.

WiLDFLOWER is part of the Apollo’s Salon series, the Theater’s new works program which began in 2016 to support innovative artists and works-in-progress. The Salon Series extends the Apollo’s commitment to the creation of new, innovative works that draw upon the Theater’s rich legacy to support emerging and established artists. The event and collaboration are a part of National Black Theatre’s 50th anniversary season and its program NBT Beyond Walls, which sees the historic institution producing activities citywide, nationally and internationally.

WiLDFLOWER follows a rebellious but devoted young mother who unwittingly meets a Sangoma (traditional healer), learns her ancestors’ purpose for her young son, and then must choose between the cost of obeying her ancestors or the higher cost of defying them. Set in the tumult of the early ’90s in both South Africa and the U.S., the show features an exciting South African pop and gospel score. Support for WiLDFLOWER was made possible by an NBT grant that funded a two-week research trip to South Africa for the artists.

Tickets are $20 and are available at https://bit.ly/2VlaHyB.