‘My Life… Until Now’, Robert Ri’chard, Leads The New Cast Of The Series Harlem 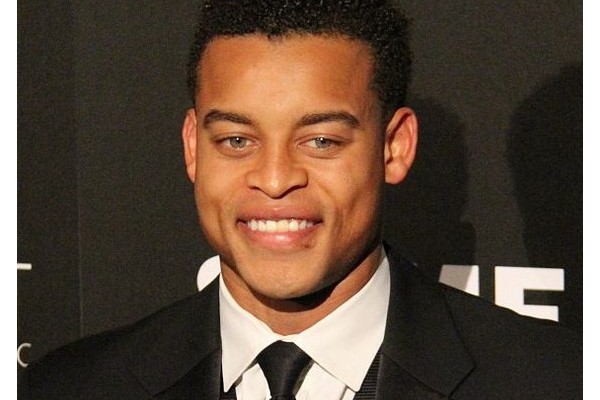 Television and film actor Robert Ri’chard is set for a reoccurring role in Amazon’s comedy, Harlem.

A tear is rolling down my cheek as I look at ‘The Fight that Never Ends’ 2021, Lifetime. Jay (Robert Ri’chard) comes home at 3 am and his woman Joanne (Christa B. Allen) wants answers.

She screams out everything she has given up for him. His rage couple with a love he has never felt… breaks his will. The pain of the world on his shoulders through tears tells Joanne he loves her. You feel the transition of a boy into a Man.

After that, I was looking forward to meeting Robert on Thursday.

As requested, I’m dressed sharply, walking to the corner where Robert is going to scoop me up.

Any actor with more than 50 television and film credits would be considered a veteran. Robert in his late 30’s started when he was 13 and got his big break from Nickelodeon playing ‘Cousin Skeeter’ from 1998 to 2001.

Robert’s career has been on an upward trajectory… from the moment he stepped in front of the camera.

I hear a hip-hop song playing, turn, and see Robert pulling up next to me in a red 1967 convertible Cadillac DeVille with a white interior. He’s wearing a white linen suit and sunglasses, which he removes revealing his captivating green eyes. He turns down the music, and said “Terrence?”

It was a stunning image of a movie star women wanted more of. “Hey, Mr. Ri’chard.” I took in the beauty of the Cadillac and then I got in and shook his hand.

“I figured we would drop by ‘Cafe 50s in Venice,” Robert said. Robert turns up the music, pulls off and we are on our way, flying down the ‘10’ and then he exits on ‘Lincoln Blvd.’

I gave him a short bio of myself and then said, “What are some of your best qualities?”

“I have the patience to listen… and the motivation to teach others, “ Robert said.

“Hmmm, that’s good,” I said. “What are some of the things you like to do other than acting?”

“I like to go skeet shooting with girls it’s fun,” Robert said. “Shooting the metal targets is really cool too, bro. It’s a great way to relax and release stress. Plus girls love it.”

“I’m sure. Is there anything you do every day that improves who you are?” I asked.

“Yeah. That’s a damn good question. I do a slow 10-minute workout on the floor that consists of a selection of planks and pushups  that’s on the internet called HighwayFit.”

The moment Robert parks the Cadillac at Cafe ’50s he’s recognized by several women. He signs a few autographs and takes a couple of selfies and then we sit in a booth.

I shook my head, “Can I pick up a body like yours at Gucci or Calvin Klein?”

The waitress comes over with a smile and takes our order.

Robert looks at her, “I’ll have a veggie omelet with Tabasco sauce,” Robert said. “Aside from French fries, Heinz tomato ketchup, and a strawberry banana shake.”

“I’ll have a spinach and mushroom omelet with American cheese, toast with butter, and a chocolate shake.”

Some might consider Robert as the most well-known, underrated actor they love to see.

I look at my notepad and then say, “I asked several women about you. The first thing all the women did was pull out their phones and say, ‘Can you spell his last name?’”

“I watched their finger slide across their phone several times. Then your image appeared on their screen, and they begin to scream, ‘Oh my God you are talking about Arnaz!’” I turned a page.

“Girl 1, I used to wish I was Breanna kissing his lips.”

“Girl 2, He played a stripper in that movie. Then she started snapping her fingers. It’s right on the tip of my tongue.”

“Girl 3, Gurl… he was standing next to Tyson. He was for damn sure holding his own.”
“Chocolate City? I said.”

“Girl 2, Yeah, that’s it! He ripped off his pants. I had all kinds of thoughts when I got home.”

“Girl 1, It’s not every day… a woman gets to dream about a man that’s as fine as Robert.”

I put my notepad on the table. “You have a solid hold on your demographic, women 25 to 55.” I snickered, “I had several older women, react to your charms also.” 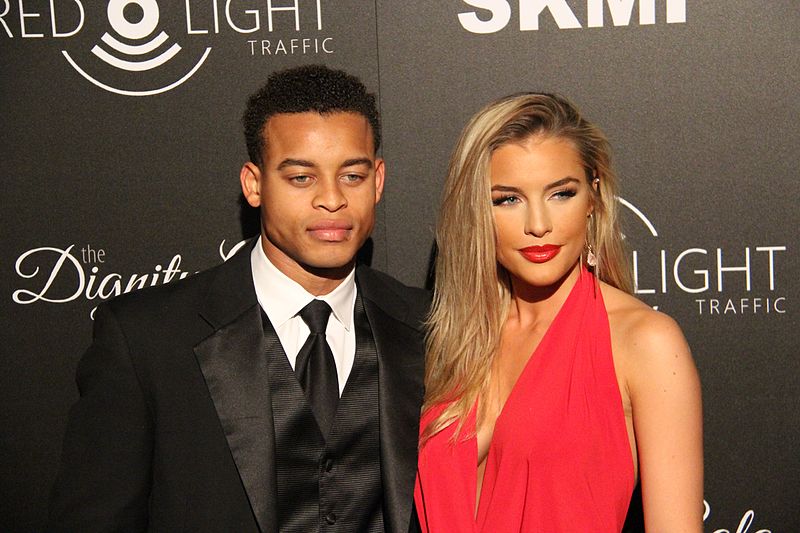 Robert was very humble and smiled.

“You are playing the Lead character in 3 ‘Pretty Precinct’, ‘Queen of Hearts’ and ‘Loosey’ of your next 5 projects. The other two projects are: ‘Harlem’ and ‘Streetball Game Over.’ That’s an amazing accomplishment.”

“You are playing the Lead character in 3 ‘Pretty Precinct’, ‘Queen of Hearts’ and ‘Loosey’ of your next 5 projects. The other two projects are: ‘Harlem’ and ‘Streetball Game Over.’ That’s an amazing accomplishment.”

“Thanks, bro.” “You have the ability to do whatever, you want,” I said. “Very few child actors can make that transition, but you have a loyal following.”

“I’m sure it will all pay off someday with you holding an Academy Award.”

Robert continued, “I appreciate you saying that. That means a lot to me.”

The waitress places our orders in front of us. She looks at Robert a bit longer than was necessary and then walked off.

I asked Robert, “What would you consider the greatest movie of all times?”

Robert went into deep contemplation, “That’s a good question, I don’t know man; it might have to be ‘Heat’ with De Niro and Pacino,” he said.

“Have you two spoken?” I asked.

Robert said, “Yeah… a couple of times. He’s really cool. I’m still like, I’m still growing in the business, but I definitely wanna do the type of work that’s monumental.”

“I want to work with directors like Scorsese a couple of times, with the two brothers Joel and Ethan, I want to leave a legacy where I’m working, you know hand in hand with some outstanding directors.” he continued.

“What other actors would you like to work with, other than Mr. Washington?” I asked.

Robert dips a French fry into the ketchup and then eats it.

“Jack… man. Jack is just a soldier. Man, it’s like he can do, so much. He plays the cool rugged boy type, like crazy. Not to mention he’s a Lakers fan. There’s also Pacino, De Niro, Hanks, and many others,” he said.

“I’m sure you can pick up the phone and call any of them.”

Robert takes a sip from his milkshake.

“When I think of what needs to be done. I think of a lot of those great actors that came from the theater world, but they were super gripping. It’s like sitting in the movie theater eating your popcorn watching every single move they make,” he said.

“Acting is supposed to be like watching a Lion, knowing every move is going to be majestic. It’s my job to continue that tradition, where people enjoy the craft of watching an actor in the movies.”

In Robert’s eyes, you can see the depth of his thoughts.

“It’s my job to like, get kids watching movies, not playing on a phone. There’s this kid named, Penn Badgley bro. He’s ferocious bro. He’s on this show called, ‘You’ on ‘Netflix.’ He’s just like… just gripping!”

“It’s like that movie ‘Milk’ the guy that played Harvey Milk, Sean Penn. That’s the kind of work I want on my resume. Where your reputation precedes you making everyone pay attention… to the details of becoming great.”

“It seems like you are thinking about your contribution after you have moved on to glory?”

“I got a lot I want to accomplish. I’m just getting started. Just warming up.”

“Where do you see yourself in five or ten years?”

“WoW! You are quite impressive. Thank you, for your time. It has been a pleasure learning about what’s important to you.”