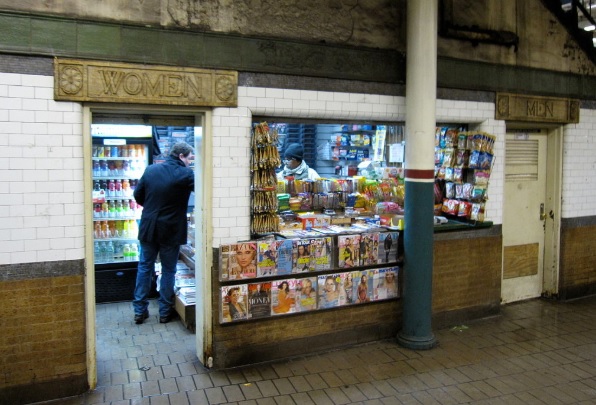 NY Curbed reports that vending machines loaded with snacks and travel-sized toiletries may replace newsstands at subway stations across the city, the Daily News reports.

The cash-strapped MTA is looking to fill its subterranean retail spaces with vending machines on platforms as a response to a decline in rider spending at human-run stands hawking newspapers, magazines, and candy. The shift has translated to vacant stands—some 40 percent of the 326 spaces on NYC Transit property are empty, the News reports.

The transit agency has 86 retail spaces up for rent, several of which could be filled with high-tech vending machines in the next few months, Janno Lieber, the MTA’s chief development officer, told the newspaper. “There were a lot of stations that were frankly empty,” he said.

The concept is not new. Subway systems across Asia and Europe have installed vending machines in stations and the Chicago Transportation Authority recently announced it will add machines that offer food and phone charging, and that will even serve as photo booths on El platforms this spring, the News notes.

The MTA has yet to settle on exactly how many machines they aim to install in the subway system but hopes the new tech will help them generate sorely needed revenue for the system’s deteriorating infrastructure.