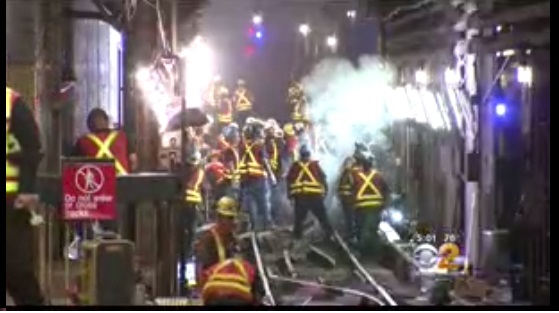 A person was struck by a train at Harlem’s 145th Street subway station Monday afternoon, transit and fire officials said.

The person was hit just before 1 p.m. at the A/B/C/D station at 145th Street and St. Nicholas Avenue, MTA officials announced. Transit officials did not disclose the extent of the person’s injuries.

Medics transported one person from the station to Harlem Hospital, an FDNY spokesman said. The spokesman could not provide information about the person’s identity or condition reports Patch.

Northbound D trains were delayed and ran express from 145th Street to 161st Street-Yankee Stadium while emergency responders aided to the injured person, transit officials said. Delays and service changes were also put into place on the B and C lines.