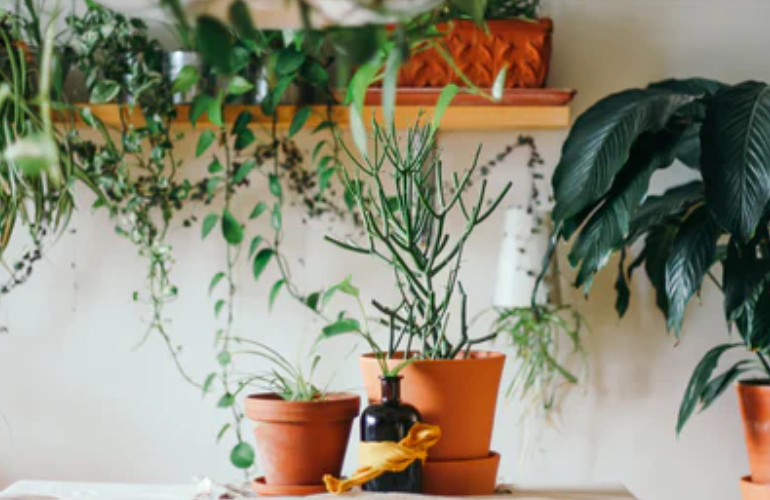 Now, researchers from the University of Birmingham explored ways to mitigate some of those risks.

According to their findings, houseplants may be beneficial at improving indoor air quality by reducing indoor air pollution levels.

“The plants we chose were all very different from each other, yet they all showed strikingly similar abilities to remove NO2 from the atmosphere,” said researcher Dr. Christian Pfrang. “This is very different from the way indoor plants take up CO2 in our earlier work, which is strongly dependent on environmental factors such as nighttime or daytime, or soil water content.”

The researchers put three common houseplants to the test for their experiment – a corn plant, a peace lily, and a fern arum.

The plants were separated and exposed to levels of pollution similar to what would be emitted into an office building located near a highway.

The team compared the plants’ activity over time and also estimated how plants could impact different-sized spaces with poorer ventilation.

Ultimately, the plants were successful at improving the air quality; all three were able to cut the pollution levels in half within one hour.

The researchers explained that this was true regardless of any potential influences, including time of day and the consistency of the soil.

When looking at different sized spaces, the researchers observed similar effects; the biggest difference was in the number of plants that would be necessary to improve the air quality.

They found that in a smaller, less-ventilated space, five houseplants lowered pollution levels by 20%. In a bigger space, that same number of plants produced 3.5% lower pollution levels.

However, the team believes more plants in the larger space would reduce pollution even further reports Consumer Affairs.