MOME Announces Third Round Of Award Recipients For The NYC Women’s Fund For Media, Music And Theatre 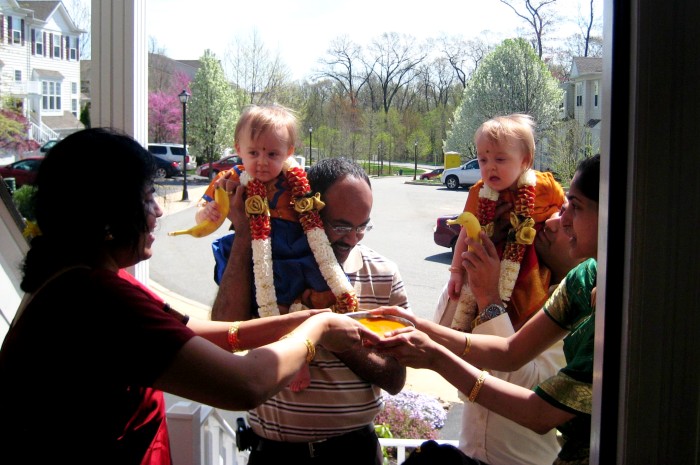 The Mayor’s Office of Media and Entertainment (MOME) proudly announces the selection of 89 projects, led by female-identifying creatives, that will receive finishing grants in the third round of the NYC Women’s Fund for Media, Music, and Theatre.

This groundbreaking initiative, intended to address the underrepresentation of women in film and digital media, music, and theatre, is administered by New York Foundation for the Arts (NYFA).

The full lists of categories, awarded projects, and industry panelists who made the selections can be found at nyc.gov/nycwomensfund.

“As Women’s History Month comes to a close, I can’t think of a more fitting opportunity to honor these powerhouses than provide city funding for their creative projects,” said New York City Mayor Eric Adams. “This administration is committed to supporting women-led initiatives, and we are proud to distribute this funding in hopes of transforming the film, television, and theatre industry to a more equitable environment for artists.”

Selected from 1,193 applications, the third round of NYC Women’s Fund projects cover a broad range of topics, represent a diverse group of voices, and feature both established and up-and-coming artists.

Launched in 2019, the NYC Women’s Fund was created to tackle the underrepresentation and equity challenges that women have historically faced in the media and entertainment industries.

In light of these statistics, the NYC Women’s Fund provides finishing funds that help creatives bring their projects, by, for, or about women, to fruition, achieve their personal and professional goals, and elevate the creative industries to a more equitable playing field.

A few examples include:

“Our mission is to bring opportunity to every New Yorker,” said Deputy Mayor Maria Torres-Springer. “Providing City funding to these talented female creatives is squarely aligned with our Blueprint for New York City’s Economic Recovery, intended to reinvigorate our cultural industries while building back a more inclusive city.”

“Congratulations to the third round of NYC Women’s Fund grant recipients, whose diverse talents promise to offer audiences a variety of experiences and viewpoints,” said NYC Media and Entertainment Commissioner Anne del Castillo. “As we celebrate Women’s History month, I commend the passion, resolve, and resilience of these 89 creatives, who produced inspiring content amidst the social and economic challenges of the pandemic. As the City takes steps to rebuild our creative economies, we continue to focus on addressing the existing gender and racial inequities that have been exacerbated over the past two years.”

“We are grateful to partner with the Mayor’s Office of Media and Entertainment to administer the NYC Women’s Fund for Media, Music, and Theatre,” said Michael Royce, Executive Director, NYFA. “We are proud to help support creatives in realizing works that reflect a diversity of voices, perspectives, and experiences, and know-how integral these funds are to helping them stay true to their vision. The peer validation that this program provides makes it all the more impactful,” he added.

“I’m proud to support this initiative – the first of its kind in the nation – to fund women-led projects in the areas of media, music, and theatre. Supporting the arts is a vital strategy for making our city a vibrant, exciting, beautiful place to be, and as the Chair of the Council Committee on Women and Gender Equity, I applaud the effort to increase gender diversity in these fields, which have been dominated by men for far too long,” said Council Member Tiffany Cabán.

“Historically, women’s achievements and contributions to our workforce and society have been undervalued and overlooked,” said Council Member Amanda Farías, District 18. “I commend the Mayor’s Office of Media and Entertainment (MOME) for countering this narrative by making history as the first city in the nation to fund women-led projects in these fields. As Co-Chair of the City Council’s Women’s Caucus and the first female Chair of the Committee on Economic Development, I am only one example of how telling women’s stories and uplifting their leadership can change the status quo for the better. In an industry that is craving more women-led narratives and perspectives, this is a great investment in ensuring more women get to take up well-earned space. Thank you MOME for recognizing the 94 amazing women who have benefited from the $50,000 grants for each of their projects in the entertainment industry.”

“Gender discrimination is prevalent in the music and entertainment industry, regardless of whether you are on-air, on camera, the artist, or producer. New York City is the media capital of the world and home to so many talented women creatives who deserve a fair chance to tell their stories, which will captivate audiences. The ‘Made in NY’ Women’s Film, TV & Theatre Fund is an extraordinary initiative that is shattering glass ceilings, increasing representation, while ending the inequities that continue to invalidate women and their experiences. Today’s announcement is the perfect way to celebrate Women’s HERstory Month and create a path towards a future that is inclusive of all,” said Council Member Farah N. Louis, co-chair of the Women’s Caucus.

Please use #NYCWomensFund to participate in the conversation on social media. For images and social media assets, please click here.

More About the 2022 NYC Women’s Fund for Media, Music, and Theatre

The 89 grants were awarded to projects in the following categories:

A panel of 42 industry experts evaluated the projects

Several of the third round recipients are well-known in their fields, including

The New York Foundation for the Arts

The New York Foundation for the Arts (NYFA) was established in 1971 to empower artists at critical stages in their creative lives.

Today, the nonprofit organization’s programs and services are far-reaching and are rooted in a wealth of physical and online resources. Each year, NYFA awards more than $3 million in cash grants to individual visual, performing, and literary artists throughout the United States.

NYFA’s Fiscal Sponsorship program, one of the oldest and most reputable in the country, helps national artists and arts organizations raise and manage an average of $4 million annually.

NYFA’s website, NYFA.org, is used by more than 1 million people and features more than 20,000 opportunities and resources available to artists in all disciplines.

The Mayor’s Office of Media and Entertainment’s mission is to strengthen New York City’s thriving creative economy and make it accessible to all.

In 2019, the creative industries accounted for more than 500,000 local jobs and have an economic impact of $150 billion annually.