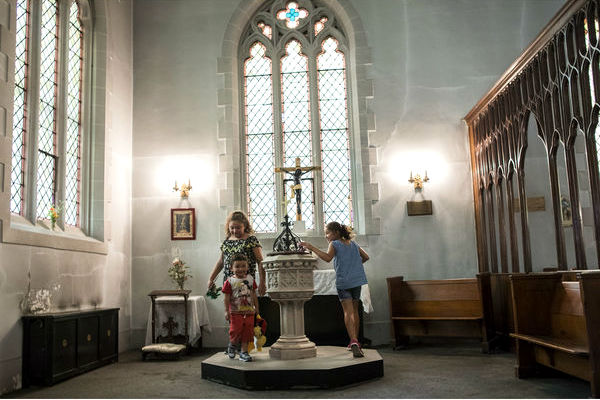 As the City agency devoted to promoting the well-being and full inclusion of over 3.1 million immigrant New Yorkers in the City’s civic, economic, and cultural life, MOIA has continued its work—through initiatives with City agencies, elected officials, community-based organizations, and other partners—to ensure the City is safe, equitable, and just for all of its residents, regardless of immigration status.

Given the current climate, it is more important than ever to understand the barriers and challenges that immigrants face, given their particular vulnerability in this time of crisis. The report includes new and updated data on the demographic characteristics of immigrant New Yorkers. Notably, this year’s Annual Report analyzes trends and shifts in these demographic characteristics over the last decade—from 2008 to 2018.

The full report is available here.

“This report comes at a moment in which our national conversation about immigration tends to fall into extreme, diametrically opposed narratives. Yet, here in New York City, our bold history as a beacon of hope and opportunity is fundamentally reliant on the principle that we are a global, resilient city, and the diversity and drive of our communities is what propels us forward,” said Bitta Mostofi, Commissioner of the Mayor’s Office of Immigrant Affairs. “Our work, through critical cross-agency, intergovernmental, multi-city, and community partner collaborations show the City operating as one coordinated body in response to the ever shifting immigration landscape. We will continue to challenge ourselves to think bigger and to build alongside all our partners and resilient communities as we work together towards a fairer and more just New York City for all.”

“We are committed to advocating and protecting all consumers and workers in New York City regardless of immigration status,” said Department of Consumer and Worker Protection Commissioner Lorelei Salas. “As an immigrant myself, I am proud of our ongoing work with MOIA to protect our communities—from financial health of taxi drivers to workers’ rights to enforcement against predatory businesses that prey on immigrants. We want all immigrants to know that the City of New York is here to support them—regardless of immigration status.”

“Simply put, New York City would not be the home we know and love without our immigrant neighbors–they are essential to the very fabric of our communities,” said Toya Williford, Executive Director of the Mayor’s Fund to Advance New York City. “The Mayor’s Fund is proud to be the connective tissue that brings the philanthropic and business communities to the table with City government to bolster meaningful public-private partnerships that benefit immigrant New Yorkers across the five boroughs.”

The Mayor’s Office for Economic Opportunity is proud to partner with MOIA in its mission to promote the economic well-being of immigrant communities and advance immigrant inclusion,” said Vicky Virgin, Research Associate at the Mayor’s Office for Economic Opportunity (NYC Opportunity), whose work focuses on New York City’s immigrant communities. “Findings from our recently released Economic Profile of Immigrants in New York City show that immigrants who are undocumented participate in the labor force at a far greater rate than the citywide average, yet economic disparities persist. We congratulate Commissioner Mostofi and her research team on their outstanding contribution to data driven policy that is tailored to address the needs of all New Yorkers, irrespective of immigration status.”

“No matter where we come from, we are all New Yorkers. As the enforcement agency for one of the nation’s strongest human rights laws, the New York City Commission on Human Rights applauds MOIA’s work, priorities and goals,” said Chair and Commissioner of the NYC Commission on Human Rights Carmelyn P. Malalis. “Our law protects people from discrimination on the basis of race, color, national origin, and immigration status, among 22 other protected classes. With unpredictable and frequently xenophobic, racist, and uncompassionate leaders at the federal level it is imperative that localities like New York City work to uplift, support, and celebrate the thing that makes us truly great: our diversity. We thank MOIA for their ongoing partnership and look forward to our ongoing collaboration.”

“Immigrant children and families are part of the fabric of our community, and ACS is committed to doing everything we can to ensure that children and families across New York City are safe and supported,” said ACS Commissioner David A. Hansell. “We have made major strides in connecting all families to services and supports, regardless of immigration status, and I want to thank Commissioner Mostofi for her tireless leadership to make New York City more safe, equitable and just for all families.”

“Arts and culture provide powerful ways for New Yorkers of all backgrounds to connect, be inspired, and express themselves,” said Acting Commissioner of Cultural Affairs Kathleen Hughes. “Our partners at MOIA have a keen understanding of this, and you can see it in their remarkable programs. From IDNYC’s cultural benefits, which open doors to our cultural partners all over the city through free memberships, to their partnership with the People’s Theater Project, using multilingual theater performances to build bridges between immigrant communities and public services – we applaud MOIA for their leadership on integrating culture into their core mission of serving immigrant New Yorkers.”

“As the Trump Administration continues to incite fear and promote hateful rhetoric targeting our immigrant neighbors, New York City is proud to provide a sanctuary that anyone can call home, regardless of immigration status,” said Department of Social Services Commissioner Steven Banks. “We at DSS are committed to building upon the progress we’ve already achieved with MOIA and our other partner Agencies, as we continue to make sure New York City is the most inclusive and equitable city for all, particularly in these unprecedented times.”

The report also lays out MOIA’s 2019 state, federal, and regulatory advocacy priorities. MOIA’s advocacy work across all levels of government is critical, with ongoing opportunities to strengthen immigrant communities, including implementation of the New York State DREAM Act and “Green Light” law, advocating for Deferred Action for Childhood Arrivals (DACA) and Temporary Protected Status (TPS) recipients, and taking on the Trump Administration’s harmful policies in court.

Additional notable statistics from the report about immigrant New Yorkers include:

The full report, which can be accessed here, has additional information about immigrant New Yorkers, MOIA programming and advocacy, and federal and state policy developments.

“Every issue is an immigration issue, and this annual report continues to demonstrate that. I look forward to reviewing it in full and seeing how the City Council can use the data and information it contains to develop policies that show the City is fully committed to that ideal,” said Council Member Carlos Menchaca, Chair of the Immigration Committee.

“This report makes several facts clear: immigrants are an important part of the fabric that makes up NYC, yet they are at risk of marginalization due to inadequate healthcare, financial insecurity and a hostile federal administration,” said NYC Council Member Daniel Dromm. “Though there is still much work to do, this report illustrates how our city has stepped up for immigrant families in a big way over the past year. Its findings will help NYC agencies improve services offered to our constituents—from expanding language access to better cultural competency training for city staff, and much more. As lead sponsor of Local Law 185 which calls for the issuance of this report, I am pleased to have worked alongside MOIA and Speaker Johnson to ensure that NYC serves all of our diverse communities.”

“MOIA’s latest report is an unequivocal reminder that we need to continue to advocate for our immigrant communities, and that the work we’re doing to expand access to healthcare, language capacity and interpretation, and labor protections is more critical than ever. I thank MOIA for breaking down the data we need to continue to strengthen protections for immigrant New Yorkers,” said Council Member Margaret S. Chin.

“With three out of five households including at least one immigrant New Yorker, it’s clear that foreign-born residents are deeply woven into the fabric of this diverse city. I applaud the Mayor’s Office of Immigrant Affairs for assembling this report and I’m particularly heartened to see the portion of uninsured immigrants dropping across the city,” said NYC Council Member Francisco Moya. “It proves that when we work together and reach our hands out, the effect can ripple across communities and improve the lives of countless people. I will continue to work with MOIA and with my community to ensure that every immigrant New Yorker – especially children – have access to quality health care.”