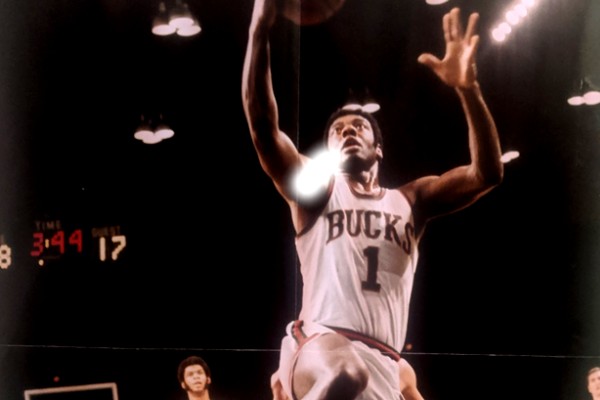 Johnnie Ehrenfeld and I at age fourteen in ’67 trudged fifty blocks down Broadway through a blizzard like this one to buy an Oscar Robertson “Big O” basketball and two uniforms at the old Madison Square Garden’s Gerry Cosby’s Sporting Goods store. Our Manhattan Yellow Pages marathon phone calls found a friendly church pastor who’d allow us to shoot hoops in his gym.

Excitement outlasted fatigue as we reached the parquet court strutting like stars. We lined up one on each side as the nine-team league Knicks did for layups that launched pregame warmups. I hummed the arena’s organ tunes as I felt the ball’s pebbled surface before hoisting shots. It took mighty heaves to reach the ten-foot-high hoop. I was “Little M” at five feet, five inches, not the 6-5 “Big O,” after all!

Having seen him torch the Knicks for the Cincinnati Royals in person and on Channel Nine’s “Saturday Night Sports Special” (when hockey didn’t preempt it) I could practice moves.

Robertson, fluid, had exquisite body control as a YouTube video this morning reminds me. His individual award list is long. He mentored the Milwaukee Bucks to a championship in his career’s waning days.

A hesitant lane driver because I wore glasses and lacking an accurate jump shot I became a tenacious defender so team captains would pick me for intramural tourneys at school. Hot shooters knew I could intercept passes, steal dribbles, set plays. In a church gym on a snow day as hoop dreams engaged me I could do even more.

Johnnie and I ran the court’s length all day long, acting out imaginary NBA games that we loudly announced with Marty Glickman and Marv Albert’s trademark phrases. The former’s “’ Swish!’ for a basketball shot that went in without touching the rim or the backboard and ‘Good like Nedicks’’ call for a basket which referred to an early sponsor, a purveyor of orange juice and hot dogs, was for an earlier generation what (the latter’s) ‘Yes!’ was later on,” Stan Isaacs in 2001 wrote in Newsday.

At 67 in Brooklyn amidst the Coronavirus pandemic, I text my adult sun in Arlington, Virginia as we watch Knicks games on cable television to the “swooping and hooping” eloquence of former Knicks all-star and champion Walt Frazier, my 1967 role model defender.

Robertson at 82 is bitter. Present stars, he says, don’t know how his activism enriched them. 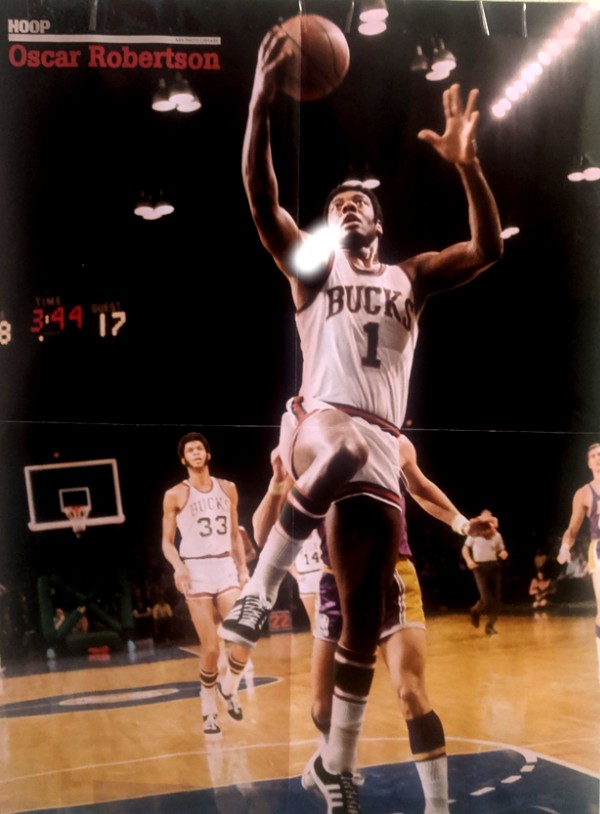 The “Big O” in prime playing years told the US Senate that the reserve clause binding players to single teams were a modern form of slavery. In the US Supreme Court case of Robertson v NBA,  he toppled it plus the rule that compensated teams for player movements, paving the way for today’s standard free agency and skyrocketing salaries.

But once upon a time, two teenage boys paid homage with an Oscar Robertson “Big O” ball and hoop dreams in a Manhattan house of worship’s empty gym on a snow day like this one. I look through my living room and wonder who’s playing today.