Mike’s World: Marching To Oblivion From Harlem To Hollywood? 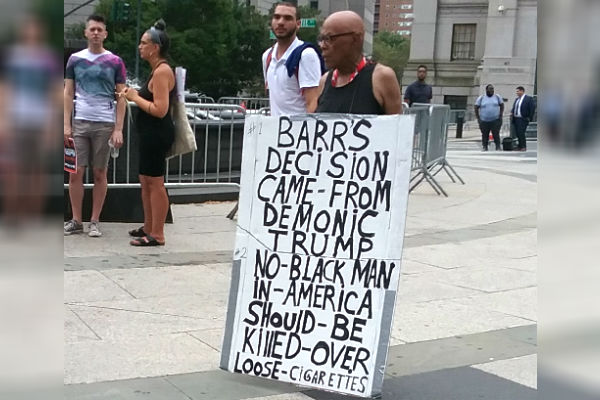 A sunlit diamond blinds me on a perfect baseball day.

My bench seat in left field, free in Brooklyn’s Prospect Park costs a cool hundred as a “cushioned premium seat” at the new Yankee Stadium.

The old ballpark’s hardwood bleachers cost 75 cents in the Sixties! Home plate was hard to see but players practicing in the outfield heard your call. Starting pitcher Mel Stottlemyre doffed his cap one epic Sunday when I praised his Saturday shutout of the archrival Red Sox. Relief pitcher Pedro Ramos cursed my friend Johnnie and me when we made vocal contact, prompting my first advocacy letter in a career of confronting injustice.

“This does not reflect how the New York Yankees view their fans,” Public Relations Director Bob Fishel replied. “We have shown your letter to Pete Ramos. This will not happen again.” Then fourteen years old, now sixty-seven, I tear up while quoting. It’s different now; authority figures put easily ignored online “contact boxes” between themselves and citizens.

Midlevel minions repel follow-up phone calls: “She’s not available.” “He’s in a meeting.” “When did you say you sent the email?” “What was it about?” “I can’t find it.” “Please hold.” It’s verbal tennis. Your opponent outlasts you.

Parties joust in Congress. Coronavirus surges. Trump infects himself and others. We pay dearly for the arrogance of power. One hundred schools in twelve neighborhoods have closed. Had festive children with cartoon figure backpacks been marching to oblivion?

Nature’s beauty, typically soul-soothing, fails its mission now. I stare in vain at the ball field’s emerald grass. The cacophony of traffic’s honking horns disrupts my reverie. Six siren-wailing ambulances pass. I salute the doctors, pray for the patients.

A neighbor’s mask-less nurse burst from our building door to cough and spit before my dog and me this morning. I pled in vain, “please wear it” when I saw her crumpled pocket mask. Zeus in Homer’s Iliad would hurl lightning bolts. I mutter epithets because I’m afraid.

“The self and the rest of the universe are not separate entities, but one functioning whole,” a Zen tenet says. I live in the context of others’ actions, controlling mine alone unless something I write persuades.

My life’s goal was to improve others’ lives. President Eisenhower was the greatest man in the world, childhood’s teachers taught, so that office became my ambition. I worked in Washington on Senate staffs for men who sought it, but I disliked their public distance and my overflowing inbox.

Community organizing and the Peace Corps gave the direct human contact I craved. I learned to listen in homes or on the streets, absorbing Korea’s culture and New York’s urban issues. I trained special education teachers abroad, led a summer jobs campaign at home. I forgot about bridging race walls because I was often the lone white man at work building teams. Satisfaction lay in reversing the norm.

I passed an activist baton to the young through a career teaching the bottom-up history of how unsung heroes and heroines faced moral dilemmas – moving high school students through research to action, achieving a dangerous train station’s renovation, and arguing against “stop and frisk” abuse in a private meeting with the police commissioner. LinkedIn shows they’re still involved in good causes.

“History comprises alternating periods of hope and despair, activism and passivity,” the late Bayard Rustin, an architect of the August 1963 March on Washington, once told a Morehouse College commencement.

“Washington’s noise drowns out so much of the country’s good grassroots work,” Rob Corcoran, author of Trust Building: An Honest Conversation on Race, Reconciliation, and Responsibility, your phone discerns.

Writing helps my own insight emerge.