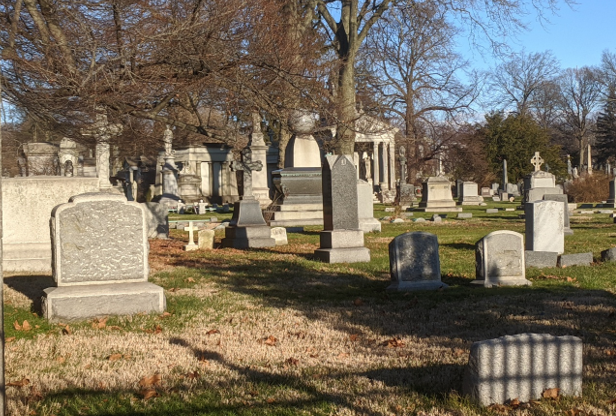 “Life is a spark between two identical voids,” psychotherapist Irvin D. Yalom writes in Staring  at the Sun: Overcoming the Terror of Death, “the darkness before birth and the identical one after death.” I side with him from adulthood, having paced among gravestones in Brooklyn’s Greenwood Cemetery where silence embraces what 570,000 once vibrant lives.

They compel us to live with foresight and compassion in our fleeting earthly time.

No book or ballad, Senate bill, or people’s protest alone pierces the inertia of a political establishment that in the face of dire needs enshrines the status quo.

Prosecution for the Capitol attackers plus forceful Biden action in FDR’s tradition of the “first one hundred days” is the least we must demand.

In my twenties, I chafed at “Senatorial courtesy” shown to segregationist Mississippians John Stennis and James Eastland when I worked on Capitol Hill in the Seventies but it seemed the tide was turning. President Nixon had been forced from office for obstructing justice and abusing power before I reached Washington. Democrats controlled Congress after Watergate. Ford and Carter were decent men.

It was but a honeymoon. Reagan’s military expansion and trickle-down tax laws tripled the deficit. He slashed social services and espoused “states’ rights” at the site of civil rights killings to court conservative southern Democrats.

The “radical action” Scranton calls vital clashes with Democrats’ calls for “healing” after the Trump insurrection; will President Biden and Senator Schumer soften measures for across-the-aisle aid (a flaw in Obama’s approach)? Passivity would seal our fate. Strong moral stands might save us.

Seventeen years await me at 67, I trust, both parents having lived to their eighties. Mom broke hips in late-night falls as dementia set in, erasing her Italian and French culture interests but excising her rage at a hostile divorce, toward a soul-calming peace.

He created the original “Winston Tastes Good Like a Cigarette Should” and “To be crisp a beer must be icily light, lively and golden, precisely right” Ballantine Beer campaigns, a disturbing legacy that valued products over people, he confessed in elder days.

Eighteen months ago felt my time to retire from a nineteen-year career teaching history after a baker’s dozen in government.

In classrooms, I’d grown in my craft discarding textbooks for primary sources, sowed academic rigor in a spirit of community, practiced what I preached about confronting injustice for two thousand students whom I taught from a bottom-up outlook.

In a Zen Buddhist sense part of life’s process, I was not indispensable.

I stepped aside to make sense of the world, writing stories – keyboard tapping, topsoil turning to excavate life experience for insight, forgiveness, resilience to share with searching readers.

I explore the racism I at seventeen swore my generation would solve. Good and evil have always gone back and forth on a seesaw, I surmise. That injustice abounds confounds my old age.

Police brutality against people of color seems more brazen, open, often. The New York Times reveals “the stock market is now tipping into outright euphoria despite a pandemic that has killed more than 300,000 people, put millions out of work and shuttered businesses around the country.”

A record 20,210 homeless single adults plus 18,653 homeless children slept in New York City shelters in October 2020 according to the Coalition for the Homeless as the world’s richest nation squanders wealth and human life in Afghanistan and Iraq where George W. Bush and Dick Cheney’s endless War on Terror, allegedly to “export democracy.”

Public parlance has a social impact. Commercial slogans like T-Mobile by Verizon’s “Rule your day!” and Etsy’s “Win your gifting!” feed primal needs for dominance.

Note the imagery as soldiers “fight for freedom,” candidates “fight for the middle class.” My Congressional Representative, Jerry Nadler, is “on the front lines,” a “relentless defender,” “fierce advocate” and “fierce promoter,” his House website proclaims.

Self-aggrandizing language is normal in politics. It implies that we are allies or enemies. It manifests the arrogance of power that would rather “build a brand” than bring people together.

Even President-elect Biden, who speaks of bipartisanship and healing, in his election triumph speech cited “the battle to restore decency, defend democracy and give everyone in this country a fair shot.”

How can we affirm the Declaration’s assertion of “unalienable rights to life, liberty and the pursuit of happiness” toward the Constitution’s vision of “a more perfect union” when leaders speak of life itself as war?