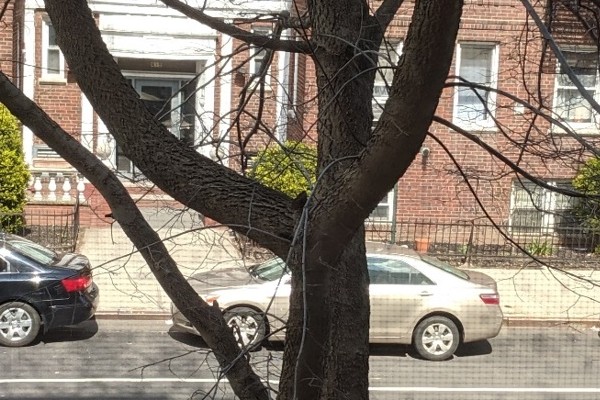 Tendrils reach the living room window. The tree, a friend, beckons. It was here sixteen years ago when Sharon and I bought this Brooklyn apartment. Sturdy through blizzard, hurricane, drought, the tree comforts me now. It brought joy in past years at this season, as early buds renewed the tree and my spirit after winter cold and school stress, but at the pandemic’s first-month mark I stare out for solace.

One should collaborate with nature, not act as its master, a Zen tenet says. I greet the tree each morning and honor its endurance. A long limb can almost reach my window. Two men from the city’s Parks Department halved it with a buzz-saw last year as I cried out in vain. That resilient branch now extends itself in my direction. It entreats me to accept from its example that our health crisis, too, shall pass. I nod in affirmation, though uncertain.

“A man does what he must in spite of personal consequences, in spite of obstacles and dangers and pressures, and that is the basis of all human morality,”

My father taught me as I grew up in the Sixties to solve my own problems. Manhattan’s Upper West Side, where we were, was politically vibrant, racially diverse. Intellectually stimulating, conscience-pricking throughout the Vietnam and Civil Rights eras, the “A man does what he must in spite of personal consequences, in spite of obstacles and dangers and pressures, and that is the basis of all human morality,” President Kennedy said at the time. His insight has been my beacon light.

Stuffing envelopes for Mayor Lindsay’s campaign at age twelve after school, the West Side Democratic Club’s youngest voting member at fourteen, in student government through middle school, pitching in with high school peers for a bus rental to the Vietnam Moratorium in Washington, I lived by what my two heroes had said.

As a young adult, I served as a Senate aide and Peace Corps Volunteer. I have since started a school, hosted a talk show, advised politicians. Sharon’s steadfast support saw me through graduate school at night while with children and working full-time to earn teaching credentials. I willed myself at my career’s midpoint to oppose a corrupt high school principal who retaliated against me but was removed from his position.

I’ve always leaned into a challenge, but our unique health crisis of uncertain duration defies a lifetime’s can-do practice as hand washing, mask-wearing, hydration, and standing six feet away from my neighbors, masquerade as great deeds.

It would be well for a national humility to emerge from our present predicament. May we care more for one another across cultures, creeds, and customs when it is done? Might the self-professed “greatest country in the history of the world” ban that phrase from parlance so we perceive ourselves part of a world community as the United Nations at its founding intended?

So many people face hardships beyond illness now. Syria’s once-promising Arab Spring revolution has become a ten-year-old civil war. Our thirteen years in Afghanistan squandered wealth and lives with no signs of stability.

“front line soldiers in our war against an invisible enemy.”

Congressmen Max Rose and Greg Meeks extolled doctors and nurses on television as “front line soldiers in our war against an invisible enemy.” It is appalling violent rhetoric, typically male, directed toward frightened citizens by elected officials who should focus instead on providing first responders with adequate ventilators and proper protection.

The tree shimmers outside in the late afternoon. The day’s sunshine is soul-nourishing, but a terrible beauty surrounds us – abroad, the world in turmoil; across the hall from our home sits a neighbor self-quarantined, health compromised by having been exposed to the virus.

A beloved soup kitchen friend, vital at eighty-nine, lies in hospice with injuries that a car collision inflicted. “She has a collapsed lung and the hospital can do nothing more,” an email informs “They had to use the ‘jaws of life’ to get her out of the car.: She should not have been driving but did so to fill the car’s trunk with potatoes that with pasta and vegetable-leavened shredded chicken would become Wednesday’s hearty soup.

Her sparse but well-chosen words brought us close: “You’re always right there with whatever needs to be done,” she said once in passing. Clearly, in charge of the meal preparation, she respected everyone’s personality, space, and commitment.

“I love their music,” she whispered when I told her in December to make conversation that Sharon and I looked forward to the Paul Winter Consort’s winter solstice performance at the Cathedral of St. John the Divine – so I bought a recording that I silently slipped in her hand as I sliced the next week’s gnarled spuds. She’s had a good life, I’m told, as a forty-year first-grade teacher with thirty-one years in the soup kitchen, but she deserves a better death.

Beyond my window, the tree branches shift in the breeze, waving their gentle farewell.

Michael McQuillan is a former U.S. Senate aide and Peace Corps Volunteer, he served on the NYPD Training Advisory Council. He teaches history and mathematics at the Expeditionary Learning School for Community Leaders in Brooklyn. In addition, he is author of an article posted on the site this past week titled “Op-Ed: What Makes Social Protest Effective? A Unique School Sends Teens Citywide Seeking Answers.“ Last, he has a more important job as a husband and father of two. mcquillan-unity-forum.squarespace.com/ 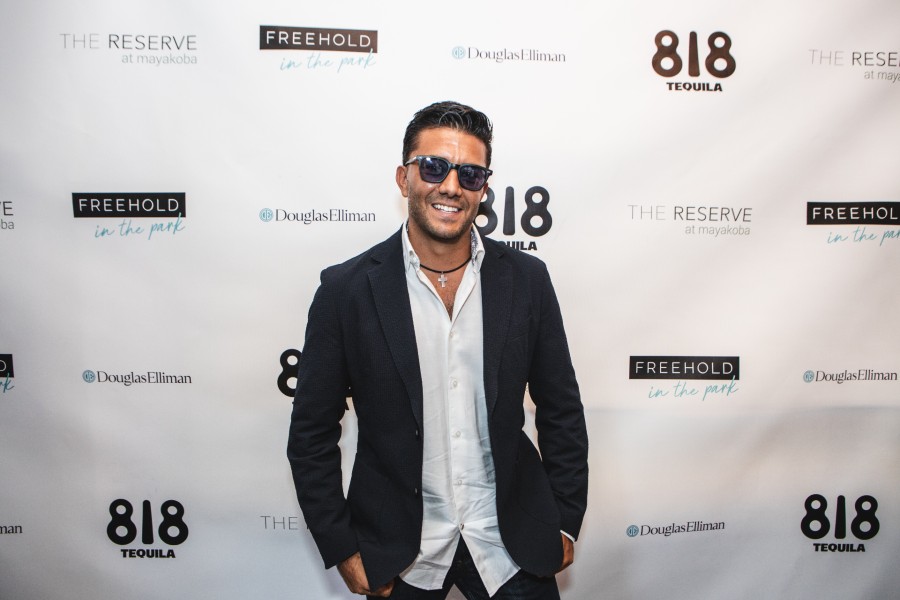