Michael’s World: The Value Of Writers Groups From Harlem To Harare 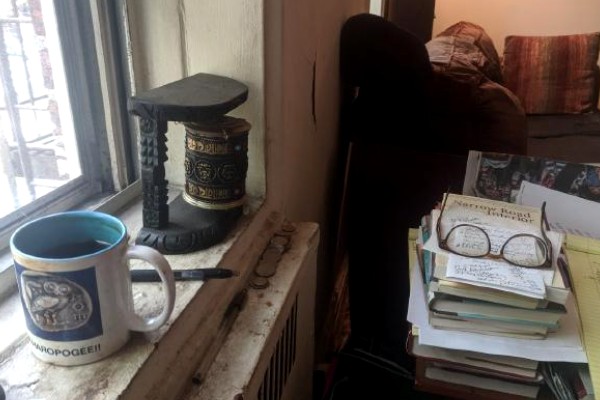 Ideas flood the mind like a jukebox showcasing songs. I sit in my living room corner ready to write but the pressure to fill white space with word pearls or catch eyes with the lead overwhelm the insight that writing is a process.

“Lincoln, who had an auditory sense for words, was fond of alliteration, which produced connection within the paragraph for the hearer.”

His artistry had assonance, mixed high and low syntax, even when long was concise and concrete. One such element takes me time to plan when drafting, but puckish second-guessing makes sweet prose seem stale.

Lincoln edited as aides read aloud. With him, in mind, I practice for open mic readings to writers whose feedback strengthens stories’ substance and style.

I click our kitchen stove timer to rehearse the National Writers Union’s seven minutes on Thursdays or the Writers Mic Meetup’s five-minute third Tuesday gift. I delete discordant words, vary pacing and cadence, make eye contact with pigeons that land at the window.

Though attentive they have no suggestions, yet their presence prepares me for humans.

Six months together builds trust in both groups.  Feedback’s honest, pointed, wise. Having taught history I can obsess over evidence. Share your experience, someone said when an essay on “Why I Couldn’t Embrace the Catholic Church” bogged down in quotations.

Deletion made space for insight from an early church memory, inducing wholesale revision into what The Write Launch has published. I reciprocate specific praise and suggestions. Did a History News Network essay lay it all on the line or hold back?

Is there a theme along with each week’s surprise in a novel? Could changing line breaks make a poem’s rhythm better? Will adding images enliven stories for Harlem World Magazine or The Insider?

We take heart as we grow, cheer each other’s success, trade tips on where to submit or who quickly responds, since literary journals may take as much as six months.

A Gotham Writers course on nonfiction book proposals bred a “family” with three writer friends who’ve been a balm for political and pandemic anguish while sharing market plan and sample chapter critiques.

I retired in June 2019 to center myself in the right spot to write. The tree by my window and a crushed coffee cup in the street trained my eye to perceive them in context.

Beyond the tree’s leaf type or bark pattern, what roles may it play in our lives? What has it witnessed, having lived longer than I? Who made that cup? How far had it come for how long, to fulfill its function, then lie discarded?

Now I’ll never forget it! The National Writers Union’s Alexandra Faiz (who hosts Thursday night readings) had asked me to “say a few words” that morning then feel free to leave, but as La Fortaleza’s Felix Leo Campo warmly led the event I felt eager to stay.

By sunset, I’d savored the stimulation of a new writers group plus a performance tip for my next open mic. I don’t play guitar, drums or cello, but might find a tambourine in my closet!

Photo credit: The nest where I write with a Tibetan prayer wheel and French coffee close by. The cup’s ancient Athenian coin image symbolizes its early democracy.