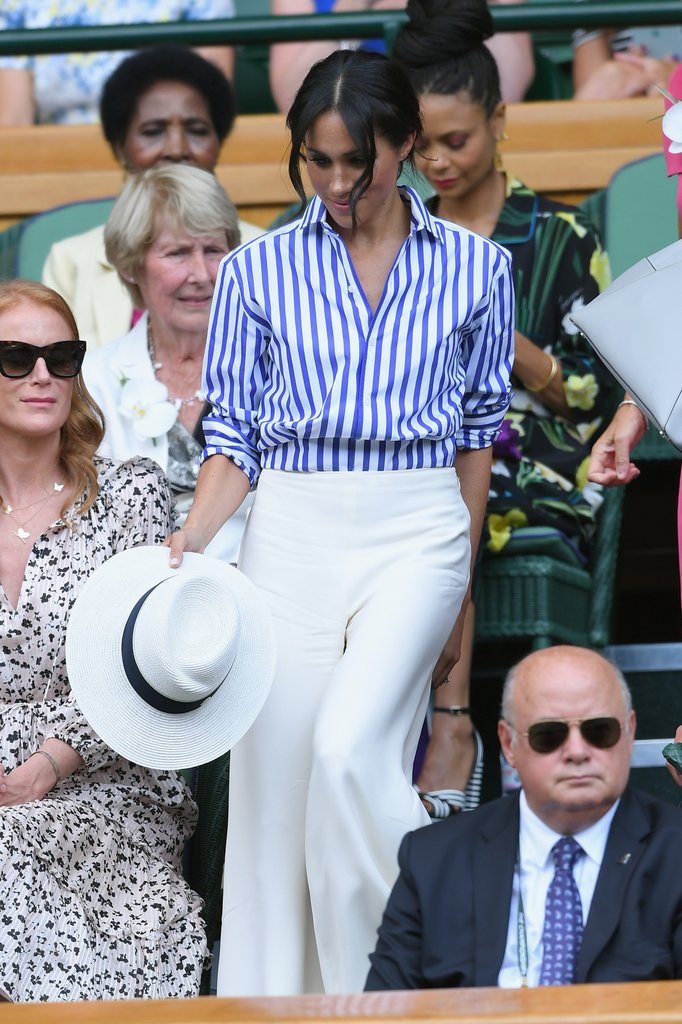 The Megan Duchess of Sussex wearing timeless Althea Gibson Harlem tennis style and the Duchess of Cambridge attended Wimbledon together for the first time on Saturday afternoon to watch the women’s singles final.

Cheers greeted the Duchesses as they took their place in the royal box to watch Serena Williams, finalist and a close friend of Meghan Markle, play Angelique Kerber. Kerber eventually won in two sets and took home the title. 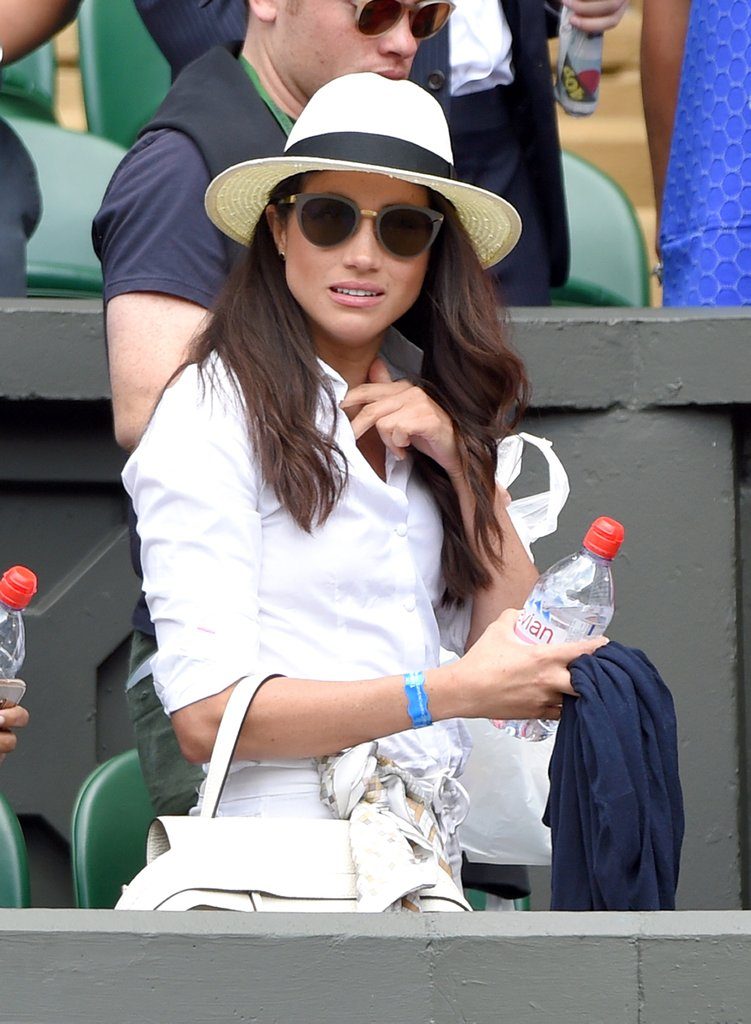 Markle traded in her bateau-neck dresses for a more casual Harlem cool look. She wore wide-leg cream trousers with a blue and white striped shirt by Ralph Lauren. The American label is the official outfitter of the event, supplying a range of uniforms for Wimbledon.

Ahead of the finals, the two met with other players, ball girls and ball boys. The Duchess of Sussex was pictured shaking hands with junior players Whitney Osuigwe and Caty McNally from the U.S. 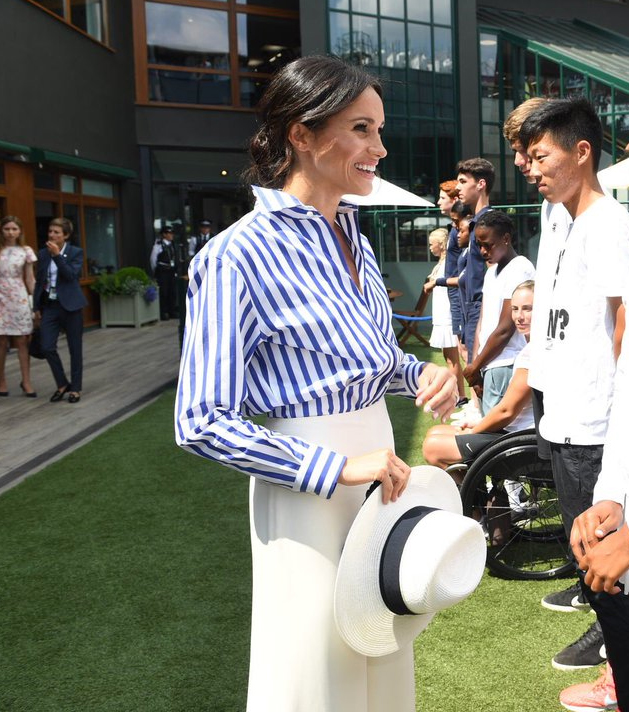 Williams is a seven-time Champion but she will not be nabbing an eighth victory this year as Kerber scored a 6-3, 6-3 victory.