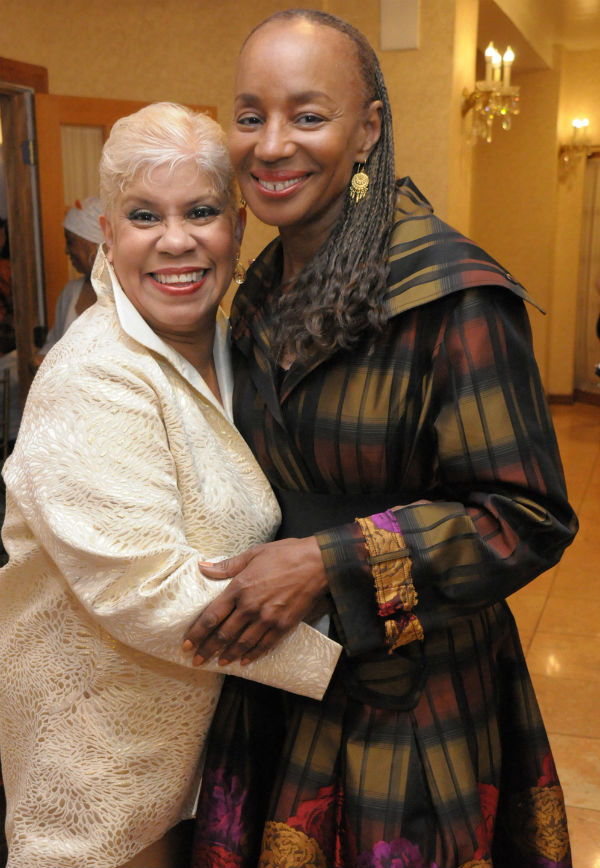 The Board of Directors of the Caribbean Cultural Center African Diaspora Institute (CCCADI) are excited to usher in a new chapter in the organization’s evolution, with the unanimous appointment of Melody Capote as Executive Director. For over thirty of the forty-two years CCCADI has been in existence, Ms. Capote has worked alongside founder Dr. Marta Moreno Vega, first as a development associate and later as deputy director. She has been instrumental in developing CCCADI into one of the world’s most vital institutions for the preservation of African Diaspora culture, positioned within a lens of social justice. Ms. Capote’s experience and commitment to CCCADI makes her a uniquely qualified candidate for the position of executive director. We are thrilled to welcome her into this position.

Throughout her tenure at CCCADI, Ms. Capote has been responsible for highly successful programs that align with the organization’s mission to develop and nurture future cultural leaders of color. She was at the helm of such significant historic and memorable CCCADI productions as The Annual Latin/Tropical Music Collectors’ Festival, Trade/itions: An Orisha Performance & Panel Series, and Yoruba Remixed: A Musical Tribute to Marta Moreno Vega, and has established wonderful partnerships with Aaron Davis Hall, Hostos Center for the Performing Arts, and Lincoln Center through its MidSummer Night’s Swing and Lincoln Center Out of Doors programs, to name a few. With her innate generosity of spirit, Ms. Capote is a reflection of the institute’s commitment to unifying members of the African Diaspora communities across the world.

Having been involved in every aspect of the organization’s operations, Ms. Capote brings an invaluable institutional memory that supports the projects she works on. Her choices are informed by her professional experiences of building lasting relationships within our local East Harlem community, and the city at large, as the Director of External Affairs. Her vast network of contacts within city and state government, institutional funders, and throughout the nonprofit arts and culture communities has raised the organization’s visibility citywide and enabled her to raise funds for the Center’s diverse programming such as the annual Loiza Festival and the Dance of the White Dress. As a critical force in helping the organization move to its current home at the Firehouse location, Ms. Capote sees CCCADI as more than an institute. For her, the organization is a singular and much needed community-based space that encourages and welcomes members of the African Diaspora communities to tell their stories openly and with great pride.

As Ms. Capote steps into her new role, she has already taken on the task of leading CCCADI in new directions that remain rooted in CCCADI’s history as a pioneer in the use of arts and culture as tools for social justice. Her recent re-imagining of the traditional East Harlem Loiza festival into a Descarga festival speaks to her commitment to the long-standing community of El Barrio while recognizing the changing demographics of the East Harlem community. It is a prime example of her creative and forward-thinking vision that while the Descarga Fest will continue to celebrate Afro-Puerto Ricans’ bond with New York City as the Loiza Festival once did, it will now expand to showcase the powerful connection among people of Caribbean, Latinx, and African descent. Beyond this, and under her stewardship, CCCADI is poised to reaffirm the organization’s role as the thought leader on African diaspora programming. She, along with the board and staff, are taking the time to re-envision and implement programming, community engagement, and business development initiatives intended to propel CCCADI into the next phase. Ultimately, these efforts will launch CCCADI boldly into the future.

Alongside her valued history with the organization, we want to note that Ms. Capote was born and raised in East Harlem and, therefore, has a vested interest in the livelihood of our local community. Her training and background in dance has always fueled her work with artists and has grounded her belief in the power of the arts and culture to unite and bring people together. Her appointment speaks to CCCADI’s mandate to stand against the forces of gentrification that seek to displace countless people who embody the fabric of the East Harlem community and erase the contributions of the African Diaspora across the world. Her work embodies the ethos of our organization as she is rooted in the local community and harnesses her power and impact globally.

We are incredibly grateful to have Ms. Capote as our very capable new leader, but we are aware that the livelihood of CCCADI does not rest on one person alone. Our organization is comprised of a committed team of members, artists, donors, volunteers, scholars, and staff members who work tirelessly to ensure the Center’s future. Under Ms. Capote’s direction, their work will remain connected in the institution’s legacy while reaching new heights and expanding audiences and constituents.

The current political climate has been a clear call to action for us at CCCADI to mobilize the best possible team of leaders. As the board of directors, we believe it is our responsibility to further stabilize the Center’s financial and organizational future. We know that Melody Capote will continue to fight as tenaciously she always has. Join us in this new chapter in our institution’s history as we walk strongly into our best future yet.

For more information go to https://cccadi.org