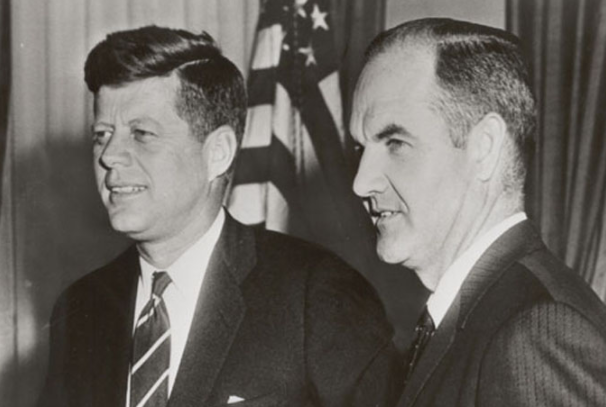 An unmarked door bares a vacant bar where I want news, not booze. Chair-climbing to an aged black and white television, I find a CBS station for the South Dakota Senate update on November 4, 1980, election night in Mitchell, the late George McGovern’s hometown.

1,427 miles on a Sunday night Greyhound took me six months before from New York’s Port Authority to his last reelection campaign. Trading jeans and tee for suit and tie in a Sioux City, Iowa diner’s restroom at dawn, I felt awkward with McGovern’s casually dressed statewide staff in Sioux Falls.

“You showed you were serious. That impressed us,” Political Director Judy Harrington would later say.

Now, having canvassed house to house through four counties’ farm towns and ranch lands, recorded radio spots, phone-banked, planned events, sent thanks, and got out the vote, I see the work’s finish line as I surf the bar TV’s channels. Where is Walter Cronkite?

A polling place behind the bar door had appropriately closed (with no false claims of fraud!). Nervous with my hero’s seat at risk, I seek the CBS father figure, the Gallup Poll’s “most trusted man in America.”

His abrupt words alarm me: “The conservative assault against Senate liberals has claimed another victim. In South Dakota, ….”

Jumping down, in shock but not falling, I keep mum till with teary headquarters friends who know. Fielding nationwide phone calls that ask if it’s true, I say “Cronkite makes sure before speaking.”

National Conservative Political Action Committee Director Terry Dolan’s 1978 boast that two years of attack ads asserting “McGovern’s out of touch” will make people vote against him without knowing why” succeeds.

The print version – “Target McGovern” – had his heart in crosshairs!

Immune from campaign finance limits with NCPAC “independent,” the plan set haunting precedents. Lee Atwater and Karl Rove adapted their method for the Bush elections in 1988, 2000, and 2004. Trump mastered it.

A Professor with an earned doctorate from Northwestern, McGovern taught history before and after politics. Aware that Vietnam vanquished Chinese and French forces before us, he is a 1963 Senate speech “fed up to the ears with old men dreaming up wars for young men to die in warned Presidents Kennedy and Johnson against escalation.

McGovern in 1970 mortgaged his home to fund a network broadcast for his amendment with Oregon Republican Mark Hatfield to end Vietnam war funding and bring soldiers home – a cornerstone of his 1972 Presidential campaign.

What he didn’t earn him due credit since capitalism calls us winners or losers with no room for nuance.

Despite calling out President Nixon’s corruption two years before impeachment for abuse of power, obstruction of justice, and constitutional violations – and disgraced resignation – McGovern won only Massachusetts and the District of Columbia against him.

We rejected the hard truth’s bitter taste for placebos.

McGovern’s 1973 Oxford University lecture in England warned against the dangers of one-man rule, the exhaustion of institutions, and the need to reassert legislative power. His 1974 Kansas City keynote at Democrats’ midterm convention foresaw the party’s shift “toward an established center where nothing ever really changes.”

Those remarks at the time seemed perceptive. 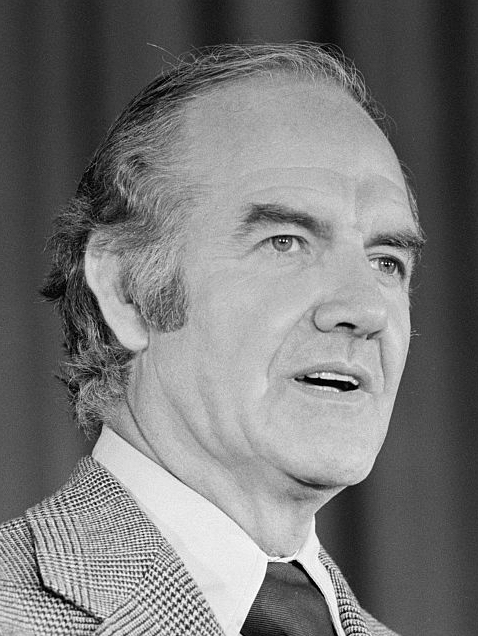 Hillary Clinton felt “honored to have Henry Kissinger advise me on foreign affairs” in 2016 though he as Secretary of State colluded with Nixon on the secret illegal Cambodia bombing and lied on the eve of the ’72 election that “Vietnam peace is at hand.” He in 1973 spurred the Pinochet coup in Chile that killed elected President Salvador Allende and imposed a savage dictatorship.

When a weeks old Sunday New York Times at Ohio University (where after the Peace Corps I studied Southeast Asia history focused on Vietnam in graduate school) showed NCPAC had McGovern in trouble, I asked in a letter to join his home state campaign. His example had helped me mature, I was seasoned in politics, my work would repay him, I wrote. I’d led a ’72 McGovern campus chapter at Washington University in St. Louis and been to the Democratic National Convention in Miami Beach.

McGovern had even seen my thesis comparing JFK’S1960 campaign with his.

When Missouri Senator Stuart Symington hired me as an elevator operator in the US Capitol after college I kept eyes and ears open, timing twenty-minute breaks to watch floor votes of which befriended reporters informed me, sizing up Senators who walked by or joined me.

I and others mastered the Senate Engineer’s small portrait books to identify each of the hundred on sight. We were to expel tourists and punch the express button for Senators though that skipped just one floor.

Nate relished telling cautionary tales after work. His favorite was of the rookie who, alert for a Senator, ignored a rider in a cowboy hat and the three-piece black suit who twice said: “let’s go.”

“Hold on, cowboy, I’m waiting for a Senator,” said the innocent at last. “I am the Senator,” said John Tower, the powerful Texas Republican. On the next day the young man was fired.

“May I delay you long enough to shake your hand?” I asked when Senator McGovern appeared.

Transcending excitement, I cited my past support and my thesis, inviting critique. “I’d like to see that,” he said, departing. Shift done, I raced to Symington’s office where I worked afternoons and fit in a soon answered follow-up letter.

“I’m getting this at the perfect time, McGovern said in his office, easing my nerves, receiving my thesis. “I’ll read this on the plane as I fly back to the state.” He asked about my background, opinions, beliefs.

The common arrogance of power among public men was absent from McGovern’s makeup.

He spoke in a packed high school gym in Granite City, Illinois on the last Saturday night of his Presidential campaign, where I’d led college classmates to see him. Calculating that he’d stay overnight in St. Louis, we raced back to the Clayton Inn near campus. I’m not sure why I chose that hotel, but he did.

We waited outside the entrance at midnight, doubtful and cold till sirens announced the approach of his motorcade. Twelve of us, unseen in the darkness, burst into applause as the candidate appeared on the limousine’s other side. McGovern, though worn, turned, smiled, and shook each set of hands.

In 1975 he alone of four Senators conversing on the Capitol’s crowded first floor acknowledged with a wink and grin the tourist photographer who emerged from my elevator.

When Symington promoted me to a full-time legislative position I saw McGovern less often. I fretted that close encounters on his South Dakota Campaign would cause disappointment but that never happened.

Alone in the Mitchell office at 9 pm on a Saturday, I heard his famous voice (“Well, hi!”) as I answered the phone, then in a forty-five-minute talk made it seem we were peers.

After the loss, his sad eyes were affecting as four of us spent time with his family. McGovern, autographing a poster, perked up with “Will you take on D’Amato?” when his son-in-law said, “Mike here is bound for New York to perhaps run for office.” “Is that an endorsement, Senator?” I shot back, to laughter.

He was in Washington as President of the Middle East Policy Institute, where I called on him in the nineties. “I’d hoped we’d meet again in the White House,” I offered. “At least it’s a white room,” he joked, as painters lathered walls. 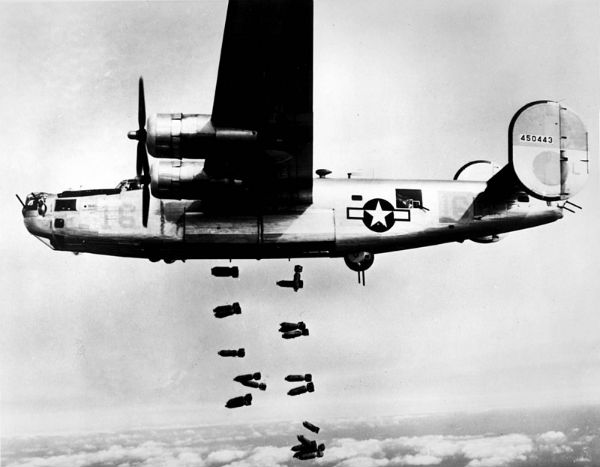 The  Senator’s political legacy lies in moral courage that called us home from the Vietnam War to improve our society. His personal conduct proved that a prominent leader can retain his humanity.

In our polarized pandemic time, both are the most welcome examples.