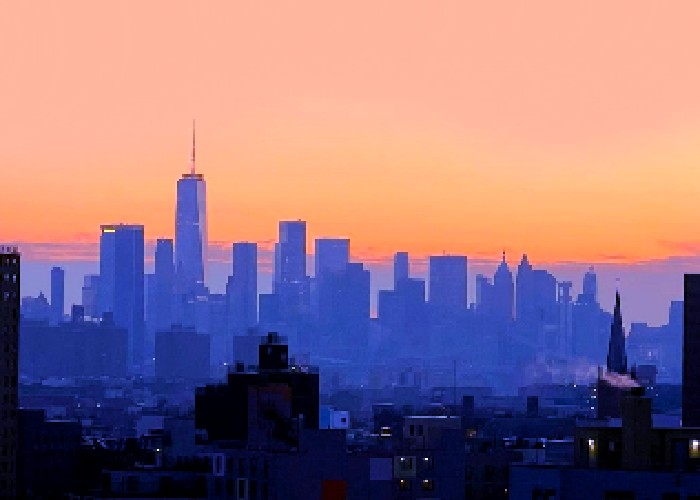 At today’s event — which comes just days after Mayor Adams released “Rebuild, Renew, Reinvent: A Blueprint for New York City’s Economic Recovery” that outlines his vision for the city’s economic recovery and future — the mayor highlighted two specific policy areas being considered by his colleagues in Albany that will help put more money in the pockets of working New Yorkers and make it easier for them to rejoin the workforce: An increase in the Earned Income Tax Credit (EITC) and a deepening of investments in childcare.

“As we chart our economic recovery, we cannot leave behind working people, who were disproportionately impacted by the pandemic,” said Mayor Adams. “That’s why we are working in partnership with state lawmakers to expand the EITC and deepen investments in childcare as part of this year’s budget. These are concrete policies that will bolster the city’s social safety net and make a meaningful difference for working families.”

“Every family across our city deserves equitable access to affordable, high-quality childcare, particularly for our infants and toddlers,” said Deputy Mayor for Strategic Initiatives Sheena Wright. “This would be an especially critical support for working women of color, who were disproportionately impacted by the pandemic and the economic fallout. With a significant state investment, we can deliver on Mayor Adams’ signature agenda of making New York City a better place to raise healthy children and families. Now is the time to act, and we thank our colleagues in Albany for their partnership.”

“Strengthening and expanding our childcare system is an investment in the health, well-being, and future success of our youngest New Yorkers, and is a critical support for working parents,” said Deputy Mayor for Health and Human Services Anne Williams-Isom. “I look forward to working with our partners in New York state to deliver on childcare and other critical social safety net supports to our families as we focus on making our city even stronger and more equitable.”

Mayor Adams has previously laid out a proposal to increase the EITC match from five percent to up to 30 percent, bringing the city’s total investment to $342 million.

Additionally, he has been encouraged by early state efforts to match this effort by investing an additional $250 million in the state budget.

The state and city match to the EITC has not been increased in almost 20 years.

In addition, Mayor Adams has made deepening investments in affordable, accessible childcare for working New Yorkers a cornerstone of his administration.

He hailed the state Legislature for recently proposing an allocation of more than $3 billion toward expanding childcare seats and eligibility in this year’s budget.

In order to ensure this significant investment reaches those who need it most, the mayor is proposing that the state also authorize the city to provide property tax abatement for property owners who retrofit property to establish childcare centers and offer tax credits for businesses that provide free or subsidized childcare.

“For our city to move forward with an equitable recovery, we must invest in our working families by increasing the amount of the Earned Income Tax Credit to be in line with the reality of today’s cost of living,” said Department of Consumer and Worker Protection (DCWP) Commissioner Vilda Vera Mayuga. “Each year, NYC Free Tax Prep helps families file for the EITC, and we see the relief this credit brings to families as they pay bills, find childcare, and buy groceries. I thank Mayor Adams for being a champion of this effort!”

“The Earned Income Tax Credit has proven to be an important source of revenue for New Yorkers, especially for the low-income households to whom we provide services,” Eileen Torres, executive director, BronxWorks. “An increase to the EITC is vital to those families who qualify for the credit, especially during these challenging times. We urge our state leaders to pave the way and further invest in this proven resource to help break the cycle of poverty.”

“We know the COVID-19 pandemic has had a devastating impact on families with a disproportionate impact on low-income households and women of color,” said Jennifer March, Phd., executive director, Citizens’ Committee for Children of New York. “From federal tax credit expansions this year, we’ve seen clear evidence that providing direct cash to families has a significant return on investment for families, for communities, and for the economy. We applaud Mayor Adams for proposing the first increase to the Earned Income Tax Credit in 20 years and look forward to working with his administration to continue to advance efforts that lift incomes for families and alleviate poverty.”

“Expanding the city EITC would be a prudent way not only to expedite the city’s recovery but also to alleviate poverty, especially in communities that had to bear the brunt of the pandemic and the recession,” said David R. Jones, president and CEO, Community Service Society of New York. “It is a program that is designed to help low-income families transition into economic security by rewarding work and encouraging effort. Beyond immediate income support, EITC has been shown to improve children’s long-term education and health. Mayor Adams’ proposal to expand the city and state EITC will be immensely impactful by improving lives of millions of hard-working New Yorkers.”

“The volunteers and staff of the NYC Free Tax Prep service at Grow Brooklyn are dedicated to ensuring New Yorkers get the tax credits for which they are entitled,” said Makeela Brathwaite, executive director, Grow Brooklyn. “Grow Brooklyn is pleased to support the efforts of Mayor Adams and his team as they work on behalf of all New Yorkers to boost funding towards the New York City Earned Income Tax Credit. The EITC was established to offset the adverse effects of poverty and is said to lift children of working families out of poverty annually. This has been accomplished by providing the tax credit as an incentive to the working poor. By providing free tax prep and information about EITC and other tax credits directly to families and individuals, Grow Brooklyn supports the efforts of working New Yorkers to feed their families, no matter the structure. Our work, as well as the work of other organizations in the DCWP tax coalition, gives our fellow New Yorkers a lifeline where they can subsist in what can be an increasingly tough landscape, where the costs of living regularly rise and salaries remain static. With increased emphasis on EITC, we will work even harder to continue to provide this mechanism that will allow more New Yorkers to provide for themselves and their families, as well as to contribute to the community and economy with their work.”

“It’s clearer than ever that the best ways, by far, to fight poverty and hunger are to reward work and enable struggling people to obtain more cash to help them pay their bills,” said Joel Berg, CEO, Hunger Free America. “Mayor Adams is right on target in proposing for the city to expand the local Earned Income Tax Credit that accomplishes exactly that.”

“We wholeheartedly support Mayor Adams in his determined push for EITC relief to assist working New Yorkers in these difficult economic times,” said Louis P. Welz, CEO, Council of Jewish Organizations of Flatbush. “As CEO of a busy Brooklyn-based social services agency, I know firsthand the challenges confronting so many of our families, and how much they stand to benefit from the mayor’s efforts on their behalf.”

“As a leading tech skills trainer here in New York City, I know firsthand just how many of our Per Scholas learners rely on the Earned Income Tax Credit,” said Plinio Ayala, president and CEO, Per Scholas. “At a time when economic uncertainty and the continued strain of the pandemic threatens to disrupt the potential prosperity of New Yorkers, an EITC increase couldn’t be more essential. I applaud Mayor Adams for his commitment to expanding the New York City Earned Income Tax Credit — It’s long overdue, and can make such a difference for individuals, families, and our beloved city.”

“Robin Hood, New York’s largest poverty-fighting philanthropy, stands with Mayor Adams in the call for an expansion to the Earned Income Tax Credit, which would act as a lifeline for the tens of thousands of households that are still making impossible choices between putting food on the table and paying rent,” Richard R. Buery, Jr, CEO, Robin Hood. “Our research with Columbia University shows that this proposed reform could move as many as 43,000 New Yorkers out of poverty in New York City alone and would reduce child poverty in our city by five percent.”