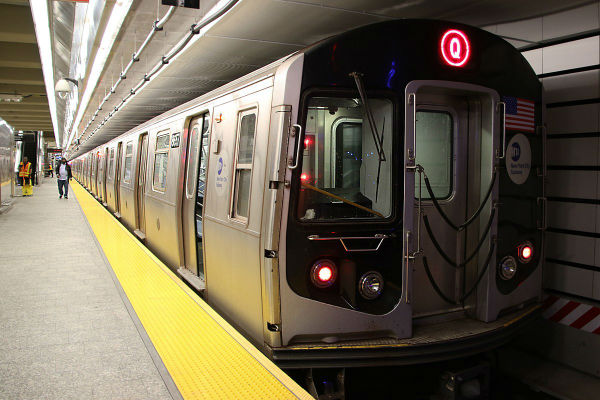 This agreement represents the first time that the city has guaranteed annual funding for Fair Fares. It also comes as daily subway ridership continues to rebound from the Omicron wave of COVID-19, with ridership exceeding the three-million mark for three consecutive days last week.

“The path to an equitable recovery runs through our public transit system,” said Mayor Adams. “Since its inception, Fair Fares has proven to be a transformative program for so many New Yorkers struggling to get by, and we are proud to announce this investment in its future to help even more people going forward. I thank Speaker Adams for her partnership and advocacy.”

“Affordable access to our public transit system is essential to our recovery from the pandemic, and to achieving equity at all times,” said Speaker Adams. “I thank Mayor Adams for taking this great first step to baseline Fair Fares, now making it a permanent part of the budget for the first time. The Council remains committed to returning the program to its original funding level, and if uptake of the program reaches the budgeted amount before the end of the fiscal year, additional funds should be made available to meet the transportation needs of New Yorkers. In order for this program to be successful, a stronger commitment and focus on outreach than the one taken by the previous administration is needed, and the Council is a willing partner to help advance those efforts. I applaud my Council colleagues who have expressed their strong support for Fair Fares and for helping to increase awareness across the city, so it benefits more New Yorkers and communities.”

Launched in January 2019, Fair Fares offers a 50 percent discount on both subway and eligible bus fares, or Access-A-Ride to eligible New Yorkers with incomes up to 100 percent of the federal poverty level who are not eligible for other transit subsidies or benefits.

Launched in January 2019, Fair Fares offers a 50 percent discount on both subway and eligible bus fares, or Access-A-Ride to eligible New Yorkers with incomes up to 100 percent of the federal poverty level who are not eligible for other transit subsidies or benefits.

According to the city’s most recent figures, more than 260,000 New Yorkers have enrolled in the program.

According to the city’s most recent figures, more than 260,000 New Yorkers have enrolled in the program.

Mayor Adams’ Preliminary Budget adds $15.5 million to the program in the current year, bringing the FY 2022 investment to $68.5 million, and increases the city’s annual investment to $75 million annually in FY 2023 and in the outyears of the financial plan.

Previously, the program was funded a year at a time through negotiations with City Council in connection with the Adopted Budget.

The highest previous expenditure under the Fair Fares program was $48.9 million in FY 2021.

The highest previous expenditure under the Fair Fares program was $48.9 million in FY 2021. The Adams administration also noted that it will monitor ridership and programmatic demand and, if needed, can adjust funding in the future.

More information about Fair Fares can be found here.

“The Fair Fares program is a lifeline for low-income New Yorkers struggling with transit affordability. Our research shows that awareness of the program is low citywide, with only 35 percent of eligible New Yorkers taking advantage of it,” said David R. Jones, board member, Metropolitan Transportation Authority; president and CEO, Community Service Society, which led the campaign to establish the program in 2019. “We applaud Mayor Eric Adams, City Council Speaker Adrienne Adams, and the City Council for committing to fund this critical program in the budget, and to make it a permanent budget line item going forward, so our public transit system serves as a gateway to economic opportunity for all New Yorkers, and not a barrier. And we look forward to working with our elected officials to raise public awareness of Fair Fares across the city.”

“Fair Fares is an essential program in the lives of hundreds of thousands of New Yorkers and crucial to the city’s and MTA’s pandemic recovery plans,” said Betsy Plum, executive director, Riders Alliance. “By baselining Fair Fares in his preliminary budget, Mayor Eric Adams is putting it on a firm foundation for future growth. Riders Alliance looks forward to partnering with his administration, Speaker Adrienne Adams, and City Council members in every district to keep growing this vital program, secure funding in the adopted budget, and raise public awareness of the program among all eligible New Yorkers.”

“As New York City recovers from the COVID-19 pandemic, we must prioritize equitable access to transit,” said Danny Harris, executive director, Transportation Alternatives. “Expanding access to sustainable transportation is key to building streets for people in our NYC 25×25 vision, and this historic Fair Fares investment from Mayor Eric Adams and Speaker Adrienne Adams is a critical way to help us achieve this goal.”

“Regional Plan Association applauds Mayor Eric Adams and City Council Speaker Adrienne Adams for prioritizing Fair Fares in the budget,” said Tom Wright, president, and CEO, Regional Plan Association. “Having guaranteed annual funding is vital to making this a consistent, reliable program for years to come. Fair Fares makes bus and subway ride more affordable for those who need it and has the added benefit of helping bring riders back to the system.”

“Fair Fares is a vital program that reduces the burden of transportation costs on low-income New Yorkers, many of whom are the essential workers who keep our city running,” said Renae Reynolds, executive director, Tri-State Transportation Campaign. “Providing accessibility and affordable transit for all is an important way for our city to commit to sustaining an equitable New York. We thank Mayor Adams for committing to this baseline funding for the Fair Fares program, which will help mitigate the affordability crisis faced by so many overburdened New Yorkers.”