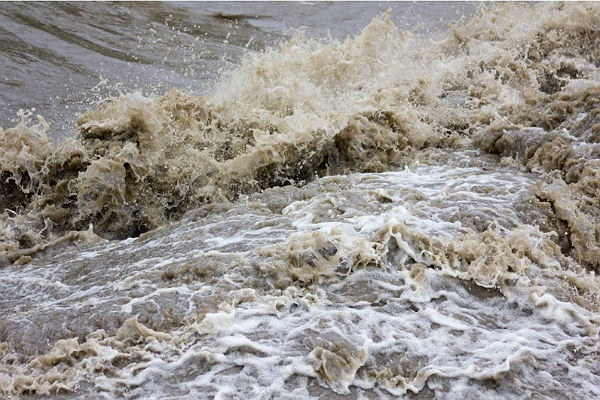 Today, Mayor de Blasio released New York City’s Stormwater Resiliency Plan, which includes the City’s first-ever from Harlem to Hollis analysis of flooding caused by extreme rainfall events. Unlike coastal storms, such as hurricanes and Nor’easters, extreme rainfall can cause flooding in any part of the city, including inland neighborhoods that are miles from the shoreline.

“A Recovery for All of Us requires protecting all New Yorkers from the threat of climate change and severe storms,” Mayor Bill de Blasio. “The new Stormwater Resiliency Plan will be critical to keeping our residents safe and creating a more resilient city.”

The New York City Panel on Climate Change (NPCC) has projected that New York City will become significantly wetter as global warming continues to worsen, with rainfall expected to increase by as much as 25 percent by the end of the century.

This will place a growing strain on New York City’s drainage infrastructure, which includes a mix of traditional sewer systems, nature-based Bluebells, and over 10,000 distributed green infrastructure assets that capture and absorb stormwater runoff and have the added benefit of reducing localized flooding.

This will place a growing strain on New York City’s drainage infrastructure, which includes a mix of traditional sewer systems, nature-based Bluebells, and over 10,000 distributed green infrastructure assets that capture and absorb stormwater runoff and have the added benefit of reducing localized flooding.

The Stormwater Resiliency Plan outlines goals and initiatives for the City to implement over a period of 10 years, including new policies for resilient stormwater management, the integration of future-looking climate change projections into DEP’s long-term drainage planning, changes to the City’s flash flood emergency response procedure, and an increased focus on public communications related to rainfall-based flooding.

These efforts will help New Yorkers prepare for flooding events, and help the City plan for emergency response and long-term management.

“Climate change is an existential threat, and we must prepare now to ensure a safer and more resilient future for all New Yorkers,” said Deputy Mayor for Operations Laura Anglin. “The Stormwater Resiliency Plan will guide us as we tackle the challenge of extreme rainfall. I thank the Office of Climate Resiliency and the Department of Environmental Protection for their vision and critical analysis.”

“Heavy rainstorms can develop quickly and without warning—and the flooding that results from downpours can occur anywhere. The Stormwater Resiliency Plan analyses how future extreme rainfall events could impact the five boroughs and outlines the steps the City is taking to reduce risks using green infrastructure, ​land-use changes, long-term drainage improvements, improved evacuation plans, and more. With climate change projected to cause more rainfall in New York City, this plan will continue to increase our resiliency and protect New Yorkers from emerging threats,” said Jainey Bavishi, Director of the Mayor’s Office of Climate Resiliency.

“Centuries of environmental neglect have caused our climate to change and in order to continue to adapt to this new reality we must first understand our vulnerabilities,” said DEP Commissioner Vincent Sapienza.  “The City has made major capital improvements in drainage infrastructure during the past seven years and the Stormwater Resiliency Plan will support those ongoing investments to protect residents across all five boroughs.”

“The destruction in the aftermath of Superstorm Sandy had a devastating impact on New York City’s infrastructure, neighborhoods, and residents while exposing our vulnerability to such storms. As climate experts continue to provide scientific data on the increased frequency and strength of future storms, the Stormwater Resiliency Plan is a step forward towards preparing for potential future disasters. New York City Emergency Management remains committed to strengthening our infrastructure to protect our residents,” said New York City Emergency Management Commissioner John Scrivani.

“New York City is taking aggressive action to end the age of fossil fuels, but we know that we also need to prepare for increased climate hazards in order to confront our climate crisis and secure a livable climate for the next generation,” said Ben Furnas, Director of the Mayor’s Office of Climate and Sustainability. “Thank you to the Office of Climate Resiliency and the Department of Environmental Protection for advancing this critical work. We are excited to partner to use this new data to advance policies like Local Laws 92 and 94 of 2019 that require the construction of green roofs and/or solar photovoltaics on all new rooftops. Green roofs reduce urban flooding, mitigate the urban heat island effect, and insulate buildings, creating a win-win for climate adaptation and mitigation.”

Starting in 2017, New York City partnered with academic experts at Brooklyn College, the Stevens Institute of Technology, the Urban Systems Lab at The New School, and Colorado State University on an ambitious effort to model flooding from extreme rain events and climatic conditions.

Building off this work, the City further enhanced the modeling to include consideration of a wide variety of City assets including localized sewer network capacity, overland drainage pathways, tidal conditions, and the impact of climate change on sea level and rainfall intensity and volume.

The data from this effort will inform future infrastructure design to optimize drainage in a wetter and more volatile century.

They can be accessed here.

These new maps build on the City’s existing NYC Flood Hazard Mapper tool, which has been available to the public since 2017.

In the coming years, the City will work to integrate these mapping tools and conduct additional modeling to understand the threat of compound events that involve the complex, simultaneous interactions of storm surge, sea level rise, and intense rainfall.

Neither the new stormwater maps nor the existing coastal flood maps will have an impact on flood insurance rates.

“Nothing is more pressing than to prepare New York City for the risks we face from future climate-driven extreme events. Flooding from heavy rainfall and coastal storms will likely have disproportionate impacts on communities and critical infrastructure. The Stormwater Resiliency Plan is a critical step to investing in both nature-based and hard infrastructure to protect New Yorkers where they live,” said Timon McPhearson, Member of NPCC and Director of the Urban Systems Lab at The New School.

“Waterfront Alliance applauds the City for investing in flood resilience,” said Cortney Worrall, President, and CEO of the Waterfront Alliance. “Understanding our City’s vulnerability to stormwater flooding and what can be done about it will support more data-driven, sophisticated strategies for reducing the risks and impacts our communities face due to climate change.”

“Increased rainfall will continue to devastate our aging infrastructure, which is being further worn down by the effects of climate change,” said Carlo A. Scissura, President and CEO of the New York Building Congress. “This first-of-its-kind study will allow the City to prioritize capital investments in flood-prone communities and will help us build a more resilient New York with 21st Century stormwater management systems. As we build upward, we must improve our sewers, drainage systems, and other infrastructure below.”

“We are pleased to complete one of the largest and most comprehensive stormwater studies ever conducted at both the City-wide and neighborhood scale. It’s exciting that the results of this work could be used to inform improved management of stormwater and flood control systems in the City. We are happy to contribute to the City’s stormwater resiliency. By all accounts, the City will experience more rainfall in the coming years. While the City may be wetter in the future, it will also be better prepared, and New Yorkers better protected with the implementation of the Stormwater Resiliency Plan,” said Jennifer Cherrier, Principal Investigator, New York City Stormwater Resiliency Study (Brooklyn College-CUNY) on behalf the study’s lead scientists.