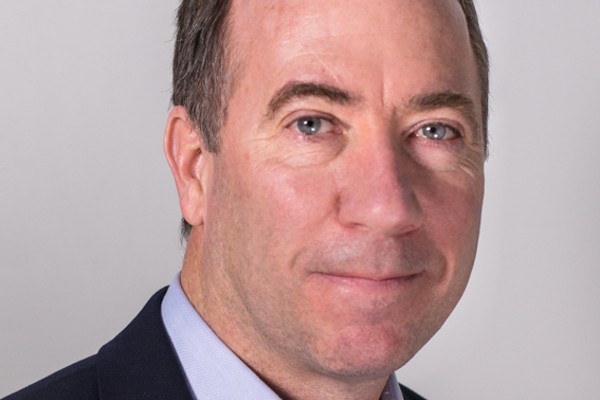 Mayor Bill de Blasio today appointed Tom Foley as the Acting Commissioner of the New York City Department of Design and Construction (DDC). Commissioner Jamie Torres-Springer, who has served in the role since March, will depart the agency on November 12th. Foley, a 23-year veteran of DDC who helped lead the post 9/11 cleanup effort and has been integral the agency’s COVID-19 response, has served as the agency’s Deputy Commissioner for Public Buildings since 2017.

“Tom Foley has delivered decades of tireless leadership to our city – including in some of our darkest hours. His expertise and creativity make him the perfect choice to lead this agency as it fuels our city’s recovery,” said Mayor Bill de Blasio. “Tom will build on Commissioner Torres-Springer’s record of success, and I’m looking forward to seeing him manage the exciting projects this city needs.”

“I’m very excited to lead a group of superior designers and project managers as we tackle some of the most pressing issues facing the City,” said incoming Acting DDC Commissioner Tom Foley. “DDC already has the great people – my goal is to support them any way I can so they can do the best job for the people of New York.”

“Tom Foley is a tremendous professional who gets results, who knows how the agency works down to the finest details and who has the full respect of the staff,” said DDC Commissioner Jamie Torres-Springer. “Leading DDC has been the honor of my professional career and I am heartened to know that Tom Foley will take the reins.”

Outgoing Commissioner Torres-Springer departs the agency to become the President of Construction and Development at the MTA.

Tom Foley received his B.S. in Civil Engineering from Manhattan College and is a licensed professional engineer. He is also a Certified Construction Manager (CCM) and an Envision Sustainability Professional (ENV SP). Foley joined the New York City Department of Environmental Protection (DEP) as a Resident Engineer in 1992, supervising capital water and sewer projects and working with DEP’s Bluebelt Unit on streambank remediation and erosion and sediment control.

Foley started at DDC as an Engineer-in-Charge in 1998, supervising a team of Resident Engineers and evaluating and approving design modifications of engineering structures and systems. After 9/11, he became a Project Manager for DDC’s World Trade Center Disaster Recovery and Debris Removal Project, reviewing staffing and procedures, analyzing labor and equipment utilization, and identifying and correcting inefficiencies in the $500 million project.

Foley has held a variety of roles at the agency, including Deputy Director, Director, and Assistant Commissioner in the agency’s Division of Infrastructure. In January 2014, he became Associate Commissioner in the Division of Infrastructure, while helping to spearhead the activation of Water Tunnel 3. In January 2017 he became Deputy Commissioner of the Public Buildings Division, establishing short and long-term plans for the division to best align with the goals of the agency and provide executive leadership on divisional/agency initiatives, and was responsible for managing the design and construction of a large range of civic buildings for the City of New York. Tom has a managing an engineering and administrative staff of over 400 DDC professionals and 600 consultants.

Foley also led the DDC project teams that built field hospitals, community clinics, testing sites and vaccination sites at the height of the COVID-19 pandemic. He is the recipient of several professional awards, including the 2013 Outstanding Contribution Award from Professional Archeologists of New York City (PANYC); the 2008 Recognition Award from the NYC Office of Chief Medical Examiner for his work at the World Trade Center site; and 2004 and 2007 Exceptional Service Awards from the Alliance for Downtown New York. Tom serves on the national board of Design-Build and was recently inducted into the National Academy of Construction (NAC).

“In my time leading DDC, Tom Foley proved himself to be a fine engineer, a superior construction manager and a capable leader of people,” said the City’s Senior Advisor for Recovery and former DDC Commissioner Lorraine Grillo. “He demands results and is fully dedicated to the agency’s improvement goals. I have no doubt he will lead the agency well.”

“Tom has a longstanding commitment to the civic infrastructure of our city and a deep understanding of the complexities of the construction process. We look forward to continuing our partnership with him to design and build outstanding libraries for the public,” said Queens Public Library President and CEO Dennis M. Walcott.

“Thomas J. Foley played an invaluable role in the Department of Design and Construction’s response to the COVID-19 pandemic,” said Carlo A. Scissura, President and CEO of the New York Building Congress. “Through the innovative actions, he and others at the agency took, the building industry was able to open life-saving facilities in historic time. The New York Building Congress applauds his appointment as Acting Commissioner of DDC. We look forward to working with him in the months ahead to revive our economy through building and delivering new, reliable services for our city.