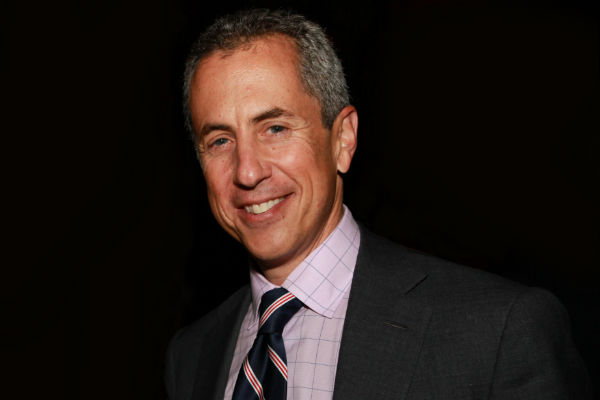 Meyer will lead the organization’s 27-member board, which helps to guide NYCEDC’s agenda as the City’s primary economic development vehicle.

“Building a lasting economic recovery means caring about workers and reaching every corner of every borough. It takes strong leadership to get there – and Danny Meyer has the experience, vision, and creativity we need to drive our recovery forward,” said Mayor Bill de Blasio. “Danny is the perfect choice to lead EDC’s Board of Directors in a year unlike any other, and I look forward to working with him to build back a stronger, fairer, cleaner, greener, and safer New York City.”

“Through his entrepreneurial and community efforts, Danny Meyer has demonstrated a commitment to improving the hospitality industry, a remarkable problem-solving ability, and a relentless drive to make New York City stronger, fairer, and more vibrant,” said Deputy Mayor for Housing and Economic Development Vicki Been. “Danny will serve as a valuable thought partner to the NYCEDC team, bringing fresh perspectives and industry expertise to our fair economic recovery agenda. We are delighted to recognize the incredible partner and leader Danny has been for the City of New York with his appointment as NYCEDC Board Chair.”

“We are delighted to work with Danny Meyer in his role as Chair of NYCEDC’s Board as we advance the Mayor’s vision for a fairer, healthier, and more equitable city. Danny has been a visionary, leading the way for not only restaurants but how other hospitality and service businesses can be well run through innovative policies that put people first. He believes in New York just as I do. Over the years, he has seen opportunity in New York neighborhoods helping to anchor them for the future, just as EDC has done and continues to do during this recovery period,” said Rachel Loeb, Acting NYCEDC President. “I would also like to thank our outgoing Board Chair Michael Schlein for his leadership and dedication to the City of New York.”

“I am honored to be given the opportunity to support the economic regrowth of New York City. For too long, New Yorkers have not been able to gather together to hear the clinking of glasses in restaurants or see the lights on Broadway. We’re ready to safely re-engage the culture, travel, and hospitality industries – and the people who make them so special – and get back to the business and heart of what makes our city beloved by all,” said Danny Meyer, founder and CEO of Union Square Hospitality Group (USHG).

In 1985, Meyer opened his first restaurant, Union Square Cafe, launching what would become a lifelong career in hospitality.

He also founded Shake Shack; originally a small part of a public art initiative in Madison Square Park that Danny invested in, the modern-day “roadside” burger restaurant became a public company in 2015.

In addition to his entrepreneurial leadership, Meyer has been a champion for New York through his leadership and board service at NYC and Company, Madison Square Park Conservancy, and Union Square Partnership. He is also known for his employee-first model, changing how restaurants were historically managed.

Meyer is the author of Setting the Table (HarperCollins, 2006), a New York Times Bestseller, which articulates a set of signature business and life principles that translate to a wide range of industries.

Meyer has been recognized for his leadership, business achievements, and humanitarianism, including the 2017 Julia Child Award, the 2015 TIME 100 “Most Influential People” list, the 2012 Aspen Institute Preston Robert Tisch Award in Civic Leadership, the 2011 NYU Lewis Rudin Award for Exemplary Service to New York City.

Meyer and his wife, Audrey, live in New York City and have four children.