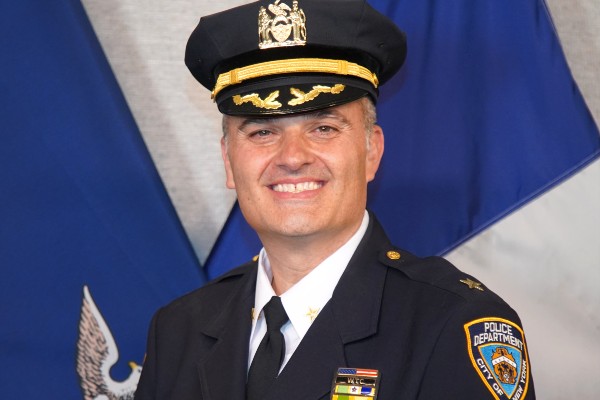 Mayor Bill de Blasio today appointed Andrew D’Amora as the Acting Commissioner of New York City Emergency Management (NYCEM). Outgoing Commissioner John Scrivani, who has served in the role since March, will return home to Virginia at the end of October. D’Amora, a seven-year veteran of NYCEM, first served as the agency’s Chief of Staff for five years and has served as First Deputy Commissioner since 2019.

“Andrew D’Amora has served this city with energy and vision, across multiple roles, and I know he will work tirelessly to keep our city safe and prepared,” said Mayor Bill de Blasio. “I’m grateful for John Scrivani for his service, and I look forward to working with Acting Commissioner D’Amora to move his agency forward.”

“I have been honored to work for the City of New York for more than three decades and at NYC Emergency Management since 2014. The women and men at this agency are among the most dedicated, hard-working people I have ever known and I am humbled to lead them through the end of the year,” said Andrew D’Amora.

“I am honored to fill the role of Acting First Deputy Commissioner. The work NYC Emergency Management does with its partners to help New Yorkers before, during and after emergencies is incredibly important, and we will continue to work tirelessly on behalf of all the city’s residents,” said Christina Farrell.

“Andy D’Amora is an experienced and battle-tested public servant. He will lead NYC Emergency Management with the same dedication that he has exhibited throughout his career. I thank Mayor de Blasio for the opportunity to lead the country’s premier emergency management agency. It has been a great privilege,” said outgoing NYCEM Commissioner John Scrivani.

As NYCEM’s Chief of Staff, D’Amora managed the New York City deployment in support of the City of San Juan, Puerto Rico, during the aftermath of Hurricane Maria and coordinated the agency’s response to events ranging from summer heat waves to building collapses. As First Deputy Commissioner, he has led NYC Emergency Management through a range of disasters, including Tropical Storm Isaias, the COVID-19 pandemic, and snowstorms.

D’Amora joined the New York City Police Department in 1990 and holds the rank of Deputy Chief. He has served in several commands throughout the five boroughs. Prior to joining NYC Emergency Management, D’Amora coordinated the NYPD’s response to large-scale events like New Year’s Eve in Times Square and Hurricanes Irene and Sandy as the Commanding Officer of the Operations Division.

“Every time there has been a major emergency related to Staten Island, calling Andy D’Amora has been on my shortlist of actionable steps. His accessibility, professionalism, and desire to help have been constant and most appreciated. He’s been a friend to me, our Borough Hall team, and Staten Island. He’s one of those people you are glad is in your foxhole, and I am really heartened to see his expertise and years of service recognized via this appointment,” said Staten Island Borough President James Oddo.