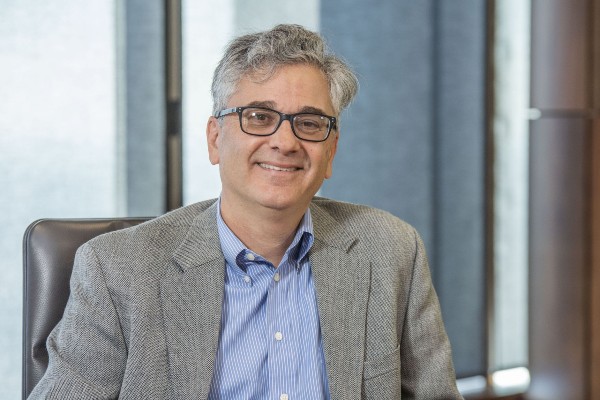 Mayor de Blasio today appointed Vincent Schiraldi as Commissioner of the Department of Correction, building on his decades-long career in public service and criminal justice reform.

“Vincent Schiraldi is a reformer through and through,” said Mayor Bill de Blasio. “From his work at the Columbia Justice Lab to his transformation of the New York City Department of Probation, Vincent has led the charge to fundamentally change how our criminal justice system works. I trust that he will drive us forward in our work to create a jail system that is smaller, safer, and more humane.”

“I’m honored that Mayor de Blasio has chosen me to lead the Department of Correction at this critical period,” said Incoming Commissioner Vincent Schiraldi. “New York has been a leader in safely reducing incarceration, showing the rest of the country what it looks like to exit the era of mass incarceration. The challenge now, one I look forward to taking on, is to have the environment and culture in DOC jails match the excellent work the city has done combating mass incarceration.”

Vincent Schiraldi has extensive experience in public life and criminal justice reform. Throughout his decades-long career in public service, he has gained a national reputation as a fearless reformer who emphasized the humane and decent treatment of men, women, and children under his correctional supervision.

Schiraldi is currently a Senior Research Scientist at the Columbia School of Social Work and co-Director of the Columbia Justice Lab.

Prior to that, he founded the policy think tank, the Justice Policy Institute, before moving to government as director of juvenile corrections in Washington DC, as Commissioner of the New York City Department of Probation, and Senior Policy Advisor to the NYC Mayor’s Office of Criminal Justice.

He also pioneered efforts at community-based alternatives to incarceration in NYC and Washington DC.

Schiraldi received a MSW from New York University and a Bachelor of Arts from Binghamton University.

“On behalf of the Board of Correction, I congratulate Mr. Schiraldi on his appointment as Commissioner of the Department of Correction,” said Jennifer Jones Austin, Board Chairperson. “The Department of Correction can be a challenging organization to lead, and currently is facing myriad challenges. With his vast experience and empathy, I believe Commissioner Schiraldi will provide essential leadership at this time. The Board looks forward to working with him and the rest of the Department to continue making the city’s jails safer and more humane for both staff and people in custody.”

“The Fortune Society applauds the Mayor for appointing Vincent Schiraldi as the next Commissioner of the NYC Department of Correction,” said Stanley Richards, Executive Vice President of The Fortune Society. “Vinny’s appointment demonstrates the de Blasio Administration’s commitment to close Rikers Island and end solitary confinement. Over the decades, The Fortune Society has developed a deep respect and admiration for Vinny’s vision for a justice system that is fair, humane, and just. We look forward to working closely with Vinny to further develop and implement the groundbreaking changes and policies that will build a smaller, safer and fairer correctional system.”

“I congratulate Vincent Schiraldi for his appointment as Commissioner of the Department of Correction. Mayor de Blasio has made an outstanding choice to head this critically important agency. Mr. Schiraldi is one of the country’s most dynamic and forward-thinking experts on incarceration and criminal justice practices. He is a highly experienced, highly-committed professional who has the vision and know-how to improve the operations and culture of the Department of Correction, to keep staff and incarcerated people safe and healthy, and to move this City towards a future without the dysfunctional jails on Rikers Island,” said Hon. Jonathan Lippman, former New York State Chief Judge, Chair of the Independent Commission on NYC Criminal Justice & Incarceration Reform, and of counsel at Latham & Watkins

“The Mayor has made an excellent choice in appointing Vincent Schiraldi as the Commissioner at the New York City Department of Correction,” said Former Department of Correction Commissioner Michael P. Jacobson. “Vinny has real criminal justice operational experience as head of the Washington DC juvenile justice system and as Commissioner of the New York City Department of Probation. In both of those jobs, Vinny showed himself to be both a reformer and a visionary. The number of incarcerated juveniles in DC dropped precipitously while conditions of confinement improved immeasurably under his leadership. At Probation, Vinny oversaw a huge decline in the number of people on probation, implemented a community-based education and support system for those on probation, and dramatically reduced the number of technical probation violations. He will surely bring those skills to the difficult management challenges facing the Department of Correction and also take charge of guiding the agency as it implements Mayor de Blasio’s vision of closing Rikers Island and reimagining incarceration in New York City. He will be more than up to those tasks and I look forward to working with him.”

“Vinny Schiraldi has a national reputation as a leader in justice reform. He is a turn-around agent with an impressive track record, transforming the juvenile justice system in Washington, shrinking the reach of probation in New York City and launching a new national focus on young adults in corrections,” said Jeremy Travis, Former President of John Jay College of Criminal Justice and current Executive Vice President of Arnold Ventures.“ He is that rare combination of a visionary with an ability to get things done. At this critical juncture, when the Mayor’s commitment to close Rikers is ever closer to reality, it is reassuring to know that the City’s Department of Correction is in good hands.”