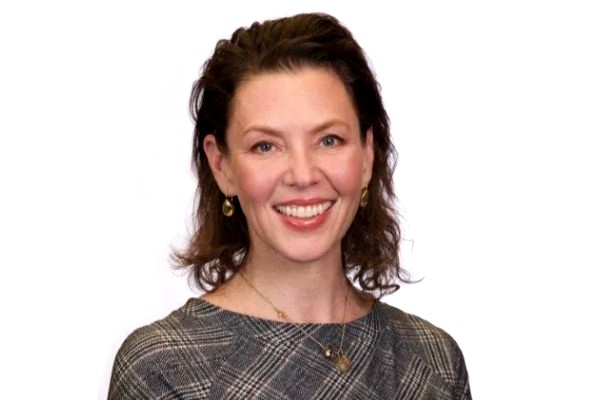 Loeb has been NYCEDC’s Acting President since March when she succeeded James Patchett.

“New York City will build a recovery for all of us by driving economic growth in every neighborhood. That’s a tall order – but visionary, forward-thinking leaders like Rachel Loeb can help us get it done,” said Mayor Bill de Blasio. “Rachel has been an extraordinary public servant at several roles at EDC. The creativity and hard work she demonstrated in helping us fight back COVID-19 this past year will help New York City become the public health capital of the world, and create a lasting, equitable economic recovery.”

“During her tenure as EDC’s Chief Operating Officer, Rachel Loeb met the unexpected challenges of the past year with grace and effectiveness,” said Deputy Mayor for Housing and Economic Recovery Vicki Been. “She demonstrated exceptional leadership on matters ranging from obtaining necessary PPE and technology at the height of the pandemic to creating the city’s first-in-its-class Pandemic Response Lab. Rachel has the tenacity, vision, and thoughtfulness to deliver on the Mayor’s plan for a recovery for all of us. I congratulate her on this well-deserved promotion, and look forward to continuing our work together to bring back the city we both love.”

“It is my pleasure to accept this permanent role leading NYCEDC. Thank you to Mayor de Blasio and Deputy Mayor Been for continuing to have faith in me as we work together toward a full recovery for New York City,” said NYCEDC President & CEO Rachel Loeb. “I am amazed and inspired every day to work alongside my excellent colleagues at EDC as we focus on rebuilding our economy in the wake of the COVID-19 pandemic and make this city more resilient for the future.”

“I look forward to working with Rachel during this important time in NYC’s re-opening and recovery. Her thoughtfulness, strength, and vision for New York City are crucial to our city’s long-term renaissance,” said Danny Meyer, CEO of Union Square Hospitality Group, who was recently appointed Chairman of the NYCEDC Board of Directors.

Rachel Loeb joined NYCEDC in 2018. In both her roles as Acting President & CEO and as former Chief Operating Officer, she helped lead the organization through the challenges of the COVID-19 crisis and focused on infusing equity and inclusion more deeply into the work of NYCEDC.

As President and CEO, she will continue to oversee NYCEDC’s portfolio of projects in life sciences, ferries, investments in infrastructure, sustainability, and innovation.

Recently, Loeb led elected officials on a tour of the South Brooklyn Marine Terminal, where she spearheaded plans to activate the site to support offshore wind development, and laid out a vision for the future, including a plan for sustainability and growth in green jobs for New Yorkers.

She also negotiated the deal with Steiner Studios to develop a new film and television production hub at the Made in New York campus in Sunset Park, Brooklyn, which will support 2,200 jobs and fund local workforce development to diversify the film and television industry.

Prior to joining NYCEDC, Loeb was a senior executive member of World Wide Group, overseeing all aspects and phases of the development process.

Before joining WWG, Loeb was a Senior Director of Development for AvalonBay, where she was responsible for the development of over 1,400 apartments.

She began her career in Ho Chi Minh City, Vietnam where she worked on the Saigon South development, an 8,000-acre new town community.

Loeb is a graduate of Northwestern University and the Massachusetts Institute of Technology, where she earned a master’s in City Planning. She lives in Brooklyn with her husband and two sons.

“Whether EDC is promoting economic growth or leading the fight against COVID-19, Rachel Loeb has been a fearless leader for all New Yorkers,” said Council Member Paul A. Vallone, Chair, NYC Council Committee on Economic Development. “I look forward to working with Rachel to bring a steadfast recovery for New York City.”

“I am thrilled that Mayor de Blasio has appointed Rachel Loeb to serve as President and CEO of the NYC Economic Development Corporation. She is always accessible, responsive, and collaborative in advancing important city initiatives forward. Ultimately, she gets things done,” said Council Member Mark Treyger. “The ability to get big things done in government should never be underestimated. I’ve worked with her team to expand opportunities and possibilities in Coney Island and I look forward to continue working with President Loeb to getting more done.”

“Rachel Loeb is the perfect choice to be appointed President of New York City Economic Development Corporation (NYCEDC),” said Council Member Diana Ayala. “I could not think of a more qualified individual to lead NYCEDC. Rachel Loeb has an extensive background in workforce development and will continue to build upon the work NYCEDC has done in response to the challenges faced by the COVID-19 crisis. I congratulate her on being appointed President and CEO and look forward to working to continue focusing on infusing equity and inclusion within the work being done at NYCEDC.”

“For those of us who have observed Rachel’s creativity and civic commitment at close range, the Mayor’s decision to place her at the head of EDC is cause for celebration,” said Mary Ann Tighe, CEO, NY Tri-State Region/CBRE. “During the height of the pandemic, Rachel calmly confronted the unprecedented challenges the City faced, from ventilator shortages through the restaurant industry crisis, and worked with her EDC team to find solutions.  She is just the right person to help lead NYC’s economy into recovery.”

“Rachel has demonstrated amazing leadership during the pandemic, has a deep understanding of the city, and knows how to get things done,” said Kathryn Wylde, President & CEO, Partnership for New York City. “She is a terrific choice for EDC.”