Mayor de Blasio Appoints Lorraine A. Cortés-Vázquez As Commissioner For The Aging 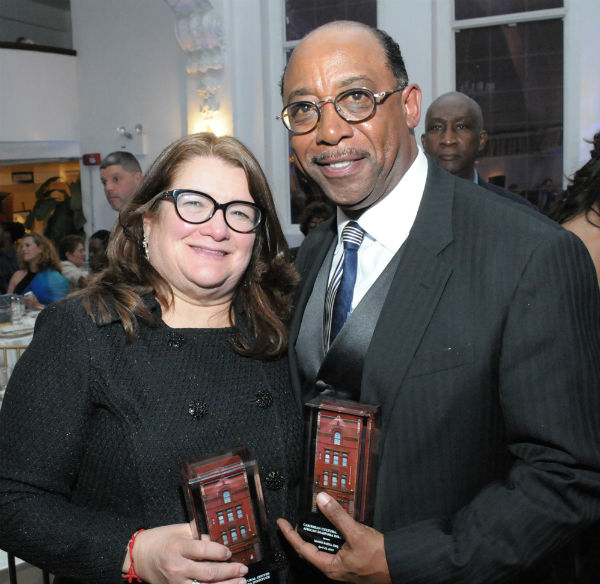 Mayor Bill de Blasio announced today that Lorraine A. Cortés-Vázquez will serve as Commissioner of the Department for the Aging.

As Commissioner, Cortés-Vázquez will work to advance DFTA’s mission to eliminate ageism, ensure the dignity and quality of life of older adults, and support caregivers.

Cortés-Vázquez has extensive experience in government, private, and non-profit sectors. She is currently Senior Advisor to Mayor de Blasio and was previously New York’s 65th Secretary of State. Prior to serving in this role, she was the Executive Vice President for the American Association of Retired People (AARP). She also previously served the City as Bureau Chief for Bureau of Program and Resource Development for DFTA for 14 years. In this role, she administered a $10 million budget, managed a staff of 108 people over 13 divisions, and managed the Fund for Aging Services, Inc., a public-private venture of DFTA.

“Lorraine is an experienced and dedicated public servant, and I know she will do an incredible job as DFTA’s new Commissioner, where she will serve the diverse needs of approximately 1.6 million older New Yorkers,” said Mayor Bill de Blasio

. “I look forward to supporting her in this new role as she works to make New York the most age-friendly city in America.”

“Lorraine is an experienced and knowledgeable public servant with an extraordinary understanding of our city. I am very pleased to welcome her as the head of our Department for the Aging, and looking forward to working with her in this new role,” said Deputy Mayor for Health and Human Services Dr. Herminia Palacio.

“I thank Mayor de Blasio for this opportunity to serve older New Yorkers and make New York among the best age-friendly cities in US. It is exciting to return to DFTA at this stage in my career and to continue to work with non-profit partners who ensure older New Yorkers receive the support, services, respect and dignity they deserve,” said DFTA Commissioner Lorraine Cortés-Vázquez.

Cortés-Vázquez also served as President of the Hispanic Federation, a nonprofit network of 92 Latino health and human service agencies in New York, New Jersey, and Connecticut, and as Executive Director of ASPIRA of New York, the nation’s oldest and largest nonprofit Latino youth leadership development and education advocacy agency.

Cortés-Vázquez obtained her undergraduate degree from Hunter College and earned a master’s degree from New York University Robert F. Wagner Graduate School of Public Service. She is a Toll Fellow, having completed the national leadership program for elected and appointed officials. She also earned certificates from Harvard University’s John F. Kennedy School of Government and from Columbia University’s School of Non-Profit Management in Harlem.

Her first day as Commissioner of the Department for the Aging will be April 15.

“Lorraine Cortés-Vázquez has dedicated her life to public service at all levels, and her appointment as the new commissioner of the City’s Department for the Aging is well-deserved. Ms. Cortés-Vázquez’s record of achievement speaks for itself, and I know she will bring the same passion to DFTA that she has brought to positions throughout her career. The senior citizens of New York City will have a true advocate in Ms. Cortés-Vázquez, and I congratulate Mayor de Blasio on an excellent appointment. I look forward to working with Ms. Cortés-Vázquez on the issues that concern our senior population in the future,” said Bronx Borough President Ruben Diaz Jr.

“I commend Mayor de Blasio for the appointment of Lorraine Cortés-Vázquez as the new Commissioner of the Department for the Aging. Additionally, I would like to congratulate Lorraine as the new commissioner,” said Assembly Member Marcos A. Crespo. “Lorraine has been an outstanding leader throughout her career, from her advocacy for New York families to her work in the healthcare sector. I have no doubt she will bring her great vision and leadership skills as we look to bring the highest quality service and respect to older adults in all five boroughs.”

“I congratulate Lorraine Cortés-Vázquez on her appointment as Commissioner of the Department for the Aging, and I look forward to working closely with her as we prepare for the needs of a growing and increasingly diverse aging population,” said Council Member Margaret S. Chin, Chair of the Committee on Aging. “The next few years will be a critical time for New York’s older adults. As our city experiences a rapid rise in the number of seniors, older New Yorkers are also aging into poverty at a rising rate and facing an acute affordable housing crisis. These issues will require a comprehensive response from city agencies, including significant investment in services for seniors and those involved in their care. I look forward to working with Commissioner Cortés-Vázquez, who has decades of experience in both the nonprofit and governmental sectors, to continue our vital efforts on behalf of older adults across our city.”

“As a member of the City Council’s Committee on Aging, I am ecstatic about Lorraine Cortéz-Vázquez’ return to DFTA as its Commissioner. She brings with her decades of valuable experience as a public servant and a commitment to ensure our city’s aging population is treated with dignity. I look forward to working with her in her new role as she leads this vital agency,” said Council Member Diana Ayala, Chair of the Committee on Mental Health, Disabilities, and Addiction.

“Lorraine Cortés-Vázquez has been an advocate for the aging in New York for most of her career. We have had the pleasure of working with Lorraine for many years, including when she served as AARP’s Executive Vice President for Multicultural Markets & Engagement. She has championed a variety of issues critical to older New Yorkers, from affordable housing and livable communities to economic security and wellness. She will be a strong advocate for older adults in New York City, and AARP applauds Mayor de Blasio for her appointment,” said Beth Finkel, AARP New York State Director.

“LiveOn NY congratulates Lorraine Cortés-Vázquez on her appointment as Commissioner of the New York City Department for the Aging,” said Allison Nickerson, Executive Director, LiveOn NY. “The DFTA network of community-based services is critical to enabling older New Yorkers and their caregivers to thrive in their communities. We look forward to working with Incoming Commissioner Cortés-Vázquez to make New York a better place to age.”

“We commend the Mayor on appointing Lorraine Cortés-Vázquez to lead the Department for the Aging. Commissioner Cortés-Vázquez’s extensive experience makes her uniquely qualified to improve the quality of life of older New Yorkers – many of whom are women who play vital roles in the lives of their families and communities,” said Ana Oliveira, President and CEO of The New York Women’s Foundation.