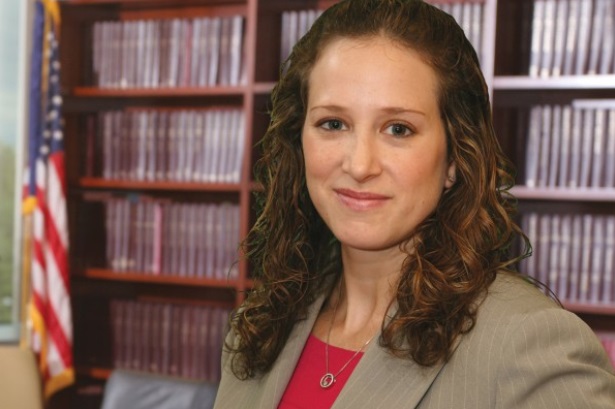 Mayor Bill de Blasio today appointed Joni Kletter as Commissioner and Chief Administrative Law Judge of the Office of Administrative Trials and Hearings (OATH). OATH is the City’s central, independent administrative law court that adjudicates summonses issued by 25 different City enforcement agencies for alleged violations of law or City rules. As Commissioner, Kletter will work to ensure that even more New Yorkers have equal access to justice and that the City remains a clean and safe place to live for all. Kletter currently serves as the Director of the Mayor’s Office of Appointments and brings over 15 years of legal and government experience to the position.

“Joni is a one-of-a-kind public servant who has helped build a team of leaders who are dedicated to our key mission: making this city fairer for all. Now, I am thrilled to welcome her as Commissioner and Chief Administrative Law Judge of OATH, where she will continue her good work by ensuring our administrative courts are just and fair, and all New Yorkers are heard,” said Mayor Bill de Blasio.

“I am honored to be named Commissioner of OATH in the greatest city in the world. OATH is emblematic of everything that this Administration cares about: access to justice, fairness and equity. Every day, the work at OATH helps to make this city a safer, cleaner and better place to live. I want to thank Mayor Bill de Blasio for this incredible opportunity,” said Joni Kletter.

OATH hears about 100 times more cases than all the criminal courts in the city put together. In addition, the OATH trial division adjudicates a wide range of issues that can be referred by City agencies, including disciplinary hearings and licensing issues. OATH also houses The Center for Creative Conflict Resolution, which serves as a conflict resolution resource for New York City government, its agencies, employees, unions and the public they serve.

“I’m thrilled to congratulate Joni Kletter on her appointment as the new Commissioner of OATH. Joni understands the uniqueness of our city and will maintain justice for all while upholding our cities regulations. She’ll make us all proud and bring much-needed fairness to our system,” said Senator Andrew Gounardes.

“I met Joni Kletter close to a decade ago and was immediately impressed with her intelligence and dedication. Mayor de Blasio made an inspired choice by appointing her OATH Commissioner. New Yorkers who appear before OATH will benefit from her experience, her vision, and her leadership,” said Assemblymember Rodneyse Bichotte.

“Joni is a dear friend and someone I deeply respect, having dedicated her entire professional career to the pursuit of justice and equity. For many New Yorkers, coming before the Office of Administrative Trials and Hearings is their first and sometimes only interaction with our municipal justice system. And, since you don’t get a second chance to make a first impression, it is critical to have a Commissioner and Chief Administrative law Judge who is truly dedicated to providing a professional, transparent, neutral and fair adjudication experience that delivers justice to all New Yorkers. Joni’s moral compass points true north. She will be great,” said Council Member Justin Brannan.

“Joni Kletter is known for her attention to detail and intuitive ability to get work done on behalf of the City of New York,” said Council Member Ben Kallos.” As OATH Commissioner she will not only get the job done but she will excel making sure justice is delivered fairly and that our City working to be safer, cleaner and just better overall. Congratulations to Commissioner Kletter and thank you to Mayor de Blasio for appointing a commissioner with such a good reputation who we are all sure will do great at this job.”

“From her time at City Legislative Affairs and then as Director of Appointments, I have seen Joni’s work first hand. She is smart and kind. She is a consensus builder who knows how to get things done. I congratulate Mayor de Blasio on a terrific pick and look forward to seeing Joni’s leadership at OATH,” said Council Member Mark Levine.

“We have been fortunate to have had the opportunity to work with Joni Kletter through the years and get to know her for the great public servant that she is, and for the integrity she brings to her work,” said Council Member I. Daneek Miller. “I look forward to working with our new Commissioner and the team at OATH to ensure that homeowners and small businesses are able to navigate local government and receive due process.”

“I congratulate Joni on her appointment as Commissioner and Chief Administrative Law Judge of OATH. She brings tremendous experience and a real sense of civic duty to this position. I will do everything possible to support her efforts to ensure that every New Yorker has equal access to justice and that city laws regarding cleanliness and safety are fully upheld,” said Council Member Helen Rosenthal.

“Joni Kletter is a bright legal mind and a talented administrator. New Yorkers can expect her to continue strengthening and streamlining OATH’s commitment to fairness. Her reasoned, pragmatic and organized approach to problem-solving makes her the perfect person to administer this important agency,” said Council Member Kalman Yeger.

“Joni Kletter is the kind of lawyer we can be proud to have to administer justice in our city,” said Melanie Leslie, Dean of Cardozo School of Law. “Her intelligence, sound judgment, extensive experience and commitment to fairness and equity for all New Yorkers will make her an outstanding commissioner. We are proud to count her as a member of our alumni community.”

Before serving as the Director of the Mayor’s Office of Appointments, she served as First Deputy Director and Counsel in the Mayor’s Office for City Legislative Affairs. In that role, she played a central role in shaping the Administration’s public policy; advancing the Administration’s local legislative agenda; negotiating City Council legislation; and preparing agencies and Commissioners for City Council hearings.