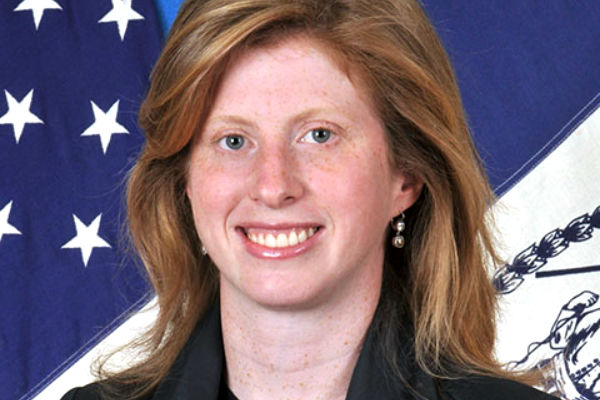 Mayor Bill de Blasio today appointed Jessica Tisch as Commissioner of the Department of Information Technology and Telecommunications (DoITT). Tisch previously served as Deputy Commissioner of Information Technology for the NYPD, where she lead the Department into the 21st century by harnessing the power of technology to best serve police officers and the people of New York City. At the NYPD, she helped revolutionize policing in the City by implementing the largest police body-worn camera, smartphone and tablet programs in the world. Her deep knowledge of complex technological systems and accomplishments throughout her decade of public service with the City of New York make her well-equipped to lead DoITT into the future.

As DoITT Commissioner, Tisch will lead all aspects of the City’s delivery of IT services that touch every aspect of city life, from public safety to human services. She will also undertake a modernization of the City’s technology infrastructure.

“Jessica’s knowledge of technology and her drive to get things done are unmatched,” said Mayor Bill de Blasio. “She helped modernize the finest police force in the nation, outfitting our officers with body-worn cameras and equipping them with smartphones to better connect to New Yorkers. I’m thrilled to welcome her to her new role as Commissioner of DoITT, where she will continue to use technology to make New York City government work better on behalf of all New Yorkers. I also want to thank Eusebio for his hard work as Interim Commissioner and am grateful he will remain in this Administration as Chief Information Officer at the Department of Finance.”

“Jessica Tisch is a world class talent and is a dedicated public servant. She will ensure DoITT continues to serve the complex technology needs of our government, bringing benefits and real results to the millions of New Yorkers we serve,” said Deputy Mayor Laura Anglin. “I thank Interim Commissioner Eusebio Formoso for his leadership, and look forward to his continued partnership.”

“Over the past six years, the Mayor has given me the rare opportunity to use technology to modernize the greatest police department in the world. That modernization did not happen in a vacuum. It was part of a much larger vision that Mayor de Blasio had for how technology can be used to solve problems and serve New Yorkers,” said incoming DoITT Commissioner Jessica Tisch. “It is now my great honor to help him realize this vision across City government.”

As Deputy Commissioner of Information Technology at the NYPD, Tisch led the effort to use technology to transform the NYPD’s fundamental business processes, including how officers are dispatched and respond to 911 calls for service, take crime reports, investigate, and search for wanted or missing persons. She managed the development and implementation of the flagship Domain Awareness System, which is at the heart of the NYPD’s crime fighting and counterterrorism operations. Under her leadership, the NYPD equipped every officer with a smartphone that not only gives them access to real-time information in the field, but also improves their accessibility to the public. This effort is fundamental to the Neighborhood Policing program.

In addition to driving the wholesale replacement of the NYPD’s technology infrastructure, Tisch oversaw the agency’s efforts to open a new 911 Call Center in the Bronx. She was also responsible for a pioneering interagency effort with the MTA to make NYPD’s radios work in the subways. Tisch also drove a number of efforts to improve the transparency of the NYPD, including equipping patrol officers with body-worn cameras and making crime statistics, Vision Zero statistics and collision reports available to the public online.

Tisch joined the NYPD in 2008, first as Director of Planning and Policy in the Counterterrorism Bureau and then as Counsel to the Police Commissioner. Tisch graduated Harvard College in 2003 and Harvard Law School and Harvard Business School in 2008. She is a lifelong New Yorker. Her first day as DoITT Commissioner is December 9, 2019.

“It’s been an honor to serve as DoITT’s Interim Commissioner and work with the dedicated public servants who run New York City’s IT infrastructure,” said outgoing Interim Commissioner Eusebio Formoso. “I thank Mayor de Blasio and Deputy Mayor Anglin for the opportunity to oversee DoITT through this transition and am excited to work with Commissioner Tisch in her new role.”

“Precision policing is the cornerstone of the NYPD’s success in driving down crime to record low levels while also reducing street-stops, criminal summonses and arrests— and technology is indispensable to that success,” said NYPD Police Commissioner Dermot Shea. “Jessica Tisch’s achievements have made New York City safer and helped cops do their jobs better, smarter and more effectively. These are groundbreaking accomplishments that cannot be underestimated. Her legacy at the NYPD will be difficult to replicate, and our loss is the rest of the City’s gain.”

“As New York City enters a new decade, it is imperative that our leaders understand and take full advantage of the opportunities presented new technologies that will permanently reshape how we do business here in the greatest city in the world,” said Senator Charles E. Schumer. “This role couldn’t be a better fit for Jessie Tisch, who is deeply knowledgeable, energetic and a committed public servant. I look forward to watching her bring the same diligence, professionalism, and street smarts that she used to transform the information systems at the NYPD to her new job as commissioner.”

“Quite simply, under Jessie Tisch’s leadership, the NYPD went from last to first in policing technology,” said former NYPD Police Commissioner James P. O’Neill. “Going from essentially the technological Stone Age to the era of modern, cutting edge innovation took unbridled determination and unmatched skill. That’s what Jessie brings to her work. As a result of her leadership, technology has proven to be a key enabler of the agency’s most critical initiatives, Neighborhood Policing first and foremost.”

“Jessie’s contributions to New York City and to the entire policing profession cannot be overstated,” said former NYPD Police Commissioner William J. Bratton. “Her vision and leadership in outfitting every NYPD officer with a smartphone transformed how policing is done around the world. As a result, we are not only safer than ever before, but we have more trust, transparency and accountability than at any time in our history. Jessie will bring this legacy of accomplishment and passion for her work to all of the City’s technology programs, and New York City will be better for her service.”