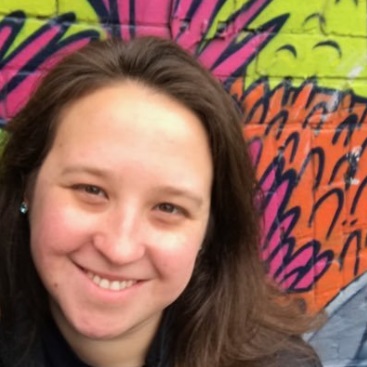 “Bad landlords – you’re on notice,” said Mayor de Blasio. “As Director of the Mayor’s Office to Protect Tenants, Jackie will be the fighter in the corner of every New Yorker experiencing harassment. She will make existing programs better, and create new strategies to root out abuse.”

“I’ve spent the past three years working with New Yorkers experiencing homelessness. The more I did this work the more it became clear that securing stable, affordable housing has to be the highest priority for all of us. Rooting out bad landlords and supporting the right of tenants to live free from harassment and displacement cannot be the work of any single individual program or agency. As Director of the Mayor’s Office to Protect Tenants, I will ensure the entire force of City government is coordinated and laser focused on helping New Yorkers stay in their homes and holding bad landlords accountable for abuse,” said Jackie Bray, Director of the Mayor’s Office to Protect Tenants.

Protecting tenants is a core part of the City’s strategy to confront the affordable housing crisis. On January 10th at the State of the City, Mayor de Blasio signed an executive order establishing the Mayor’s Office to Protect Tenants to lead comprehensive outreach on anti-harassment initiatives and be the central point of contact for tenant advocates.

“Jackie Bray has had a thankless job and has done it with intelligence and grace,” said Manhattan Borough President Gale A. Brewer. “She has represented her homeless clients ably and has worked hard to address community concerns as New York City has moved to shelter its homeless population. I believe she will be a fierce tenant advocate and I look forward to working with her in her new position.”

“Protecting tenants is a fight on many fronts, particularly for immigrant New Yorkers who face unique and daunting challenges standing up to harassment and exploitation,” said Council Member Carlos Menchaca, Chair of the Committee on Immigration. “As Director of the Mayor’s Office to Protect Tenants, I am confident that Jackie Bray will understand these complexities and know how to make this City a place where every tenant, regardless of status, is treated with equal dignity and respect.”

“The best solution for homelessness is to prevent it before it begins. This new office will give tenants a place to go to navigate housing issues before they result in evictions. My hope is that, by having someone to fight on their behalf, we can better ensure that tenants working in good faith to maintain their apartments do not end up on the streets or in our shelter system,” said Council Member Debbie Rose.

“As a city we have progressed with the protections of our tenants. We will continue our work alongside the Mayor’s Office to Protect Tenants, to ensure that there is someone fighting for tenant rights 24/7. The City of New York has an obligation to protect the rights of our tenants, they shouldn’t live with the fear of being evicted or displaced by their landlords,”

“As a city, we have progressed with the protections of our tenants. We will continue our work alongside the Mayor’s Office to Protect Tenants, to ensure that there is someone fighting for tenant rights 24/7. The City of New York has an obligation to protect the rights of our tenants, they shouldn’t live with the fear of being evicted or displaced by their landlords,” said Council Member Ydanis Rodriguez.

“Jackie Bray has proven that she is a leader that gets things done. I expect nothing less as she transitions to the Office of Tenant Protection and I look forward to working with her to ensure that we root out bad landlords and ensure ever tenant has a safe, habitable space to live,” said Council Member Stephen Levin.

“Tenants shouldn’t have unfair pressure to leave their home while already struggling to make ends meet,” said Council Member Costa Constantinides. “Sadly that’s too often the case. I look forward to working with Jackie and the Office to Protect Tenants on ways to improve the lives of every New Yorker.”

“Jackie Bray is one of the best, most competent people I have ever worked with. The managerial strength she brought to DHS made my work at WIN that much easier and more effective. I wish her the best of luck in this new, important endeavor,” said Christine Quinn, President, and Chief Executive Officer, WIN.

“I am so happy to hear about Jackie Bray’s recent appointment as Director of the Mayor’s Office to Protect Tenants”, said Salvatore D’Avola, Executive Director of Neighborhood Restore HDFC. “Having worked closely with Jackie over the past few years in creating permanent affordable housing solutions for homeless families, I am convinced that she will be great at spearheading the City’s efforts to protect tenants’ rights. I look forward to continuing to work with her in her new capacity.”

“Jackie Bray has been instrumental to the success of Turning the Tide on homelessness. She possesses tremendous perseverance, intelligence, and compassion. I always found her to be accessible, solution-oriented and responsive to the needs of both people who are homeless and the providers who serve them. While I and my agency will miss her steadfast leadership, we wish her the very best in her new position and are grateful she will continue to work on issues related to homelessness,” said Mitchell Netburn, President & CEO, Samaritan Daytop Village, and former First Deputy Commissioner, NYC Department of Homeless Services.

“Jackie Bray brings energy, creativity, perseverance and a deep-seated desire to understand deep-rooted problems and bring all affected constituents together to help solve them. I believe that Jackie will bring the same qualities she applied to DHS homeless initiatives to her new position where she can help coordinate code enforcement efforts while simultaneously develop programs to provide protection and support the City’s preservation initiatives. As Executive Director of MHANY Management Inc., this work is core to our mission and I welcome her role and look forward to working together to protect and provide long term affordable and well-maintained housing solutions for very low, low and moderate-income New Yorkers,” said Ismene Speliotis, Executive Director, MHANY Management Inc.

“I have truly appreciated the opportunity to work with Jackie Bray at DHS over the last few years. Jackie is a person who quickly masters complicated topics and then gets things done. She’s a great choice for the Office to Protect Tenants. New York City renters will have an effective new advocate and the City will retain a dedicated public servant,” said George Nashak, Executive Director, Care for the Homeless and President, Homeless Services United.

“Since the integration of DHS into DSS 3 years ago, Jackie Bray has been the maestro, orchestrating countless initiatives that have successfully solved problems, improved performance, and overall helped begin to turn the tide on homelessness in NYC. She is a person of honesty and integrity, a straight shooter and an avid listener. I have no doubt she will be as indefatigable and effective a leader in her new role as she was at DHS,” said Muzzy Rosenblatt, CEO & President, BRC.

“AARP congratulates Jackie Bray on her appointment and we look forward to working with her on protecting affordable housing, one of the most vital elements to making New York City age-friendly. Tenant protections are a central component to keeping housing affordable and are becoming even more critical as rents rise across the city and more units go to market rates. AARP is committed to working with the Mayor and his administration to keep the city livable for people of all ages.” Chris Widelo, AARP Associate State Director for New York City.

Jackie Bray is the First Deputy Commissioner at the New York City Department of Homeless Services, the nation’s largest and most comprehensive homeless system, where she oversees the day to day operations, implementation of the City’s Turning the Tide on Homelessness Plan, and all rehousing programs. Previously, Jackie served as Deputy Commissioner for Strategic Initiatives at the City’s Department of Social Services and as a policy adviser at City Hall focused on mental health policy and programs. Prior to joining NYC government, Jackie served as Deputy Chief of Staff at the National Oceanic and Atmospheric Administration and Chief of Staff at the National Weather Service. There she focused on stabilizing the nations’ weather satellite programs, implementing the Weather-Ready Nation vision, and developing climate adaptation policy. Prior to her government service, Jackie spent nearly a decade on Democratic campaigns. She is an alumna of the University of Michigan and has a Masters of Public Health from Columbia’s Mailman School. Jackie is passionate about public sector change management and making bureaucracies work. She lives in Brooklyn with her partner, Brynne Craig, and their dog Marlowe.