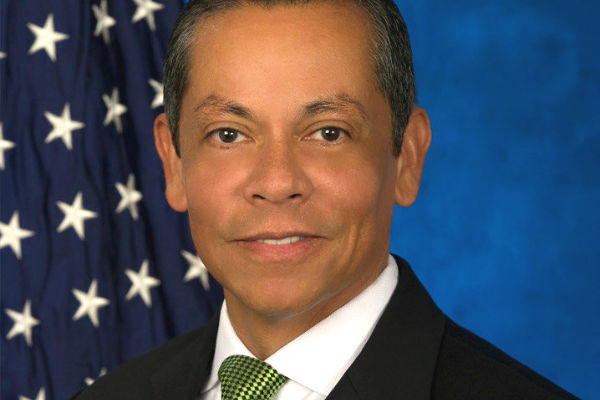 “It’s an honor to welcome Dr. Perea-Henze back home. Over the course of a career spanning three decades in both senior levels of government and the private sector, Dr. Perea-Henze has established himself as a genuine change-maker committed to improving the lives of vulnerable people everywhere,” said Mayor Bill de Blasio. “From confronting the early AIDS epidemic to standing shoulder-to-shoulder with President Obama in the historic fight to end veteran’s homelessness, Dr. Henze has shown the very best of what the government can do. I am proud to welcome him to the helm of Health and Human Services.”

“New York City has my heart. It is my home. The opportunity to serve the people of New York City as a Deputy Mayor is a tremendous honor, particularly with this Administration, which has built on a foundation of equity and social justice that speaks the values that have motivated my work my entire life. It is a responsibility and privilege I cherish, and I want to thank Mayor de Blasio for this incredible opportunity,” said Raul Perea-Henze.

Dr. Henze is a public health physician who started his career caring for the health and mental health of New Yorkers. With three decades of work across local and federal government and the private sector, Dr. Henze will be tasked with deepening the city’s approach to addressing homelessness across the five boroughs, coordinating across the City’s public health care system, improving access to social services for all New Yorkers, and ensuring Agencies that oversee the City’s most vulnerable populations, such as seniors, children, and victims of domestic violence, are run in the most efficient and caring manner.

From 2010 through 2013, Dr. Henze was Assistant Secretary for Policy and Planning of the U.S. Department of Veterans Affairs, where he helped drive the effort to end veteran homelessness across the United States. Previously, he was Deputy Assistant Secretary for Management and Budget at the U.S. Department of Commerce from 1999 through 2001. His professional career began in New York City government as Chief of Staff and Associate Commissioner at the New York City Health and Hospitals Corporation, where he developed the Division of Infectious Diseases at the largest municipal health care system in the United States and coordinated early response efforts to the HIV/AIDS epidemic.

The son of health professionals, he grew up in Mexico where he graduated from medical school at 21 and later completed his training in Public Health at Yale University. At 28, he was one of the youngest elected Fellows at the New York Academy of Medicine And in 2010, he was confirmed by the Senate as the first openly gay Latino to become a Sub-Cabinet Secretary in the history of our country.

Dr. Henze has served on numerous boards for global and local organizations in health, mental health, Latino and veterans affairs, and national service. He has traveled and worked with physicians in 145 countries as a member of the World Medical Association and is fluent in four languages.

“Raul was a great partner in developing some of the first models of healthcare and social services for people in NYC with and affected by HIV/AIDS, and later was a colleague in the Obama Administration. I’m delighted to welcome him back to New York City, and look forward to working with him to strengthen the HHS continuum that is so critical for the vulnerable children and families that ACS serves,” said David Hansell, ACS Commissioner.

“I have known Raul Perea-Henze for many years as a person vividly engaged in global health, health policy, developing health systems and strategies. As a physician Raul cares for people and their health and he strongly advocates for getting better access to quality care for all people,” said Dr. Otmar Kloiber, Secretary-General, World Medical Association.

“Raul understands and values the importance of building support/coalitions between government, community organizations and the health care industry. Raul will serve Mayor de Blasio well as Deputy Mayor of Health and Human Services. He is uniquely qualified to serve in this position as a public servant who is compassionate toward community,” said Suzanna Valdez, Former Special Assistant to President Clinton.

“I’m delighted for two reasons: that the Mayor has made an excellent choice, and that Raul will be back in New York City. I’ve known Raul since he started in healthcare administration and service delivery; he worked for me at HHC. It’s been amazing and rewarding to see him grow over the years into the expert that he has become,” said Dr. Billy E. Jones, M.D., Former President HHC, Former Commissioner Department of Mental Health.

“I’ve known Raul and his work over the decades. I think the City is very fortunate to have him in this position as Deputy Mayor. I look forward to working with him and the rest of City Hall to advance the Mayor’s and the City’s agenda over the next several years,” said Frederick Davie, Executive Vice President of Union Theological Seminary and Chair of the CCRB.