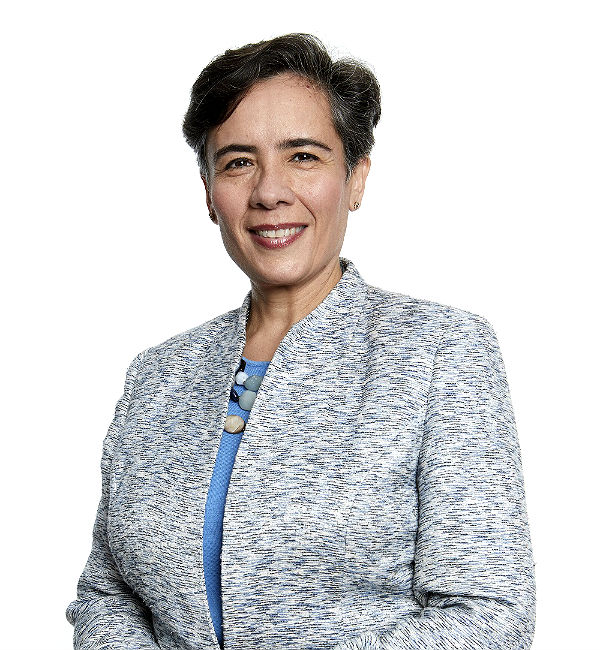 Mayor Bill de Blasio announced today the appointment of Dr. Oxiris Barbot as Commissioner of the City’s Department of Health and Mental Hygiene. In this role, she will lead the 6,000-member agency charged with protecting and promoting the health of New Yorkers in one of the largest and oldest public health agencies in the world. As Health Commissioner, Dr. Barbot will double down on the agency’s commitment to achieving health equity, battling the opioid epidemic, and raising awareness about mental health as part of New Yorkers’ overall wellness. She will become the first Latina to lead the agency.

“As a native New Yorker, Dr. Barbot understands that improving the health of our city starts with keeping health equity at the center of our work,” said Mayor Bill de Blasio. “Her extraordinary experience will be invaluable as we continue making New Yorkers the healthiest they can be, both physically and mentally.”

“Dr. Barbot has dedicated her life to eliminating disparities and injustices in health care,” said First Lady Chirlane McCray. “I am proud to welcome a public servant so deeply committed to ensuring that the WHOLE patient is treated —mind and body. Dr. Barbot has a notable range and quality of experiences. From running a federally qualified clinic in D.C. to leading the City’s response to Hurricane Maria in Puerto Rico, her work has been impressive. New York City is fortunate to have such an exceptional new Health Commissioner.”

“New York City needs a strong and experienced manager to lead our Health Department and I am extremely pleased to see Dr. Barbot take on that role,” said New York City Deputy Mayor for Health and Human Services Dr. Herminia Palacio. “As a pediatrician and public health expert, Dr. Barbot brings the right set of skills at the right time. She is extremely talented and I forward to working with her on this role to continue to protect the health of all New Yorkers.”

“I thank Mayor de Blasio for his trust as he appoints me Commissioner of Health,” said Health Commissioner Dr. Oxiris Barbot. “My 25 years in clinical medicine and public health have been guided by a commitment to equity, community engagement, and innovation, as well as a track record of incorporating mental health into my clinical and public health practice. Those priorities will continue to be a focus as I work to address reducing racially-based inequities within the most pressing health issues facing our City – opioid overdose deaths, the HIV epidemic and maternal/child health outcomes. I look forward to working with all of our city partners to achieve these goals.”

A native Bronxite, Dr. Barbot most recently served as Acting Health Commissioner. During that time, she’s overseen the roll out of the Bronx Action plan, an $8 million initiative to tackle the opioid epidemic in the South Bronx. She also announced NYC’s Standards for Respectful Care at Birth, which aims to improve health outcomes for women and reduce structural racism and unconscious bias at all 38 City maternity hospitals, clinical providers, and more than 100 community-based organizations.

Prior to serving as Acting Health Commissioner, Dr. Barbot served as First Deputy Health Commissioner, a role she began in 2014. In that role, she led the agency’s blueprint for achieving health equity, Take Care New York 2020, and led the agency’s efforts to bridge the gap between public health and health care delivery. She also guided the emergency preparedness response, healthcare systems analysis, and performance measurement for the nation’s largest health department. Dr. Barbot was also a strong supporter of the launch of Latinx Thrive, an effort by ThriveNYC advocacy organizations and elected officials to promote mental health literacy in the Latino community and connect individuals and families to Thrive services.

Dr. Barbot first joined the City’s Department of Health and Mental Services in 2003, serving as Medical Director for the New York City Public School System. During that time, she developed an electronic health record that improved the efficiency of delivering health services to more than one million school children. She served in that role for seven years, before going to Baltimore to take the role of Health Commissioner.

Dr. Barbot is an innovative pediatrician and public health influencer with over 20 years of experience in advancing equity and providing care to urban communities. Prior to returning to New York City, Dr. Barbot served as Baltimore’s City Health Commissioner from 2010 to 2014. Under her leadership, Baltimore launched Healthy Baltimore 2015, a comprehensive health policy agenda focused on improving health outcomes and addressing social determinants. While in Baltimore, Dr. Barbot focused on violence as a public health issue and introduced a health-in-all-policies approach to city government. She also served as Chief of Pediatrics and Community Medicine at Unity Health Care, Inc., a federally qualified health center in Washington, D.C. There, she gained firsthand knowledge of the importance of addressing underlying social determinants of health for communities challenged by both current and historic injustices.

A Bronx native, Dr. Barbot received a bachelor’s degree from Yale University and a medical degree from the University of Medicine and Dentistry of New Jersey. She completed her pediatric residency at George Washington University’s Children’s National Medical Center. Dr. Barbot is a nationally recognized expert on Latino health and regularly appears on national media outlets such as Telemundo and Univision. She’s been a proud member of National Hispanic Medical Association for over 20 years.