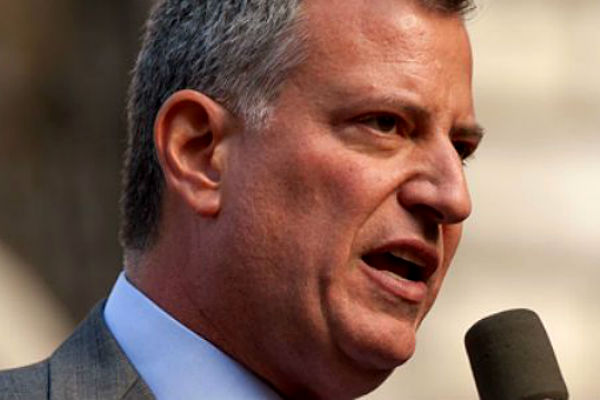 The pathway to pay parity will be between certified early childhood education teachers and entry-rate Department of Education salaries by October 2021.

“Early childhood education opens up a world of possibilities for our youngest New Yorkers and their families,” said Mayor Bill de Blasio. “In June, we committed to creating a pathway to pay parity for community-based childhood education providers, and in less than six months we have delivered. I want to thank District Council 37/1707, Speaker Johnson, all our partners in the City Council, and advocates for working to ensure our best teachers remain in the classroom and our children are ready to lead the New York City of the future.”

“This City Council believes strongly in tackling pay inequities among city workers, and as part of that commitment, we promised to address the gap between community-based early childhood educators and their Education Department counterparts. I am thrilled to announce the final of several deals, promised as part of this year’s budget agreement, to put these community-based educators on the path to pay parity. This took a lot of hard work, and I thank DC37 and the de Blasio administration for being partners in this process. I’d also like to thank the advocacy groups for holding us accountable to make this happen including the Campaign for Children led by the Citizens Committee for Children, United Neighborhood Houses, FPWA and UJA. The Council will continue to fight for the rights of working people throughout the five boroughs,” said City Council Speaker Corey Johnson.

Achieving a pathway to pay parity for early childhood educators completes the promise made by the Mayor and City Council to the provider community in June. The agreements reached earlier in the year between District Council 37/1707 Locals 205 and 95 and their employers served as a model to achieve pay parity for non-union providers in order to address issues of recruitment and retention. Certified teachers will see phased-in wage increases beginning in October 2019 with parity achieved in October 2021. Non-certified teachers and support staff will also see increases in compensation.

“This agreement builds on the important negotiations between District Council 37/1707 and the early childhood education providers, and further ensures that providers throughout the sector will be able to meet recruitment and retention challenges for those workers who are entrusted to teach our youngest New Yorkers,” said Renee Campion, Commissioner of the Mayor’s Office of Labor Relations.

“This is a momentous occasion for so many early childhood educators, and I thank Mayor de Blasio and Speaker Johnson for their leadership. Community-based providers are the backbone of 3-K, Pre-K, and EaryLearn, and these educators make a difference in the lives of New York City’s youngest learners every day. I am excited to continue working together to provide free, full-day, high-quality early childhood education in every borough,” said Schools Chancellor Richard A. Carranza.

“This is a major win for New York City,” said Council Member Daniel Dromm, Chair of the Committee on Finance. “As a former daycare center teacher and director, I know first hand the tremendous amount of work that goes into providing NYC children with a quality foundational education. Establishing pay parity is not only the right thing to do, it ensures that the City retains the top-notch professionals our students need to achieve academic excellence. I am pleased to have worked with Speaker Johnson and the de Blasio administration to make this day possible. This substantial investment in public education will mean great things for all New Yorkers.”

“This administration has made a tremendous effort to ensure that every young child has access to a quality education because it helps to eliminate social disparities later in life. That same sense of fundamental fairness is now being applied to what we pay the teachers who educate our young children. Whether they work for the Department of Education or a community-based organization, early childhood teachers perform the same vital function and are paid with public dollars. I commend the de Blasio administration for another important step toward salary parity across our society,” said Council Member Helen Rosenthal, Chair of the Committee on Women and Gender Equity.

“The success of our 3K and UPK programs is dependent on early childhood educators and staff. For far too long, early childhood educators working at community-based organizations have not received equal pay for equal work,” said Council Member Mark Treyger, Chair of the Committee on Education. “In June, the Council promised we would not pass a budget without an agreement to achieve pay parity for our early childhood educators. With today’s announcement, we are now one step closer to achieving pay parity for non-DOE staff, who guide and teach our youngest learners every day. I applaud the Administration and thank Speaker Corey Johnson for working to close the wage gap, and for his steadfast leadership to get this done.”

“Today’s announcement marks a long-sought milestone in economic justice for the dedicated workers who provide thousands of our city’s children with the care and education they need during their early years. We are grateful to Mayor de Blasio and Speaker Johnson for honoring their commitment to providing these hardworking men and women with a path to wage parity with their DOE counterparts,” said Henry Garrido, Executive Director of District Council 37.

“Ensuring salary parity in early childhood education for educators and staff working in community-based organizations today and in the years to come helps ensure the stability of a vital workforce and sector in New York City, and most importantly, a brighter future for the thousands of children they serve”, said Jennifer Jones Austin, CEO of the Federation of Protestant Welfare agencies. “I am immensely grateful to Mayor de Blasio and his administration, City Council Speaker Corey Johnson, DC 37 Executive Director Henry Garrido, and sector leaders for working together to achieve this critical outcome for our city, children, and families.”

“We applaud the de Blasio administration, the City Council, DC37, and members of the Campaign for Children for the progress announced today. We are profoundly grateful for community-based teachers and workers who provide high-quality early education services to our youngest New Yorkers. With this comprehensive parity deal, their work is valued and this essential system upon which New York’s families depend is stabilized,” said Jennifer March, Executive Director, Citizens’ Committee for Children.

“Early childhood education staff in settlement houses and other community-based organizations are invaluable pillars of our city’s early childhood education system who deserve fair and equitable compensation for their work,” said Susan Stamler, Executive Director, United Neighborhood Houses. “After years of advocacy, today’s investment in both union and nonunion workers is a promising step toward full pay parity. UNH is proud to continue our work alongside the de Blasio administration, the New York City Council, DC37, and our early childhood education colleagues to pursue that shared goal.”