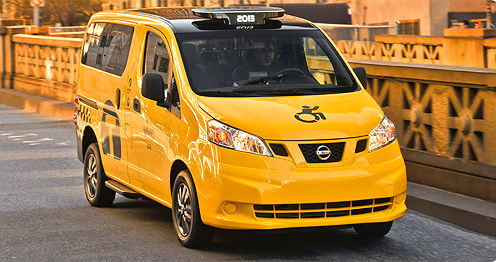 Under the agreement, Marblegate will restructure outstanding loans to a principal balance of $200,000, which will be constituted as a $170,000 guaranteed loan, plus a City grant of $30,000. The terms of the new loan will include a 5% interest rate and a 20-year, fully amortizing term. This restructuring will cap debt service payments at $1,122 per month for eligible medallion owners.

The City will provide funding for a guarantee on the principal and interest for these loans and will work with all other medallion lenders to achieve the same terms.

This agreement builds on the success of the City’s $65 million Medallion Relief Program, which has helped 173 owner/drivers achieve $21.4 million in debt forgiveness in just five weeks.

“Taxi workers have worked tirelessly to make New York City the most vibrant city in the world, and we refuse to leave them behind,” said Mayor Bill de Blasio. “I’m proud to have worked with Senator Schumer, NYTWA, and Marblegate to reach an equitable, sustainable solution that builds on the success we’ve achieved in reducing debt burdens for the hard-working drivers who keep our city moving.”

“I was so proud to broker a deal for desperately needed debt relief for hardworking taxi workers,” said U.S. Senator Charles E. Schumer. “The medallion debt crisis has gone on for years, taking lives and livelihoods. I commend Mayor de Blasio for his leadership, the New York Taxi Workers Alliance for their steadfast advocacy, and Marblegate for their good-faith effort to forge a workable solution. Together, we will bring this ongoing situation to a just resolution for the thousands of cabbies who work every day to serve this City.”

“After a long and painful journey, we made it home to victory,” said Bhairavi Desai, Executive Director of New York Taxi Workers Alliance, union of 25,000 taxi and app-based driver members. “Today marks a new dawn, a new beginning for a workforce that has struggled through so much crisis and loss. Today, we can say owner-drivers have won real debt relief and can begin to get their lives back. Drivers will no longer be at risk of losing their homes, and no longer be held captive to a debt beyond their lifetime. We are grateful to Mayor de Blasio for standing with the drivers and putting the might and the faith of the City to fix this crisis. We are thankful to Marblegate for working with us in good faith to reach a resolution. This resolution was not possible without Senator Schumer whose leadership secured funds and helped steer our ship.  And this victory was not possible without our broad coalition of supporters. The city we love had our back and so today we can say, we have won!”

“The TLC’s top priority is all TLC Licensees and the health of the Industry. We remain committed to the success and vitality of the Taxi segment and look forward to building on the success of the Medallion Relief Program in collaboration with Industry stakeholders and elected officials,” said TLC Commissioner and Chair Aloysee Heredia Jarmoszuk.

“Today’s agreement is a win for taxis, which are a critical piece of New York City infrastructure,” said Andrew Milgram, Managing Partner and Chief Investment Officer of Marblegate Asset Management. “It is also a testament to Ms. Desai and the many taxi drivers who have been tenacious advocates and who, along with the de Blasio Administration and Senator Schumer, have delivered meaningful debt forgiveness and a sizable reduction in drivers’ monthly loan payments.”

“This agreement will change the lives of taxi drivers across our city. Over these past few months — through a hunger strike, an arrest, and having spent night and day in front of City Hall — I have gotten to know many of these drivers and the reasons for their fight. They fight to put food on their family’s table, to keep their homes, to send their kids to college, to fight for those we lost to suicide, and to live a future free of the devastation of the debt crisis. To many, it felt like there was no way out. Thanks to the relentless organizing of NYTWA, the leadership of Senator Chuck Schumer, and the commitment of Mayor de Blasio to end the crisis created by the Bloomberg administration, we made this dream a reality. It is through solidarity with each other, that we finally got drivers what they deserve,” said Assembly Member Zohran K. Mamdani.