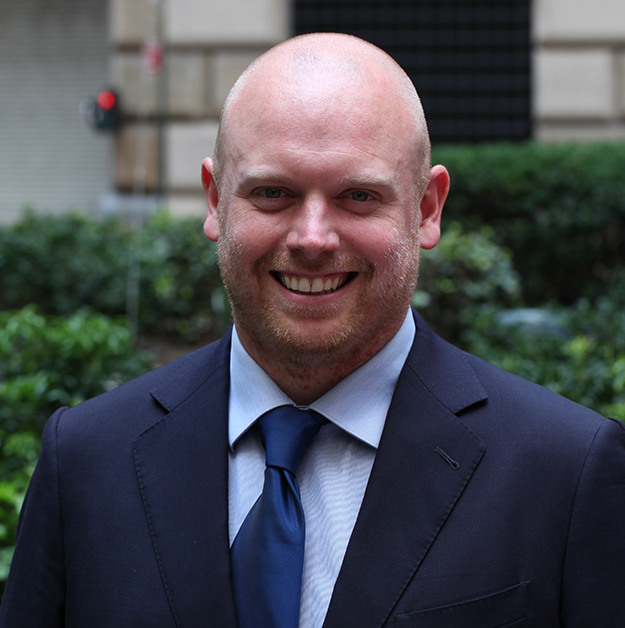 Mayor Bill de Blasio today appointed Lydon Sleeper as the new Director of the Mayor’s Office of Intergovernmental Affairs (IGA) representing constituents from Harlem to Hollis. As IGA Director, Sleeper will lead a team linking the Mayor and his Administration with public officials throughout the city as well as other governments at the City, State, and Federal levels.

“When the elected officials representing New York City work together in common cause, New Yorkers reap the benefits. At City Hall, that starts with a strong Intergovernmental Affairs Department,” said Mayor de Blasio. “Lydon has been an asset to this city at every step of his career, and I’m delighted to have his expertise and experience running my Intergovernmental Affairs team.”

“I’ve spent my career building bridges between communities, elected officials, and all levels of government, and I know what delivering results for New Yorkers looks like,” said Intergovernmental Affairs Director Lydon Sleeper. “I want to thank Mayor de Blasio and Emma Wolfe for the opportunity to lead the dynamic IGA team, and I look forward to continuing our work to make New York the fairest big city in America.”

Lydon Sleeper has held several senior positions in the de Blasio administration. He most recently served as Chief of Staff for the NYC Department of Housing Preservation and Development, where he helped develop Housing New York 2.0, the Mayor’s plan to create and preserve 300,000 affordable homes and helped create critical policies and programs to protect tenants throughout the City. Prior to that, he led the Government and Community Relations team at the New York City Economic Development Corporation, where he oversaw political and community engagement for administration priorities like NYC Ferry and a wide range of development projects throughout the five boroughs.

Lydon started his career in Queens in the District Office of Rep. Anthony Weiner and then as Chief of Staff to City Council Member Elizabeth Crowley. After serving as Deputy Advocate to then-Public Advocate Bill de Blasio, in 2014, Lydon joined the Department of Small Business Services, where he coordinated the agency’s intergovernmental work and advised on a wide range of policy issues.

A native New Yorker, he grew up in Westchester and New York City. He graduated from Xavier High School in Manhattan and received his undergraduate degree from the University of Wisconsin. He lives in Queens with his wife and two young children.

The Mayor’s Office of Intergovernmental Affairs coordinates the City’s interaction with the City, State, and Federal Legislative Affairs Offices, as well as the offices of the City Comptroller, Public Advocate and Borough Presidents. The office keeps the Mayor and the First Deputy Mayor informed about intergovernmental issues and is the liaison between the City and other governments, seeking to foster constructive links between the Administration and these entities.