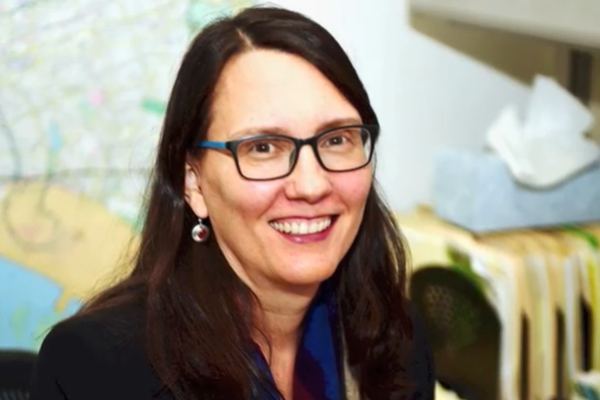 “Our parks are New Yorkers backyards, and caring for them requires a leader with experience, vision, and passion,” said Mayor Bill de Blasio. “Margaret is a time-tested public servant who will be an integral part of our recovery. I thank Mitchell for his 7 years of dedicated service to our parks and the people of New York City.”

“Our recovery must be rooted in equity, and our parks are one of the cornerstones of that effort,” said Deputy Mayor for Housing and Economic Development Vicki Been. “I am thrilled to work with Margaret in her new role – she’s been a forceful and creative driver of our investments in equity over the past few years and her extensive experience with parks will allow a seamless transition in leadership. I thank Mitchell Silver for his steadfast devotion to making our parks better, more welcoming, and much more equitable for all, and for making NYC Parks a great place to work and a model of efficient and effective service.”

“It is my honor and privilege to serve the City of New York. Thank you Mayor de Blasio for entrusting me to lead the gem that is NYC Parks,” said Acting Commissioner Margaret Nelson. “I would also like to offer a special thanks to outgoing Commissioner Mitchell J. Silver for his phenomenal leadership over the past 7-years. His culture of care and emphasis on health, happiness, and fun are all shared ideals I hope to bring to the table as I assume this new role. As the City continues to move toward recovery, we hope to keep our parks thriving, accessible, and equitable for all New Yorkers to enjoy.”

Nelson is a 7-year veteran of NYC Parks, most recently appointed Deputy Commissioner for Urban Park Services and Public Programs in May 2019 where she oversaw operations and staff from 36 citywide Recreation Centers, the Urban Park Rangers, and the Parks Enforcement Patrol units.

In addition to her most recent role, Acting Commissioner Nelson previously served as Commissioner Silver’s Chief of Staff.

She was a key member of the executive management team responsible for establishing agency policies, guiding external and internal communications, and managing stakeholder relationships including non-profit partners and elected officials.

Since joining the agency in 2014, Acting Commissioner Nelson has been responsible for helping to implement the administration’s vision for equity in public spaces, planning, and placemaking in parks, innovation and technology, and caring for parks.

She spearheaded a number of inter-divisional funding initiatives including securing more than $80M for replacement fleet vehicles and also helping establish a synthetic turf field maintenance and replacement model program.