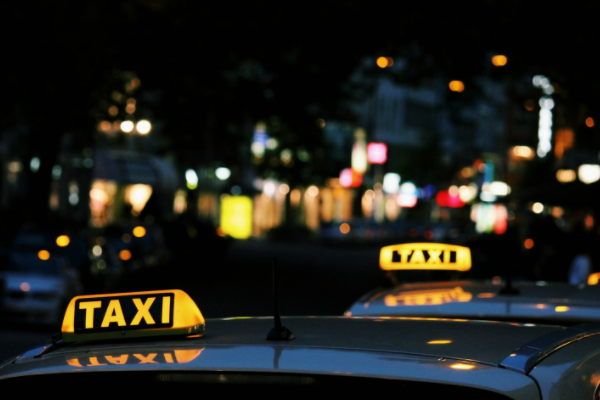 New York City Mayor Eric Adams today announced a reduction of the city’s vehicle fleet by at least 855 vehicles in an effort to save taxpayer dollars and reduce carbon emissions. The four percent reduction of the on-road fleet will focus on non-emergency vehicles, and will reduce the city’s fleet to its size in the Bloomberg administration.

In all, the plan announced today is expected to result in 5.13 million fewer miles driven per year — representing a 2,072 metric ton reduction in carbon dioxide emissions.

“We want to encourage New Yorkers to get out of their cars and use alternative forms of transportation — and the city must lead by example,” said Mayor Adams. “Today, we are both saving New Yorkers’ tax dollars and taking action to cut carbon emissions. By reducing the city’s car fleet through a targeted, data-driven approach, we can achieve our sustainability goals, while simultaneously exercising greater fiscal responsibility. Promises made, promises kept.”

“Right-sizing the city’s vehicle fleet is a meaningful step toward making our agencies operate more efficiently, delivering on yet another commitment the mayor has made,” said Chief Efficiency Officer Melanie La Rocca. “Only four months into this administration, we are setting a clear tone that we will leave no stone unturned when it comes to identifying opportunities for greater efficiency measures and delivering better results for all New Yorkers.”

Reductions will be made based on vehicle usage data, tracked by DCAS’s sophisticated vehicle telematics system, which provides real-time insight into the entire city fleet and how it is being utilized.

Vehicles that are underutilized will be prioritized for removal from the fleet.

The fleet reduction will reduce agency vehicle acquisition budgets by an estimated $13.7 million — city savings that will be announced as part of the mayor’s upcoming Executive Budget.

The reduction will focus on general use cars and will not impact emergency vehicles or other specialized units that provide critical services to New Yorkers.

The changes will be completed by September 1, 2022, and the vehicles will be removed from the fleet and auctioned off by December 31, 2022.

“DCAS is using fleet tracking data through our Fleet Office of Real Time Tracking to identify inefficient use or assignment of fleet units,” said DCAS Deputy Commissioner and New York City Chief Fleet Officer Keith Kerman. “Commuting will be authorized only where essential for emergency response, inspection, and field work within the five boroughs.”

“We must reduce the reliance on private cars on our streets and New York City can set an example for all New Yorkers,” said Manhattan Borough President Mark Levine. “Cars remain one of the largest sources of carbon emissions in the city, and I commend the mayor for emphasizing the reduction of the city’s fleet. Each car taken off the road will be a small victory for street safety, efficiency, and emissions reduction.”

“Mayor Adams’ sensible right-sizing of the city fleet is a prudent step toward reining in the city’s spending and making government more efficient,” said New York City Councilmember Robert Holden. “Trimming the fat in the budget is long overdue and I support the mayor’s efforts to make our tax dollars go further.”

“The Citizens Budget Commission applauds this important step toward a more efficient and sustainable city,” said Andrew Rein, president, Citizens Budget Commission. “We have consistently urged the city to increase the efficiency of citywide services, like fleet, procurement, and space. Reversing recent growth in the fleet is a positive move to reduce inefficiency and save money.”

“The New York League of Conservation Voters thanks Mayor Adams for fulfilling his promise to right-size the city’s fleet and reduce our government’s reliance on automobiles that are a key source of fossil fuel emissions and air pollution. This is a great example of how the city can lead by example and ‘Get Stuff Done’ for residents,” said Julie Tighe, president, New York League of Conservation Voters.

“Mayor Adams’ plan to reduce the size of the city’s vehicle fleet is an important step toward cleaner air, safe streets, and fighting climate change,” said Danny Harris, executive director, Transportation Alternatives. “Cutting the number of vehicles on our streets is key to reducing congestion and traffic violence, and we’re glad to see this administration’s commitment to get cars off the street.”

“We are encouraged by Mayor Adams downsizing the city’s fleet of cars while maintaining critical services that millions of New Yorkers depend on,” said Liam Blank, policy and communications manager, Tri-State Transportation Campaign. “We applaud the fleet reduction announced today, and we urge the city to continue exploring methods of taking cars off the road and incentivizing sustainable modes of transportation. This is a critical step in our ongoing mission to reduce traffic congestion, cut carbon emissions, and meet Vision Zero goals.”