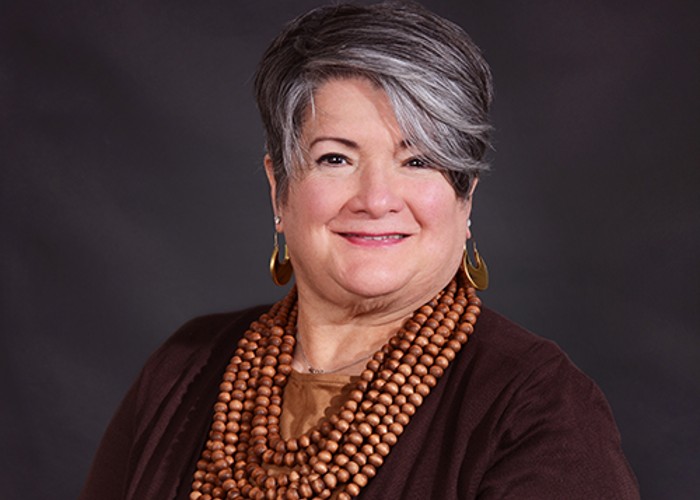 New York City Mayor Eric Adams today announced the reappointment of Lorraine Cortés-Vázquez as commissioner of the Department for the Aging (DFTA).

As commissioner, Cortés-Vázquez will continue to work to advance DFTA’s mission to eliminate ageism, ensure the dignity and quality of life of older adults, and support caregivers.

“Lorraine Cortés-Vázquez has dedicated her career as a public servant looking out for the needs of our city and aging population,” said Mayor Adams. “She has a proven record of championing to improve the quality of life of older New Yorkers, and I am proud to reappoint someone who will continue to work to ensure our seniors receive the support, services, respect, and dignity they deserve.”

“Lorraine Cortés-Vázquez has a proven record of a deep commitment to equity and dedication to underserved communities,” said Deputy Mayor for Health and Human Services Anne Williams-Isom. “She has shown this especially over the last two years, from ensuring consistent outreach and engagement with DFTA clients to continued resource delivery. New York City’s older adult population is not only growing in size, but also in diversity. This is something to be celebrated as they contribute to the vibrancy of our city every day and deserve someone who is going to fight for services needed to age in place with dignity and opportunity. I look forward to continuing to work with Commissioner Cortés-Vázquez and supporting her work to uplift older adults across the city.”

“Serving older adults has been a life-long priority and privilege of mine and — now more than ever — as the pandemic begins its decline, ensuring older New Yorkers have access to quality community-based services necessary to support their recovery is critically important,” said Commissioner Cortés-Vázquez. “I thank Mayor Adams for the opportunity to continue to serve as commissioner. It is our mutual goal to keep New York among the most age-inclusive cities in the country.”

“Congratulations to our Department for the Aging commissioner,” said Jo-Ann Yoo, executive director, Asian American Federation. “Since her tenure began, she’s been a champion of equity, recognizing that Asian American seniors have long been underserved. She has been an important listening ear to our community’s concerns. We are grateful for her friendship and leadership.”

“Commissioner Cortés-Vázquez has been a champion for New Yorkers 50-plus, and AARP New York is thrilled she will continue to lead the Department for the Aging,” said Beth Finkel, New York State director, AARP. “The commissioner has been a reliable ally in AARP New York’s fight to stop age discrimination and ensure older New Yorkers’ health and wellbeing are protected so they can age with dignity in their own communities.”

“We are excited that the mayor has recognized the great leadership of Commissioner Lorraine Cortés-Vázquez and has re-appointed her to the position at the Department for the Aging,” said Saeeda Dunston, executive director, Elmcor Youth & Adult Activities, Inc. “Our older adults deserve to have a fierce advocate like the commissioner, who led this vulnerable population and the agencies that serve them, during the difficult and scary times at the height of the global pandemic. She has worked to get equity in funding for communities of color and to assist with our older adults to age at home with their loved ones. Elmcor looks forward to partnering and supporting Commissioner Cortés-Vázquez as she has with us. We will continue to work together to bring quality services to our older adults in New York City.”

“Encore Community Services congratulates Lorraine Cortés-Vázquez on her reappointment as commissioner of the Department for the Aging,” said Jeremy L Kapan, executive director, Encore Community Services. “From innovating home-delivered meals by adding multicultural meal choices, to reimagining the way older adult centers can leverage community partnerships, to launching and championing an inspirational public relations campaign to combat ageism, the commissioner’s heartfelt leadership has made New York City a better place to age and we are excited to see what the next chapter of her tenure as commissioner will bring.”

“I am thrilled to congratulate Lorraine Cortés-Vázquez on her reappointment as commissioner of the New York City Department for the Aging,” said Claudette Macey, executive director, Fort Greene Council, Inc. “Cortés-Vázquez was first appointed commissioner in April 2019 and, in less than 12 months of her appointment, we were faced with the COVID-19 pandemic. During this difficult time, she worked closely with her Department for the Aging community partners to provide vital services to older New Yorkers and showed solidarity with community partners by offering her support and assistance. I am confident she will be able to continue to achieve the Department for the Aging’s mission to eliminate ageism and ensure the dignity and quality of life of diverse older adults.”

“We are pleased and excited that Mayor Adams has reappointed Lorraine Cortés-Vázquez as commissioner, where she will continue her dedicated and transformational leadership of the New York City Department of the Aging,” said Frankie Miranda, president & CEO, Hispanic Federation. “Under her tenure, the DFTA has instituted best in class models of service and strengthened its outreach and programs for elderly Latinos and other multicultural communities.”

“On behalf of Neighborhood SHOPP, a Department for the Aging-funded partner for over 40 years, I commend Mayor Adams on the re-appointment of Lorraine Cortés-Vázquez to serve as commissioner for the Department for the Aging,” said Katherine Martinez, president & CEO, of Neighborhood SHOPP. “Her extensive experience and proven track record during one of the most challenging periods in the department’s history demonstrate her dedication to addressing the complex and diverse needs and strengths of New York City’s vibrant older adult population.”

Lorraine Cortés-Vázquez has over three decades of experience in the government, private, and non-profit sectors. Since April 2019, she has served as the commissioner for DFTA.

She also serves on the Metropolitan Transportation Authority Board and on the Board of Trustees for The City University of New York, the largest urban public university system in the world.

Previously, Cortés-Vázquez worked at AARP as the executive vice president for Multicultural Markets and Engagement, and as the president and CEO of the Hispanic Federation, a network for Latino organizations throughout the East Coast.

Earlier in her career, Cortés-Vázquez served the city as bureau chief for Bureau of Program and Resource Development for DFTA for 14 years and managed the Fund for Aging Services, Inc., a public-private venture of DFTA.

Cortés-Vázquez obtained her undergraduate degree from Hunter College and earned a master’s degree from New York University’s Robert F. Wagner Graduate School of Public Service. She is a Toll Fellow and has earned certificates from Harvard University’s John F. Kennedy School of Government and Columbia University’s School of Non-Profit Management.

Cortés-Vázquez will report to Deputy Mayor for Health and Human Services Anne Williams-Isom.