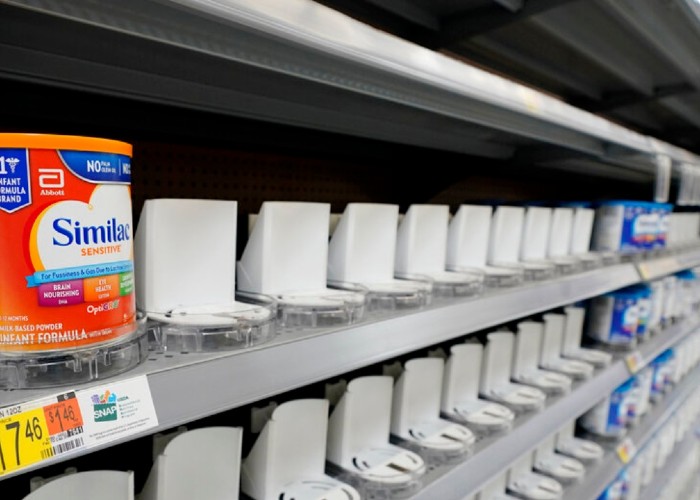 New York City Mayor Eric Adams today signed Emergency Executive Order 98 (EEO 98), declaring a state of emergency related to the shortage of supply in infant formula. The order will empower the New York City Department of Consumer and Worker Protection (DCWP) to prevent price gouging for formulas under section 5-42 of Title 6 of the Rules of the City of New York.

The effort comes as the United States grapples with a nationwide shortage of infant formula, stemming from a voluntary recall and temporary closure of a facility by Abbott Nutrition, one of the largest formula providers in the country.

“The nationwide infant formula shortage has caused unimaginable pain and anxiety for families across New York — and we must act with urgency,” said Mayor Adams. “This emergency executive order will help us to crack down on any retailer looking to capitalize on this crisis by jacking up prices on this essential good. Our message to struggling mothers and families is simple: Our city will do everything in its power to assist you during this challenging period.”

“The nationwide infant formula shortage is hurting parents and families across our city at a time when we’re all still reeling from the crisis of past two years,” said Deputy Mayor for Health & Human Services Anne Williams-Isom. “This executive order will ensure all of our agencies can use every tool in their toolkit to get infant formula to those who need it and make sure our youngest New Yorkers stay.”

“As the national baby formula shortage is playing out locally, we are using the tools available to us to protect consumers and working families,” said Deputy Mayor for Economic and Workforce Development Maria Torres-Springer. “The actions we are taking with this emergency declaration and executive order sends a clear message to any unscrupulous actors that may try to take advantage of this situation: not in New York City.”

Nationwide, over 40 percent of large retailers are out of stock of formula, including 43 percent of retailers in the tristate area, according to the most recent data estimates.

Earlier this week, U.S. President Joseph Biden invoked the Defense Production Act to direct suppliers of formula ingredients to prioritize delivery to the manufacturers of formula.

New Yorkers who are overcharged for formula can file a complaint with DCWP online at nyc.gov/dcwp or by calling 311 and saying “overcharge.”

“As New York’s consumer protection agency, we are committed to ensuring retailers do not take advantage of this nationwide formula shortage for their own financial gain,” said DCWP Commissioner Vilda Vera Mayuga. “Under this new executive order, DCWP will enforce against any instances of price gouging, and we encourage any New Yorker who sees significant price increases in infant formula to report it to 311.”

“At its core, the nationwide infant formula shortage is a public health issue, triggered by failings in our economic and regulatory systems,” said Health Commissioner Ashwin Vasan. “New York City parents and caregivers who rely on formula to feed their babies deserve stable access for their children’s healthy development and nutrition. We are committed to working in partnership with our sister agencies to ensure a steady supply of formula for all New Yorkers.”

“We know that shortages in critical goods often affect our city’s most vulnerable, especially those New Yorkers and their families who rely on city services,” said DSS Commissioner Gary Jenkins. “DSS will work collaboratively with partners on the city, state, and federal level to meet the need for infant formula and fill any supply gaps, especially for those with the greatest level of need.”

“The Mayor’s Office of Food Policy’s core mandate is to promote policies and initiatives that improve food security and increase access to healthy, nourishing foods, and nothing can be more urgent than providing necessary sustenance to our youngest and most vulnerable,” said MOFP Executive Director Kate MacKenzie. “While the shortage is playing out on a national scale, we know that the pain is being felt acutely at the local level — and we will do everything in its power to provide meaningful relief for New York City families who are struggling to find the affordable, accessible formula.”